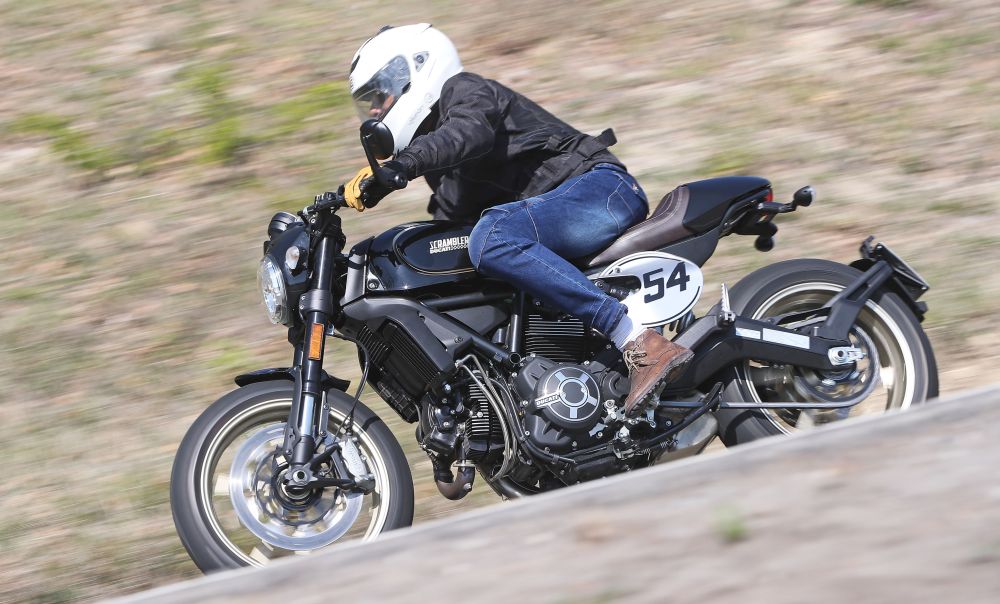 The Ducati Scrambler Café Racer was recently launched in Bologna, Italy, birth place of Ducati. The press launch saw journalists and bloggers from all over the world gathered around this new sexy looking Café Racer.

The bike is a tribute to a famous Ducati racer by the name of Bruno Spaggiari thus his number plate “54” is found on the bike which gives it a sportier look. The Black Coffee colour and gold on the bike, recaptures the 900 Super Sport during the 1970s. At present there are no other colours except the Black Coffee.

Meanwhile the clip on handlebars with round rear view mirrors further enhances the look of the bike. Sweet.

The sporty look of this bike is very well captured by the Termignoni exhaust with dual tailpipes coupled with black anodized aluminium cover, huge mudguard, the nose fairing and the huge 54 number plate on the side panel under the seat.

The power plant of the 803cc Ducati Scrambler Café Racer is the air and oil-cooled twin-cylinder Desmodue engine. 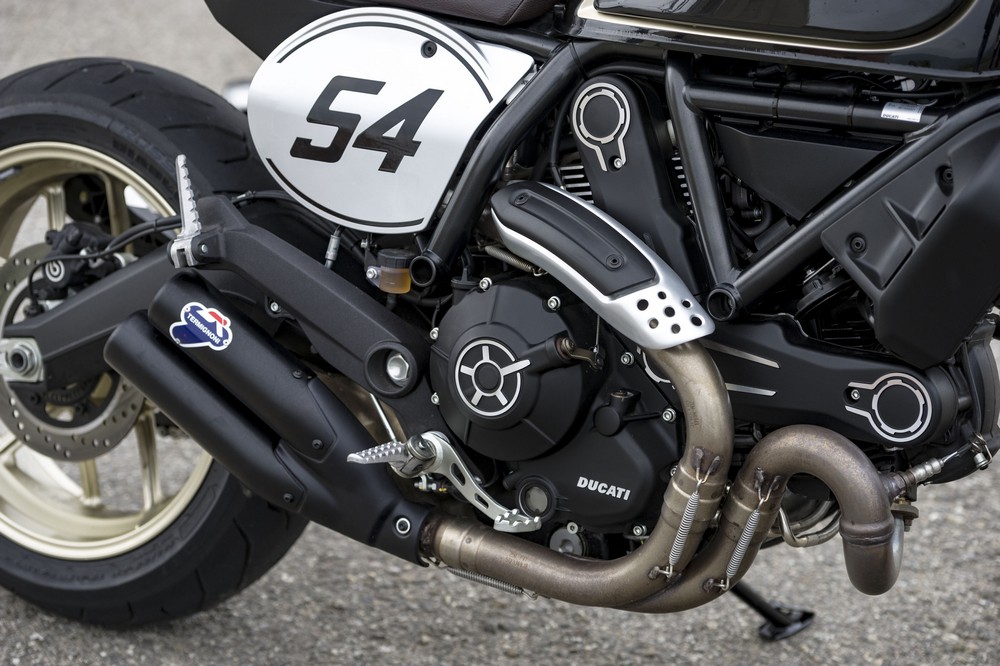 Each of the journalist were given a café racer to be reviewed. Our ride started at about 9am and ended around 4pm. The ride took us through Bologna town and onto the hills.

We clocked about 200kms and encountered nothing less than 1,000 different types of twists and turns. You name it - hair pin, sweeping corners, tight corners, blind corners and many more.

The minute I thumbed the starter and twisted the throttle, I realised that the bike is not snatchy but rather smooth.

It takes few twists on the throttle before the bike moves thus making this machine very friendly especially for any novice riders. For the veterans, they might term this as a lag in the power delivery. 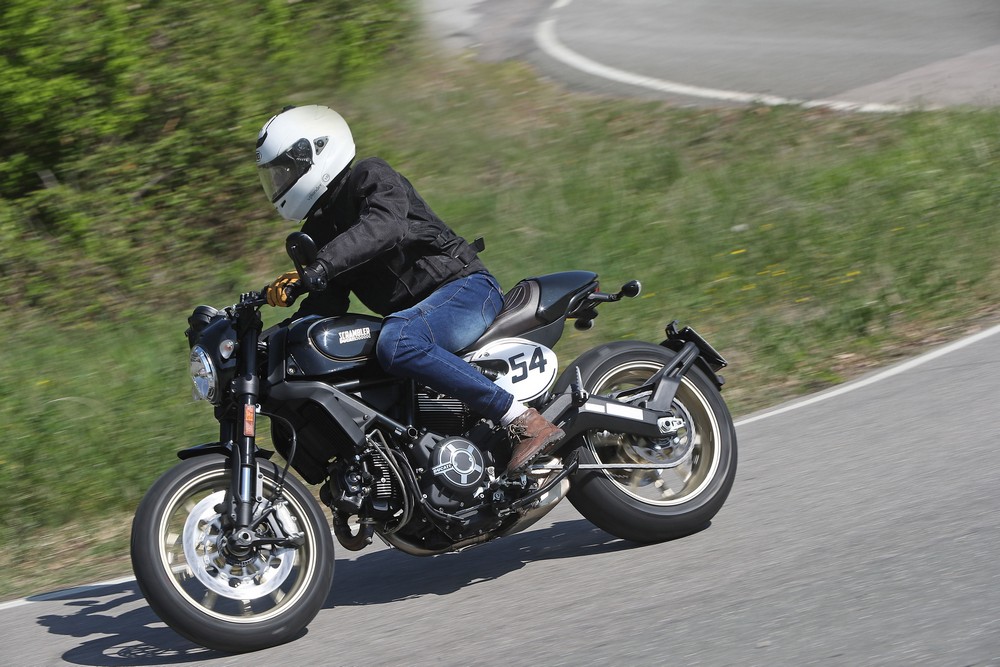 The ergonomic of this bike is less challenging compared to many other café racers in the market. This new creation has a more comfortable sporty riding position ie much more upright yet easy to handle the bike.

This is perfect for those who are young at heart but the body is unable to take the classic café racer sitting position.

The bike only weighs 188kg, thus riding on the bike and conquering all the corners in Bologna were fun.

I was flicking the bike to the left and the right at ease without any hesitation and you don’t have to worry of running the foot pegs onto the tarmac. There is more than enough ground clearance. The clutch, gear and throttle response are flawless. The clutch is light, three fingers are good enough to manage the clutch. The gearing is smooth in any speed you are. Dropping or gearing up is effortless and I did not even realise it.

On the freeway, I decided to throttle up to 3,200rpm at 105kph and pushed it gently to 6,000rpm. The horsepower of the bike climbed gradually and there was no lag at every gear upshift. It was smooth as silk. In fact when I started dropping gear from 6th gear to 1st gear, it was effortless.

When you are on a café racer, it is only obvious for one to push the limit, so I decided to push the bike to 190kph on the sixth gear.

And I was amazed the amount of power the bike has and throttled further and there is more to come. It was just too much for me. 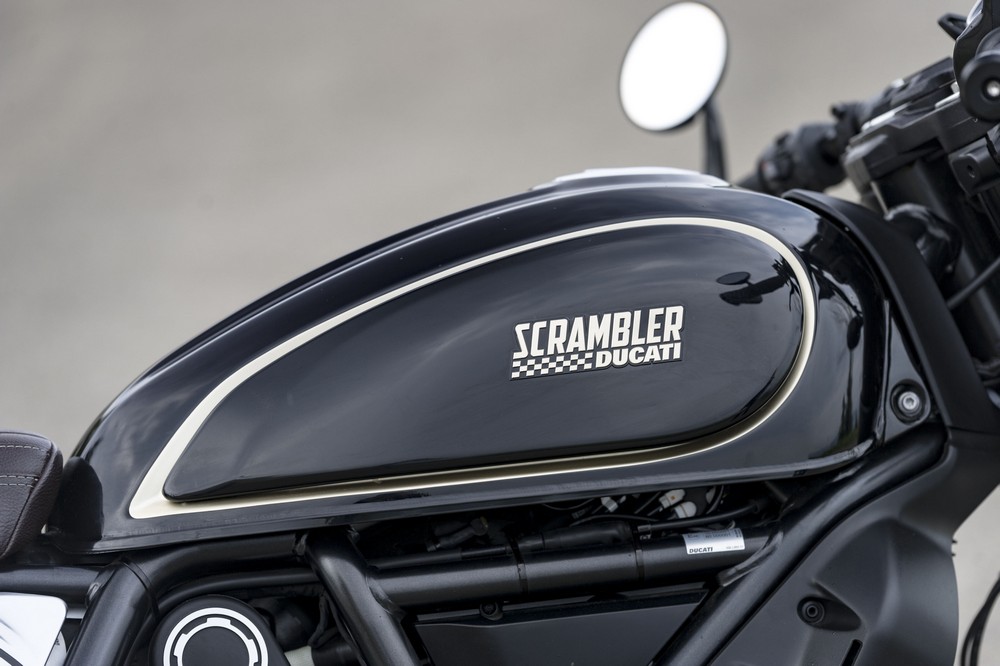 While riding this machine which is mated to a six-speed transmission, it was very apparent to me that the twin cylinder engine offers nothing but flawless engine performance.

The café racer was delivering 75hp at 8,250rpm and a torque of 68Nm at 5,750rpm. Meanwhile on the endless technical mountain corners, I was either on third or fourth gear.

Entering and exiting corners were fun especially with this nimble bike and not to forget the sturdy chassis which was able to hold everything together. The Ducati was stable in any corners and that gave me the confidence to push the bike harder.

I took few mid-corner dives and the bike glided naturally. The response of the bike towards my riding style be it slow or fast is simply amazing especially in the windy mountains. 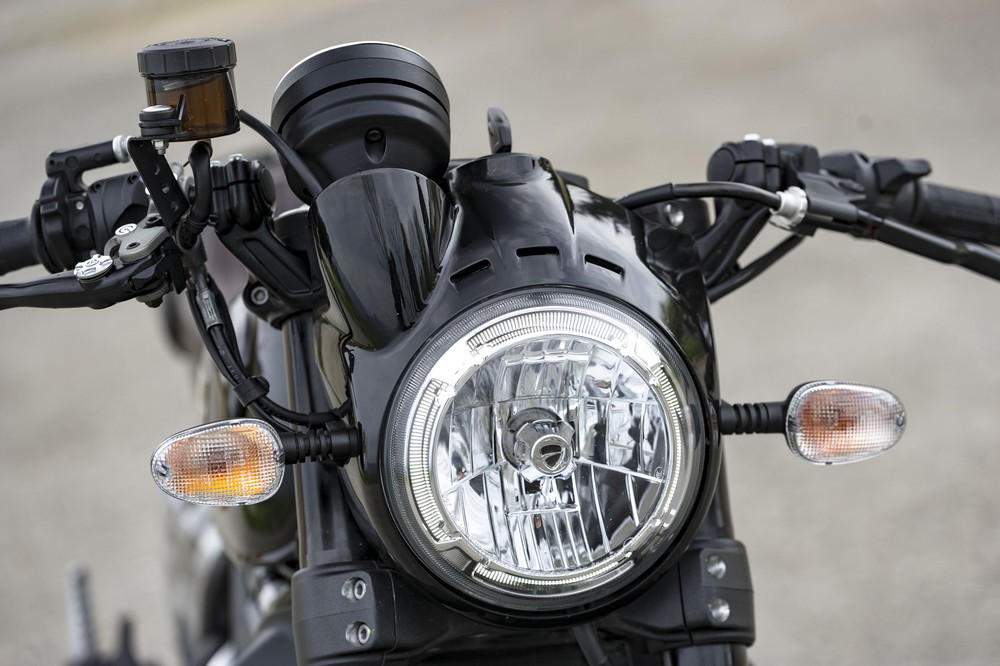 It will not be too much to say that the Ducati Scrambler Café Racer is definitely an extension of the rider. Agility and stability were the order for the day. On a few occasions while riding down the mountains, I encountered few uneven roads.

The suspension of the bike kept me from being thrown off. The bike was able to absorb all the humps and bumps graciously. The front fork which was firm yet flexible, did not let the bike lunge forward every time I braked.

Meanwhile the rear suspension is equally good. Ducati has always believed in Brembo brakes and to-date Brembo has delivered its promise of keeping every rider safe.

And this café racer is no exception; the café racer is fitted with 330mm disc, Brembo radial four-piston callipers. And the rear comes with 245mm disc held by a calliper with a 32mm piston. Anti-lock braking system (ABS) is standard and can be switched off if need to. 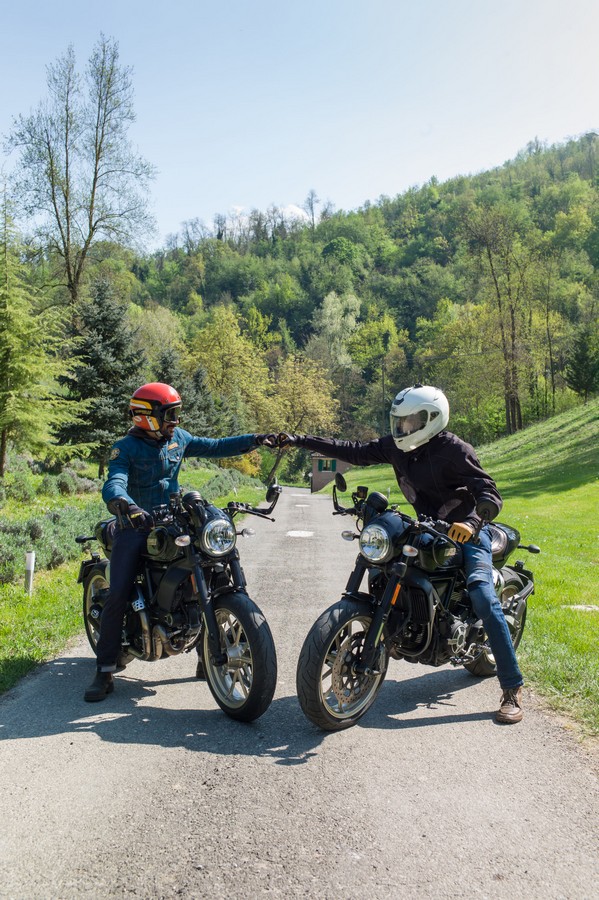 Final verdict, the overall experience of the bike is what a café racer should be. Sporty yet, very tamed compared to the other Ducati’s high performance motorcycles.

Ducati Scrambler Café Racer is an expression of free spirit and emblem of style.

Psst… Next Bike Sdn Bhd, the sole distributor of Ducati motorcycles in Malaysia, is taking bookings for this bike now.

What are you waiting for? 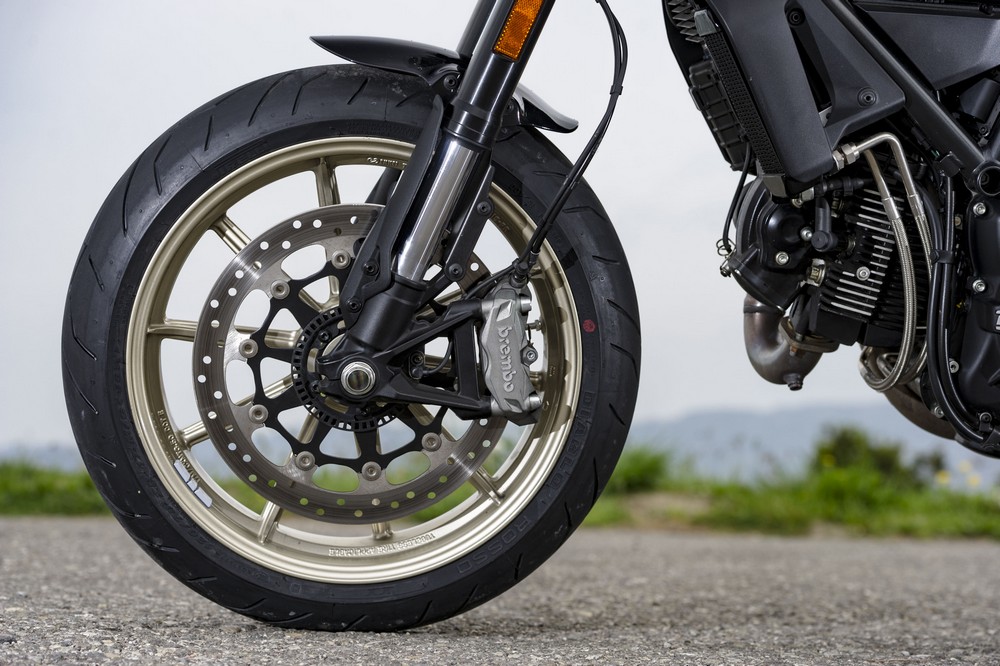 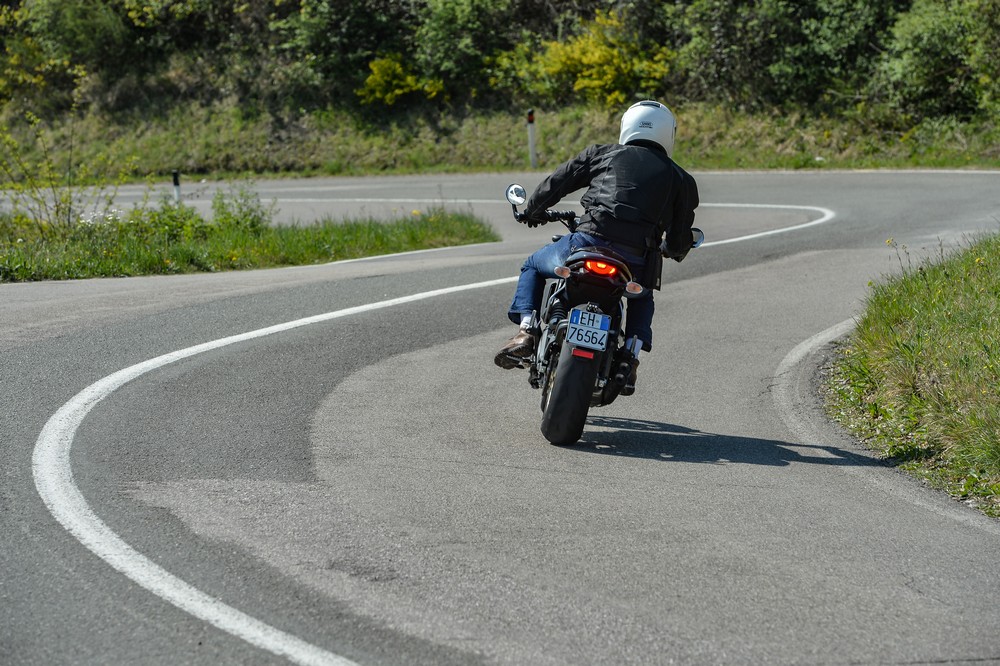