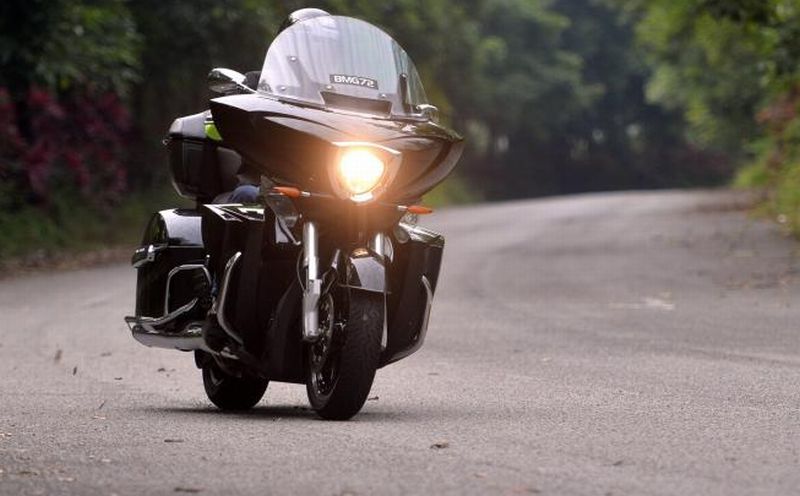 When I was offered to review the Victory Cross Country Tour, I immediately got four of my riding buddies to join me on a trip to Siem Reap, Cambodia which we called the Gorden Ride.

This ride was inspired by the late Gorden aka Ahmad Gorden Omar (an experienced motorcycle overlander). The folks at Victory were happy with my decision, because this will the first Victory Cross Country Tour in the world that will make it to Siem Reap. The 4,300km round trip from Kuala Lumpur to Siem Reap, Cambodia took us nine days. It was definitely an epic ride for me and the Victory Cross Country Tour. 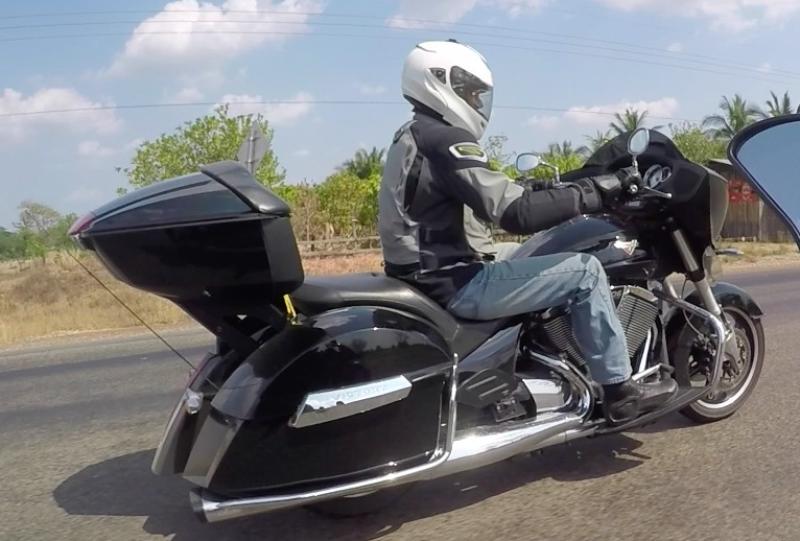 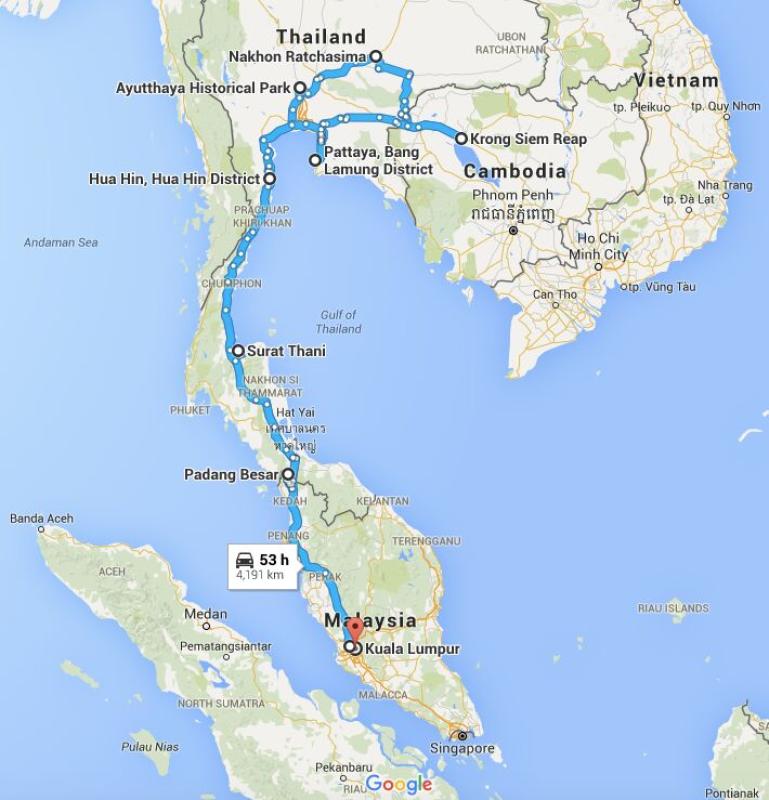 The bike comes with a cargo space of 155.6 litres (world’s largest space storage for a motorcycle). So I brought everything from my home except the sink for this trip... you know what I mean. This bike is also equipped with basic riders aide - three 12V chargers, easy to read instrument that has useful information like fuel status, speed, engine rev, voltage plus a digital gauge that offers time, gear indicator, temperature, trip meter, odometer, ABS and of course audio system with four speakers.

On every available highway from Malaysia to Siem Reap, I pushed the bike really hard. The Cross Country Tour is at its best when I was riding circa 3,100rpm. The power was plenty from here onwards. The punch was gradual yet lightning fast so gear upshift was a breeze, there was no lag in the response from the clutch and gear. It was smooth as silk.

The minute we passed Padang Besar immigration, we sped off ensuring that we reach Surat Thani before dark.
At that point in time, I realised that on the first gear, the Victory is able to clock 80kph. I was clocking close to 100kph on second gear. Meanwhile on the sixth gear, I was ripping the highway at an unbelievable speed for few minutes. It was scary but at the same time exhilarating. Woo-hoo!

The seats are wide and firm on the Victory. While riding on the bike for nine days, clocking average of 500km per day, my cheek bum was very happy. Even though I did not have a pillion rider with me, from the look of the design, it is quite obvious that it is plush and comfortable. While riding in the back roads of Hua Hin, Thailand to O’smach, the winding roads put the Victory’s suspension and frame to test, which the bike passed with a big A.

The bike did not wallow or plunge forward. The front inverted fork with 43mm travel ensured that I had a pleasant riding experience and the rear mono shock kept my tail bone from being punished by the occasional bad roads that still gives me the creeps till today. On our way from O’smach to Siem Reap, we rode through a barren land as far as our naked eyes could see; where we experienced a strong crosswind for a good 30 minutes. We had to lean to our left, going against the cross wind to keep our bikes up right. 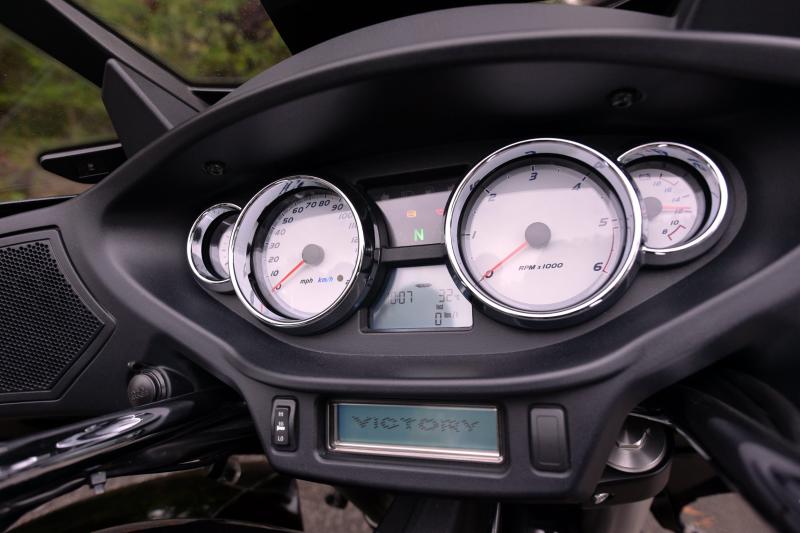 The sturdy chassis of this bike ensured my safety despite the strong crosswind. Right after the strong cross wind I was forced to ride on 20km stretch of unpaved road which was laid with loose stones on red earth. It took me few minutes, which felt like forever; being able to find the right speed to keep the momentum of the heavy bike without dropping it.

This herculean task was also partly possible due to the sheer size of the bike which assisted me to tackle the uneven roads without compromising my safety. One thing I must caution readers, a lot of muscle power is needed to push this bike from an idle position. I struggled few times especially in tight corners in the cities that we rode through.

However if the owner of the bike is at least 80kg and above; this bike will not a pose a problem at all. We encountered heavy rain from Hat Yai on our way back to Malaysia, on two occasions I had to slam the brakes to avoid a big pothole and an oncoming car on to my lane while overtaking a truck. 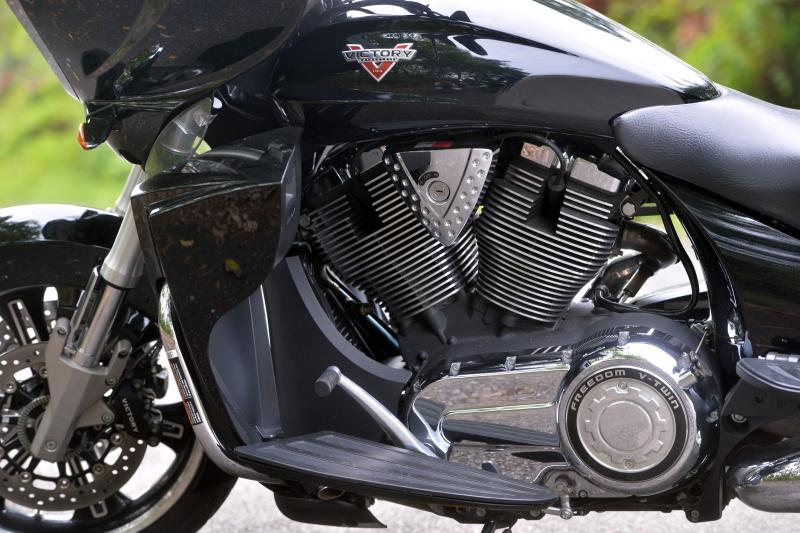 The brakes definitely kept me in one piece. However, the rear brake can be very sensitive so a bit of caution must be exercised to slow this 400kg of a beast down safely.

My ride with the Cross Country Tour has been nothing less than magnificent. The bike is big but agile, powerful, beautiful and reliable. I would strongly recommend this American bike to anybody who is shopping for a luxury tourer.

Without a shadow of doubt, no one will ever regret buying this RM188,800 machine. 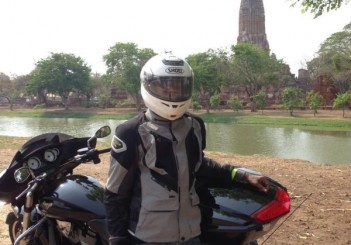 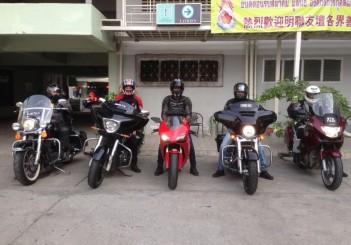 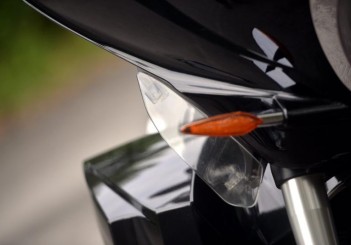 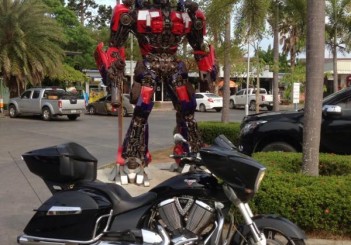 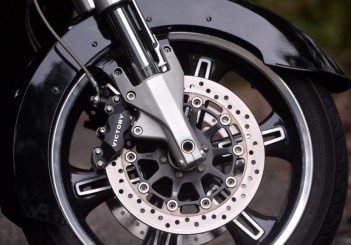 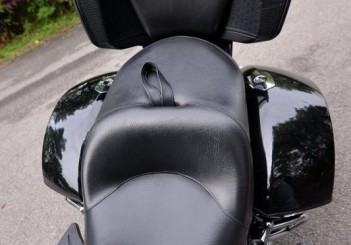 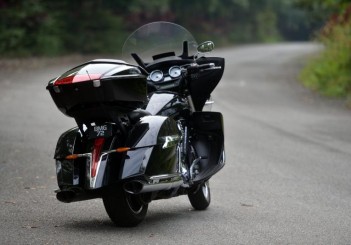 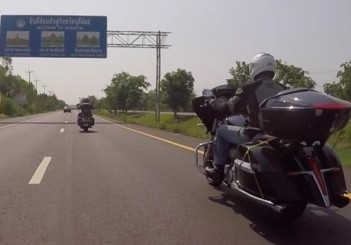 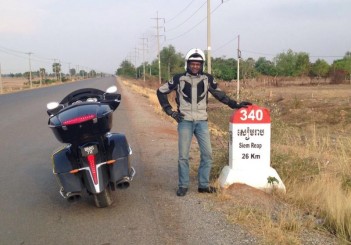 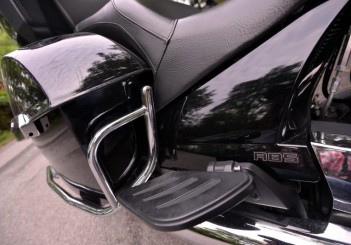 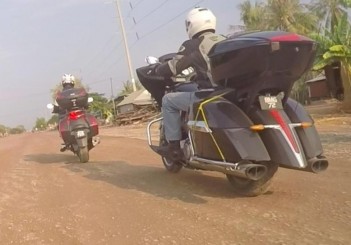 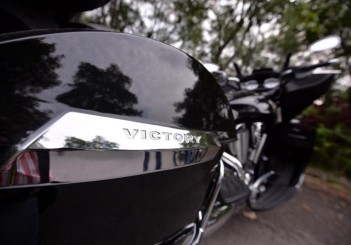