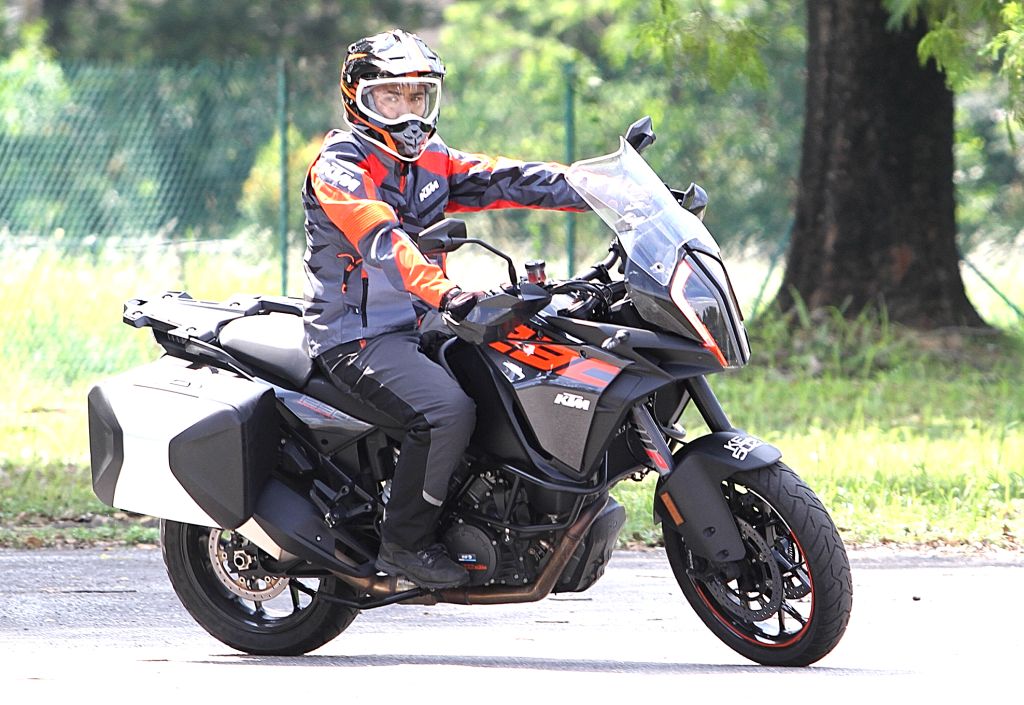 Adventure motorcycles are popular nowadays, and many brands are always trying to outdo each other to find favour with buyers.

The engineers at KTM decided to build an adventure model which would inject a fresh perspective and break away from the standard mould. They designed a bike that has all the riding aid that any rider could think of. Well, almost all.

The KTM 1290 Super Adventure S offers traction control, four riding modes, cornering ABS and semi-active suspension plus a motor slip regulator which prevents the rear wheel from locking upon downshifts. It also has hill-start assist to stop backward rolling at a slope. 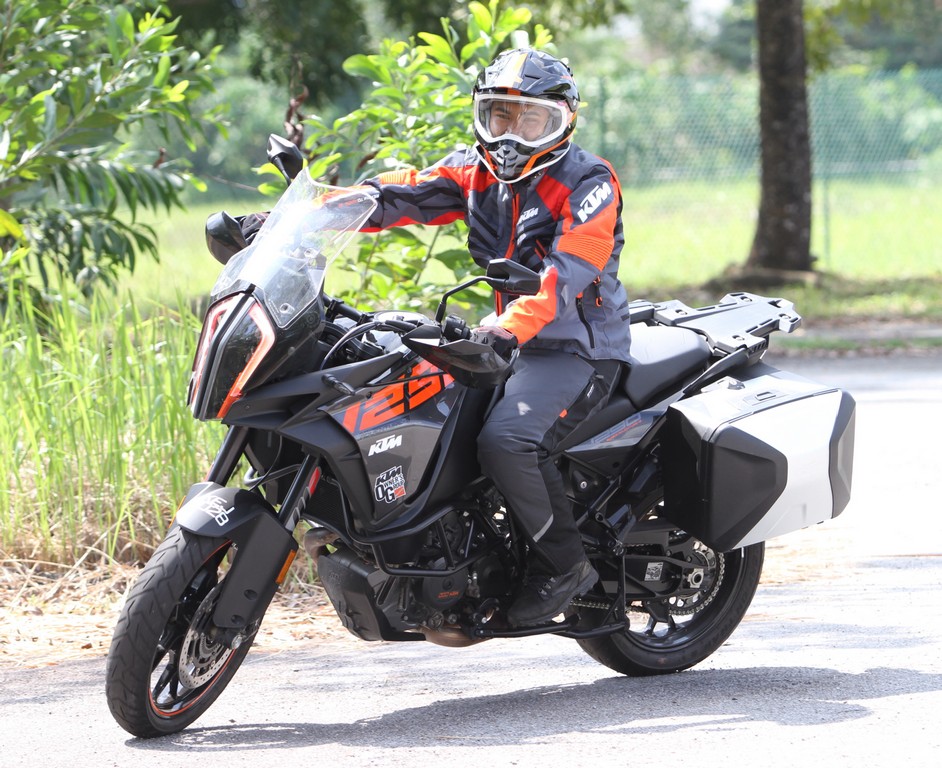 And of course, there are also cruise control, tyre pressure monitoring, a new colour TFT dash and a pocket and USB charging port for smartphones.

The 6.5-inch TFT display on the Super Adventure S is perfectly intuitive to navigate and visually crisp. The headlight has a unique design that reminded me of the mask of the Predator creature from the 1987 movie that starred Arnold Schwarzenegger.

But I was told that the design was inspired by the human lungs. Hmm…didn’t look like it to me.

It is a vertically split headlight design with daytime running lights and LEDs for low and high beam. The cornering lights, meanwhile, come on when the bike leans during turns.

On the first few attempts, I could not start the engine right after turning on the ignition. I had to press the start button few times before I was able to crank the engine. 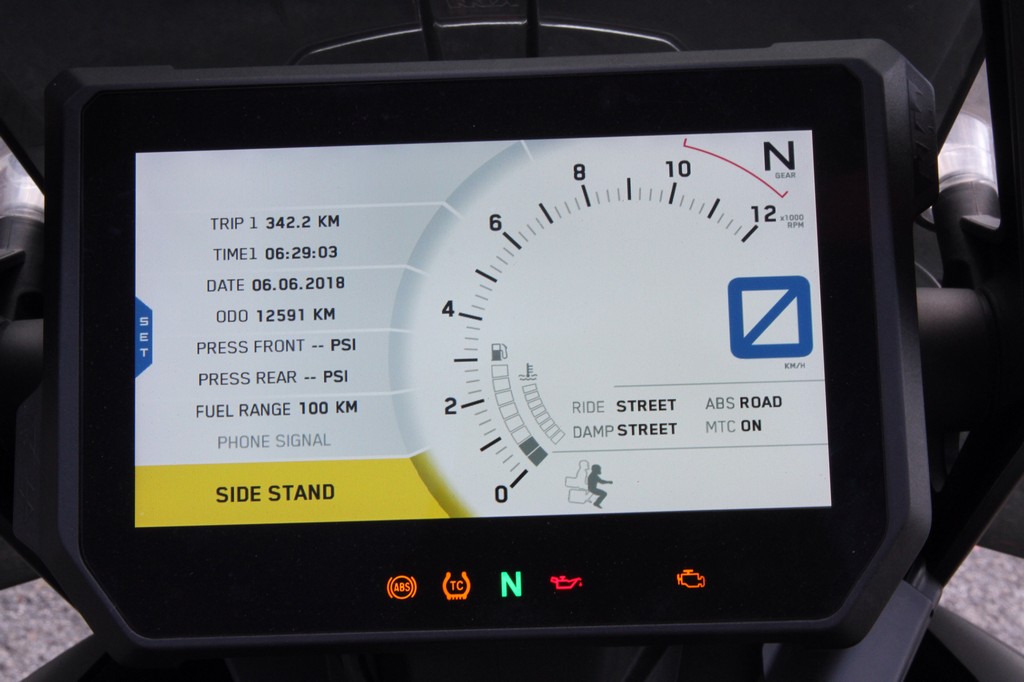 After a few more attempts, I realised that I had to wait for a few seconds after turning on the ignition before I could hit the start button.

The TFT display and the ECU need to be operational before the powerplant kicks in. As mentioned earlier in the article, the bike comes with four riding modes, which are comfort, street, sport and off-road. Each of these modes can change the suspension setting for a particular ride behaviour. These modes can be controlled while on-the-fly.

The riding modes are very responsive, I could feel the change of the suspension characteristics immediately. Amazing technology.

You ride in a comfortable upright position. The arm, leg and sitting offers a perfect triangle riding stance. Being a 6ft tall fella, I was able to plant my foot on the ground especially in start-stop traffic. 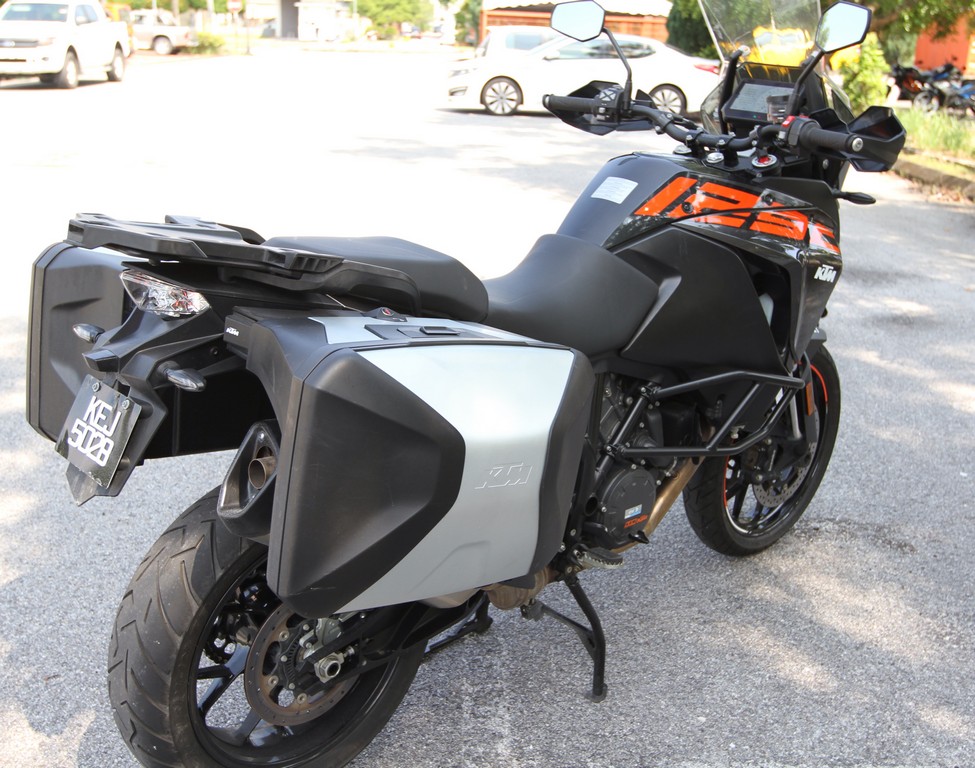 I decided to test the suspension of the 1290 Super Adventure S at Genting Highlands and Bukit Tinggi. After a few hours of riding in all types of corners and sweepers, my verdict is the suspension has no flaws and it held the riding line well.
Even under heavy braking, the suspension was firm enough to give me the confidence to continue riding without fearing losing control.

I selected two of the four riding modes which were street and sport while on the two hills. These modes allow suspension control unit to adapt the damping rates in real time to the road conditions and my riding style.

When I braked before entering a corner, damping at the front fork was increased to prevent dive.

Meanwhile, on less challenging off-road environment in Ladang Ayer Tawar in Manjung, Perak, I was able to tame this machine with the off-road mode. 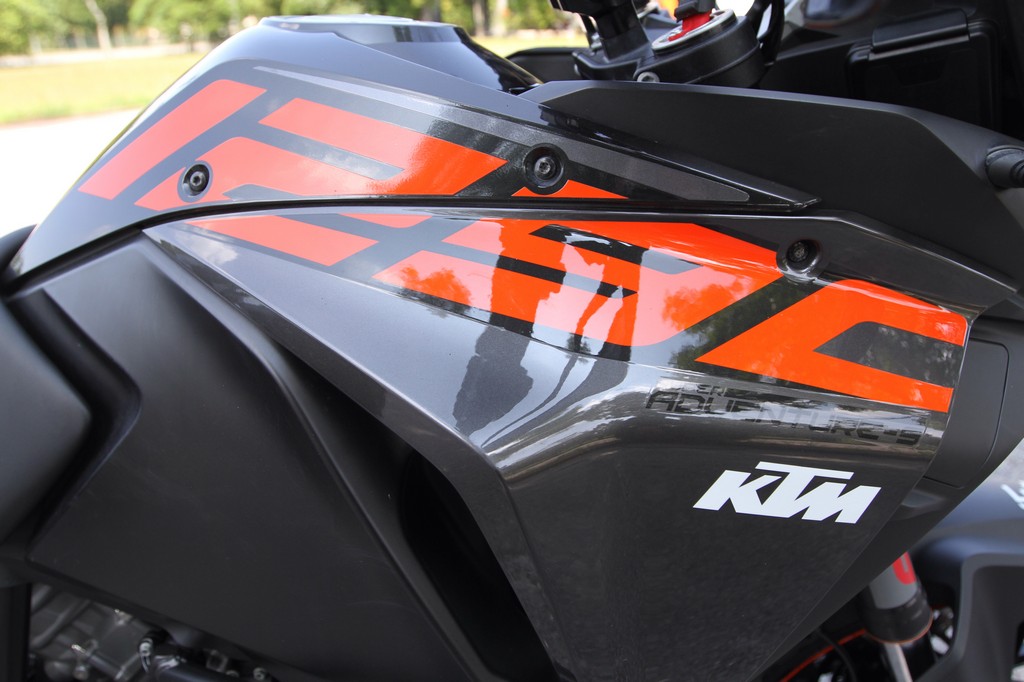 On three occasions I rode the bike in the estate at about 80kph and could not believe that I could do it without falling flat on my face.

Don’t forget that with so much power, the front wheel can become very light, which could lead to unpleasant kick-back on uneven roads.

The Super Adventure S prevented this with a subtle WP steering damper that kept me from being thrown off the bike.

On highways, this bike has so much power, it is unbelievable. The Super Adventure S is a great long-distance machine.
Every time I twist the throttle, the bike glides on the tarmac effortlessly. It was so tempting to push it to the red-line, but my editor’s face kept popping up in my mind, thus making me restrained myself.

Most of the time I was either in sport or comfort mode on highways. The difference in the ride is obvious. Sport was fun where acceleration was fast, and I was able to give my riding mate’s Ducati Pannigalle a good workout. 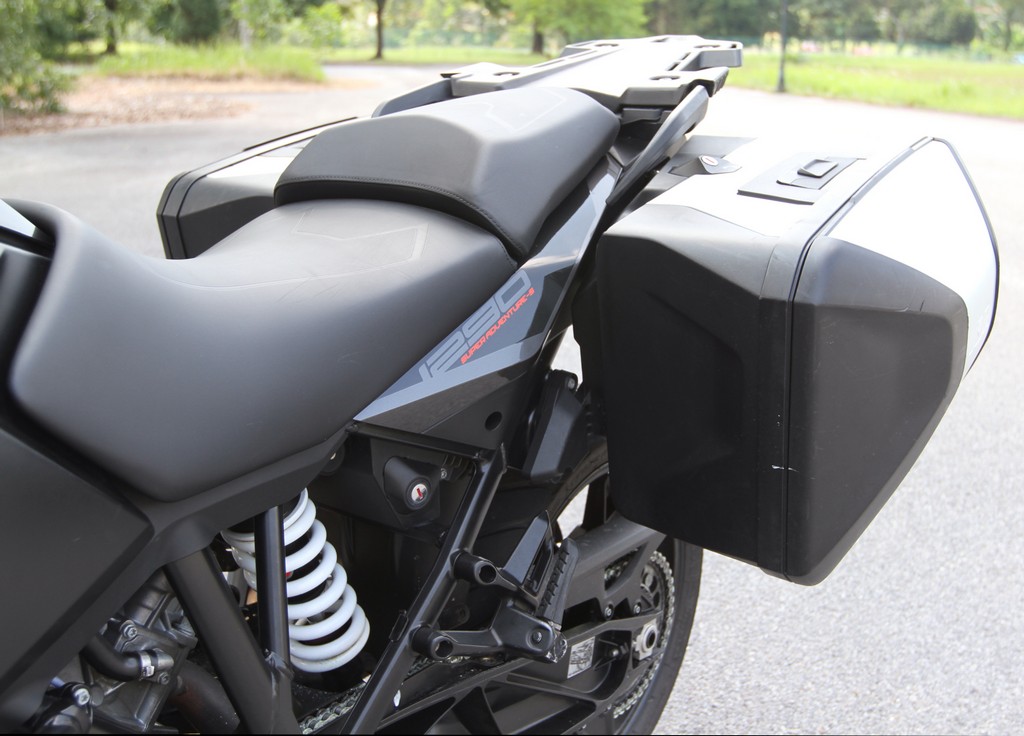 Truth be told, the red machine disappeared in front of my eyes after a few minutes of intense challenge, Only later was I able to catch up with him at one of the rest areas along Karak Highway.

For long easy rides, the comfort mode is perfect. The power and torque delivery are much more smoother and less strained.

The sixth gear on this bike serves as a long overdrive, saving fuel and adds to your cruising comfort. A must-mention is the bike’s cornering lights.

While taking the winding roads on my way down from Genting Highlands at about 8pm, the cornering LEDs did just what they were supposed to ... illuminating the dark turns and making them more visible.

The cornering lights seemed to match perfectly with the trajectory of the turn, as though lights have a mind of their own.

Price at RM108.490 (with 0% GST) the Super Adventure S is designed to serve any riders with fun, exciting and safe riding.

You can trust this machine without a shadow of doubt. 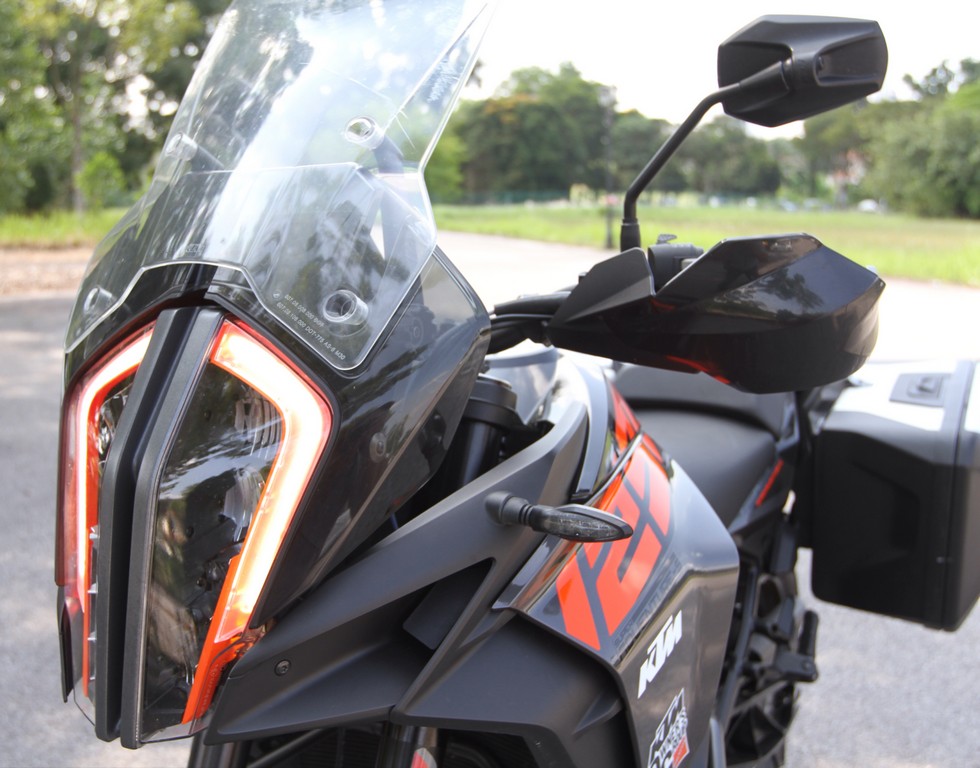 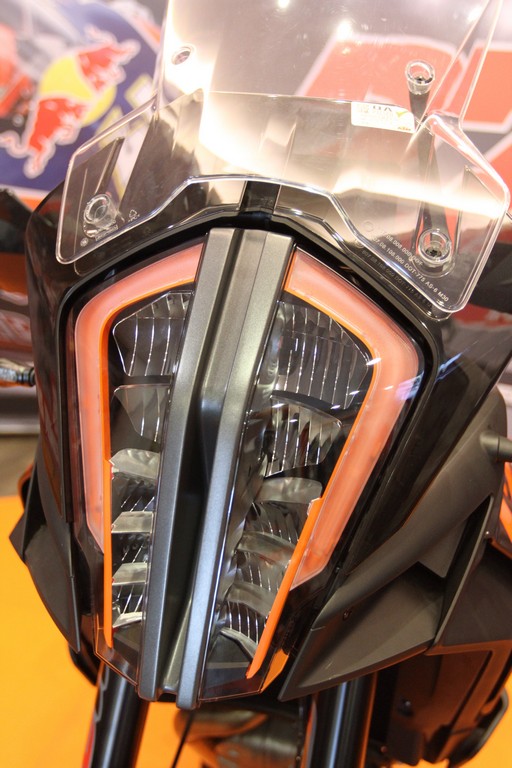 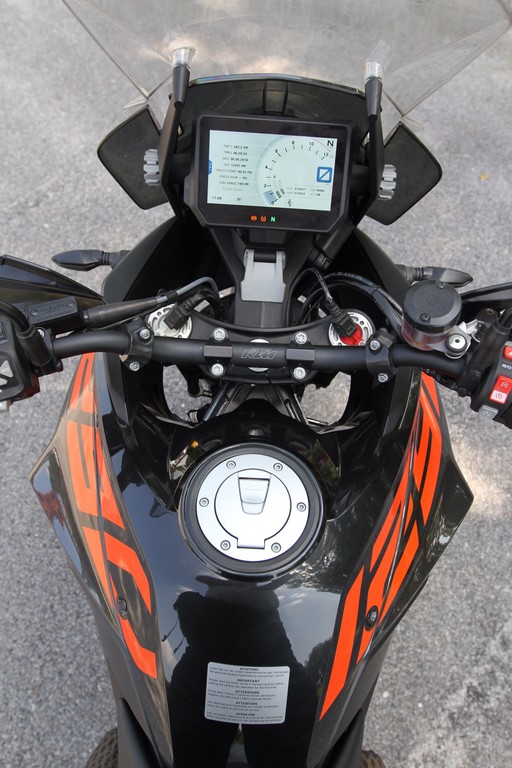 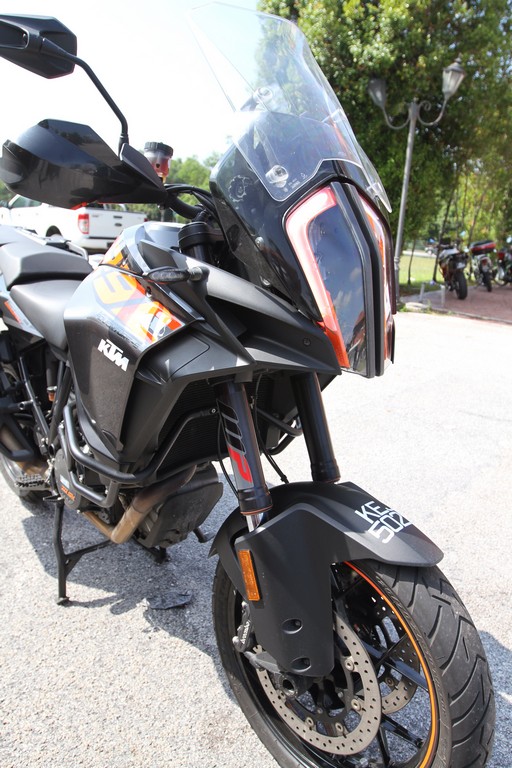 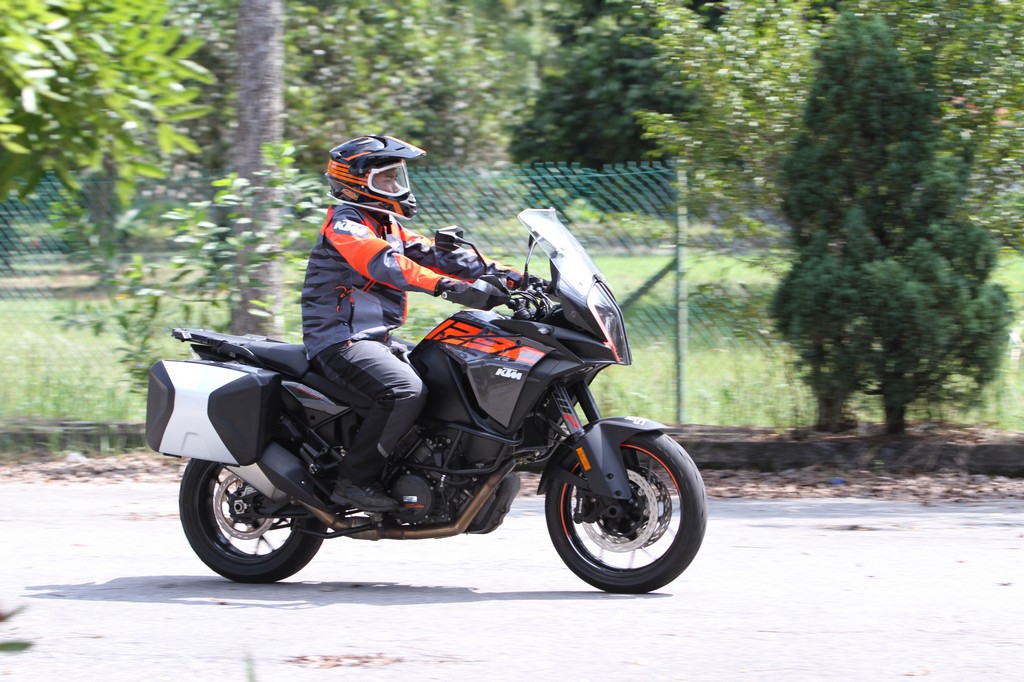