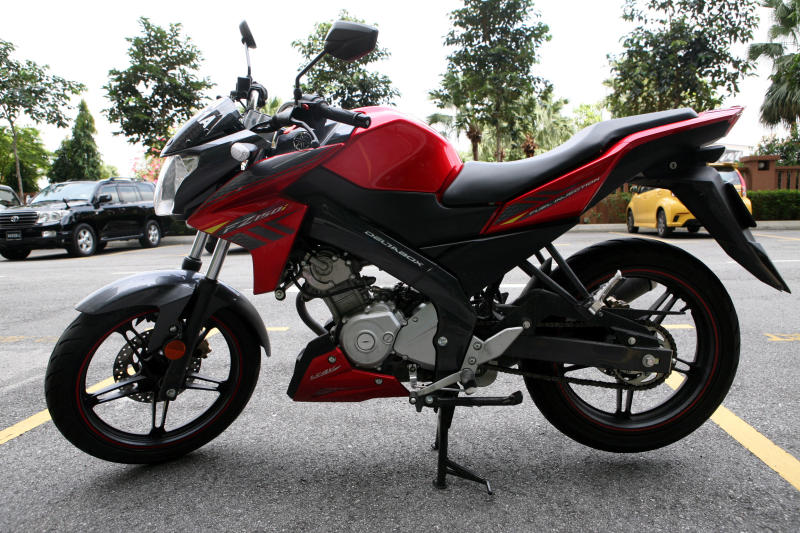 The 150cc segment is a rather hotly contested segment in the Malaysian motorcycle market.

In the good old days, there were a bunch of two-stroke contenders in the form of the Yamaha TZM (not forgetting the 135cc RX-Z as well), the Suzuki Panther, the Kawasaki KIPS (several variants), and the Honda NSR150.

All these are history now as tighter emission standards worldwide mean that they cannot meet modern requirements for cleaner air.

This leaves us with the four-stroke option, which is still a rather crowded field. 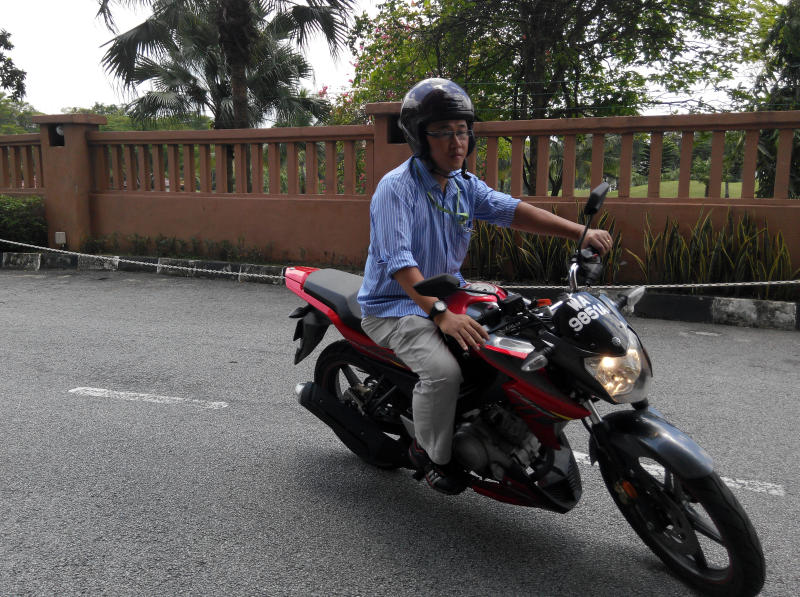 There are the Suzuki Belang, the Honda PCX150 (a 153cc scooter), the Kawasaki KLX150L, a few Vespa/Piaggio scooters, just to name some.

Once in a while, something that is truly needed enters the market: a commuting bike that offers silky smooth gear changes (with manual clutch), excellent fuel-efficiency, good range, and one that hits decent speeds (but not too fast, thank you).

This requirement is met by the Yamaha FZ150 that was launched in January 2008, and it sold like hot cakes, with Hong Leong Yamaha Motor Sdn Bhd saying that it averaged about 30,000 units a year.

This well-received motorcycle was given a much needed boost in April, when Yamaha gave it a few important tweaks, chiefly being the replacement of the carburettor with a fuel injector, as well as a brand new engine. 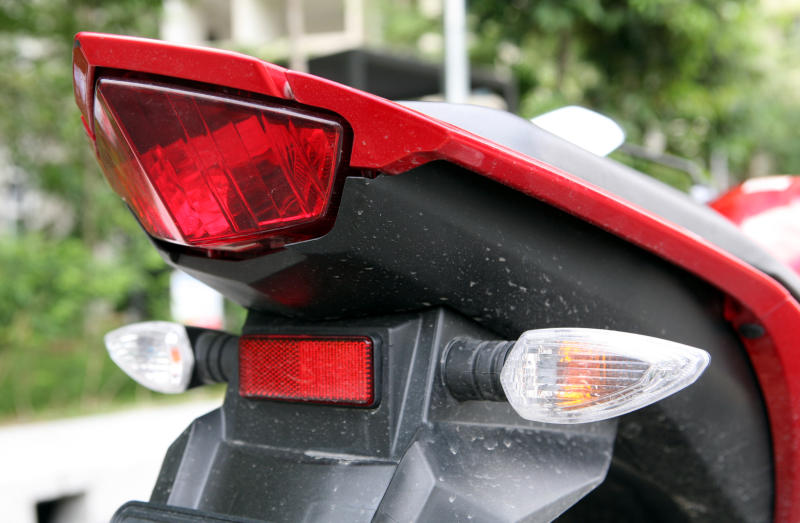 Briefly, engine output has been bumped up to 12.2kW (11.1kW previously), with torque correspondingly upped to 14.5Nm (13.1Nm previously).

Ride experience wise, the bike accelerates smoothly, and is good enough to keep up with traffic flow up to 90kph rather easily.

Those who ride aggressively will find it rather easy to full-throttle the FZ150i, as there is not much reserve on tap when you want to hit triple digit speeds quickly.

It takes quite a while for this five-speeder to hit 120kph, which is pretty much the upper limits of the cruising speed (with safety in mind).

But this is not necessarily a bad thing as this ride is more suited for urban commutes, rather than lightning-speed transits between cities.

This bike gives a solid feel when travelling up to 100kph. 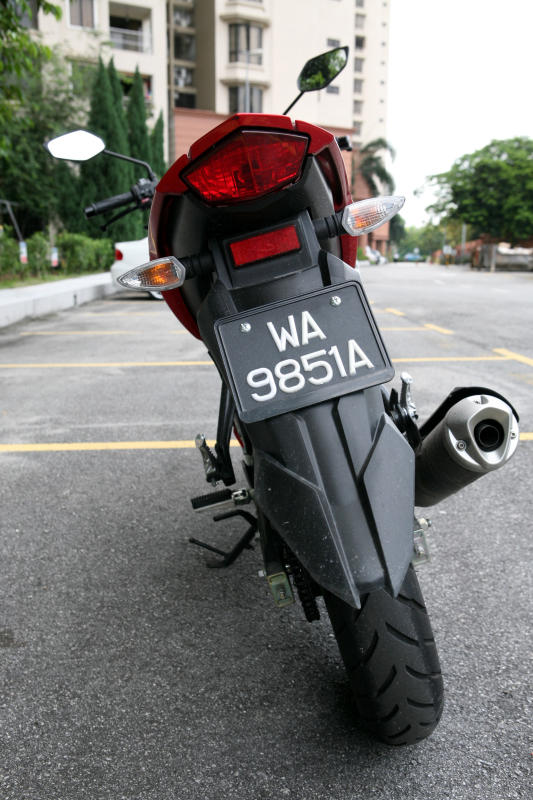 Anything faster and you would be buffeted by the wind blast. There is not much point in having too much of top speed for extended periods when the rider suffers in the process.

The Delta Box frame performs adequately when mated with the mono rear suspension, even when carrying a pillion.

Ridden sensibly, the FZ150i will reward you with more than 34km/L, even when you mostly traverse through urban settings.

The inclusion of a rear disc brake increases rider confidence in stopping power, other than giving the illusion that this bike can go fast enough to justify having a rear disc.

Need I say that a disc at the rear also lends an overall sportier appearance to the bike, regardless of whether you need the additional stopping power.

The instrument cluster features a digital speedometer paired to an analogue tachometer that are both easy to read, and give a more contemporary look compared with the 2008 model that were fully analogue. A digital fuel gauge and tripmeter plus odometer also come in useful, though having a gear indicator would complete the joy (sadly, not even a top gear indicator light is present).

The tyres on cast rims complete the entire package of worry-free riding.

There is also a double stand, a rarity on motorcycles nowadays, and this feature is also appreciated as it facilitates maintenance, especially when lubricating the drive chain.

I have two complaints about this bike, with the first being the design of the helmet hook, which is practically unusable for me as it was too broad to allow any standard helmet strap ring to fit in.

How Yamaha got this wrong is just beyond me. Just as annoying is the spacing of the shifter (or shift peg), which does not provide adequate space for my left foot to fit under when upshifting (I am only a size 7 US, so it is by no means super large feet).

This is another mystery to me considering that other Yamaha bikes I tested earlier came perfectly proportioned.

That said, these two shortcomings are not insurmountable, as those who are determined enough to modify them could certainly do so.

Yamaha claims that the old FZ model sold at an average of 30,000 units a year when it was first launched in 2008 and given the overall package, it is not difficult to understand why, given that it costs less than RM9,000 on-the-road.

With so many boxes ticked (economy, handling, manoeuvrability and low maintenance), I conclude that this is as close to perfection as you could get when you are on the lookout for a commuting bike that can double up as an inter-city ride occasionally.

And when crude prices resume their climb towards US$90 per barrel, you will be smiling as you refuel this bike.

Need more reason than this?