Here's five things we thought stood out about the McLaren 650S Spider. Although the McLaren 650S retains the overall shape of the MP4-12C, it’s the adoption of the P1’s front styling cues that help it stand apart. The 650PS and 678NM from the engine is emotive as the hiss of the turbo’s air suction gets louder when the revs climb and then the exhaust crackles and pops on the way back down. And the harder the driver pokes at the accelerator, the harder it’ll plant the driver into the backrest of the seat. With such a broad band of power available throughout the engine, it’s easy to slip the 650S Spider into a darting game around sparse traffic with its flat approach to corners, weighted steering and stability under hard braking. Having grippy Alcantara makes simple sense with so much thrust coming from the rear that it would be far more beneficial to stay seated securely rather than slipping around on leather. Not to mention, the dark interior accented by carbon fibre helps to prime the mind for some “go-fast” time. 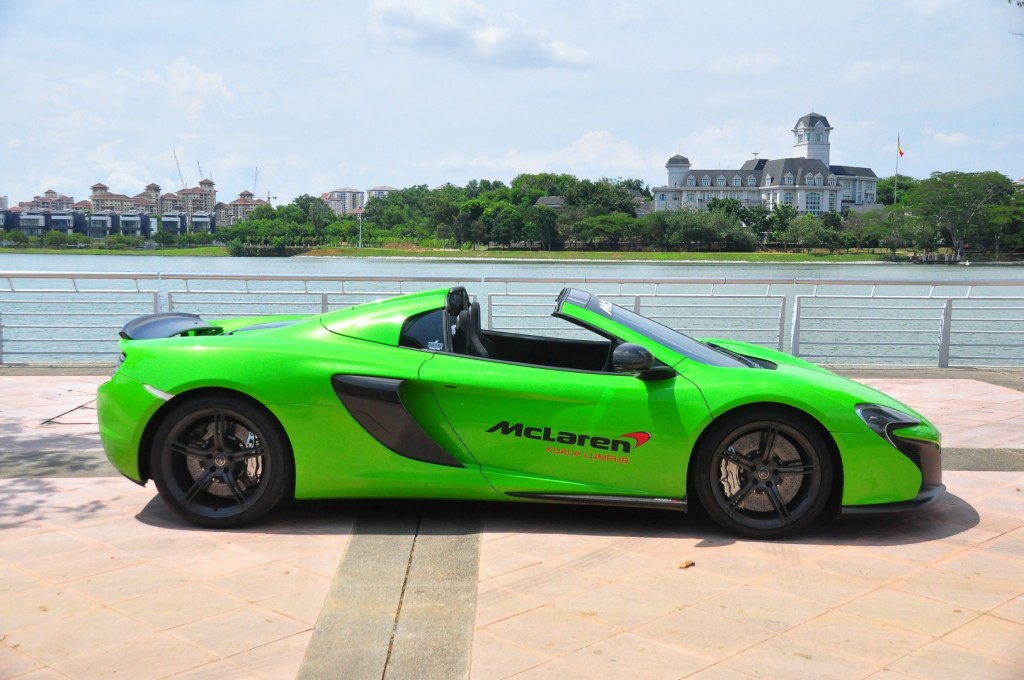 The 650S Spider’s roof comes down at the push of a button for that “wind-in-your-hair” experience and perhaps for some it helps in freeing them of any claustrophobia.