BMW continues the front-wheel drive momentum in the second-generation X1, focusing clearly on the smaller body dimension model range to capitalise on the interior space advantage such a drive system provides.

Though BMW did not make immediate mention of this trend, it did elaborate on the improved interior space gained over the earlier model, which was a rear-wheel drive SAV (Sports Activity Vehicle).

This front-wheel drive engineering was already applied in the 2 Series Active Tourer and Gran Tourer, and the positive global response to these new models in the BMW range augured well for its move in this direction. Compared to the earlier model, the latest X1 is taller by 53mm with more headroom to accommodate the higher ride height in front (+36mm) and rear (+64mm), giving the driver a higher vantage point.

Knee room for the rear passengers in the standard version is increased by 37mm and up to 66mm with the optional adjustable rear seat that can slide 13mm fore and aft.

There is also the optional full folding front passenger seatrest to expand interior space for long items; as it were, the boot capacity provides 505 litres of space (85 more over the precedessor) and with the standard 40:20:40 split folding rear seatrest, load capacity can be expanded by more than threefold to 1,550 litres. What we liked most about the latest X1 is its more balanced body profile in that the long nose design is not so obvious and the outline from front to rear is more proportionate.

Although it still retained the familiar touches such as the square contour of the front wheel arches, the body lines are honed to reflect the new BMW family design; its aerodynamic profile, depending on the variant, is as low as 0.28 in co-efficient of drag.

BMW interprets the new face of the X1 in the large, upright BMW grille, three-section lower air intake and characteristic ‘six-eyed’ look formed by the twin circular headlights and foglamps; LED (light emitting diode) daytime running lights are standard in all variants while full LED headlights for low and high beam can be specified as an option. The previous X1 model was a success story for BMW with more than 730,000 units sold. This German carmaker believes the new platform will deliver a lot more without the need for a bigger and heavier vehicle.

Six variants were introduced, being the sDrive20i, xDrive20i, xDrive25i, sDrive18d, xDrive20d and xDrive25d; all have the new generation four-cylinder engines that are cleaner and fuel efficient without losing the grunt.

Although only two variants are front-wheel drive, BMW is applying what it calls an intelligent all-wheel drive system in an efficiency-optimising form for the new X1 chassis.

This is described as a weight-saving, compact and efficient system that uses an electro-hydraulically controlled multi-plate clutch to distribute drive between front and rear axles for the situation at hand; in other words, in real time. Drive goes to the front wheels under normal conditions but can be diverted 100% to the rear in the blink of an eye if there is a need for that.

We participated in the global media drive that took us from the BMW press and fleet service in Garching, Munich to the southern part of Bavaria that borders Austria, covering about 300km of mostly secondary roads running through farmlands and hamlets.

Only the top two variants were offered - the xDrive25i and xDrive25d.

We focused on the petrol version as being the more relevant one, although the Malaysian market would see the introduction of the sDrive20i and xDrive20i in the near future. Power is respectable at 231hp and 350Nm that develops early from 1,250rpm, which gave this X1 variant the strong initial acceleration despite its kerb weight of 1,540kg (DIN).

The eight-speed Steptronic automatic transmission comes with Sport mode and steering wheel paddles as per the modern day BMW specification for an engaging drive.

Given the few instances of clear open roads (taking into consideration this being the summer holiday season), we could prompt the accelerator to pick up speed quickly to pass slower traffic. And when the roads began to meander in various degrees of curves and camber, we found the electric power steering (EPS) well up to expectation for the directional feedback and feel, both at parking speeds and on the go.

The effort that BMW engineers put into the suspension – single joint spring strut front and multi-link rear – and the full gamut of electronic dynamic assistance gave us the confidence when taking corners quickly.

Even when it was pushed into a corner to a fair extent with the tyres squealing their protests, the new X1 continued to perform dynamically well without straying from its intended line.

And for a vehicle that is taller compared with the previous model, the new X1 took the bends with its body lean kept nicely in check to reduce the drama and perhaps, prompting us to go even faster.

If you wish to enjoy efficient driving performance, there is the ECO PRO option (with the Steptronic automatic model) to coast and save fuel; Auto Start Stop function; Optimum Shift Indicator; Brake Energy Regeneration; to name a few.

We couldn’t fault the new X1 on ride comfort either as it took to bumps well enough, absorbing the impacts sufficiently for a steady ride and less jolting.

On highways, the smooth flow of body lines eased the turbulence of the air around the SAV to make for a quiet ride, especially when going full trot on the autobahns.

BMW also arranged a little off-road course for those who wanted to check out its all-wheel drive performance along a 60-degree bank, going up and down a stepped course, and driving over a balance ladder frame.

We might not have driven the front-wheel drive version of the new X1 but the xDrive25i has impressed us enough on what it could deliver in general and why it should continue to hold strong appeal, taking over seamlessly from the previous model. 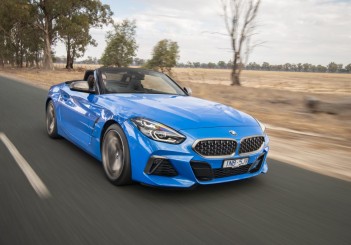 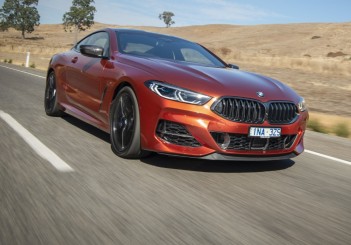 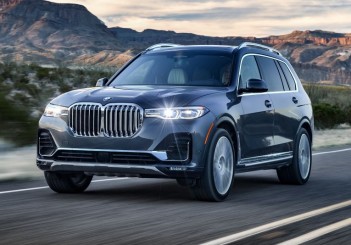 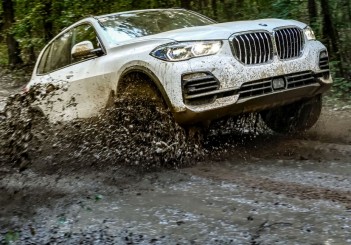 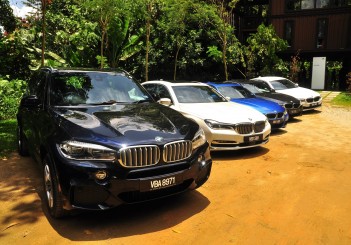