The feature packed Citroen Grand C4 Picasso is so chock full of gadgets that this MPV seems to come right out of a Sci-Fi movie.

This distinctively-designed French people carrier adds to its attraction with a competitive price tag of RM189,888 on-the-road with insurance and a five-year warranty with unlimited mileage. Distributed by Naza Euro Motors Sdn Bhd, the diesel-powered Grand C4 Picasso ups the ante against its rivals with a very roomy cabin, driving aids and occupant comforts that are more commonly seen in premium cars that sell for twice or thrice its price.

We like the uncluttered loft-inspired interior, which provides a strong sense of airiness.

We showed the car to a friend who remarked, “This is like flying business or first class!”

This open air ambience is also thanks to the cabin’s wide-angle panoramic windscreen and large window areas which are framed by slim pillars. There is also a panoramic sunroof which is touted as the biggest in its class. 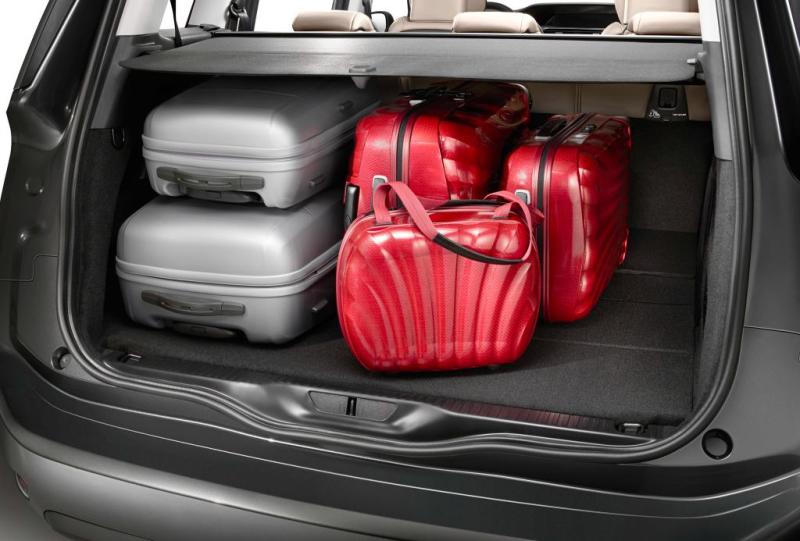 It is worth noting that the Grand C4 Picasso has more glass surface than its segment rivals, which delivers exceptional visibility and reduces blind spots.

Its long 2.84-metre wheelbase allows for a huge cabin and a 645-litre rear cargo storage area (can also be increased to over 700 litres when the second row seats are pushed forward).

A wide motorised tailgate makes easier work of loading cargo. The second and third row seats fold flat, for those who need more cargo space.We feel that the cabin has a cosy ambience, with its nice leather upholstery, touches of satin chrome and gloss black inserts. Now, the MPV has a digital driving interface which uses two displays in the dashboard’s centre - a 7-inch touchscreen and a 12-inch HD (high-definition) panoramic screen.
The 7-inch touchscreen controls in-car functions such as the dual-zone air conditioning, navigation, audio, telephone and driving aids while the 12-inch HD panoramic screen displays essential driving data such as vehicle speed and engine speed (rpm).

This means there is no round-dial speedometer and tachometer in front of the steering wheel. Though a tad unusual, we got used to this layout quickly. There are also steering-mounted paddle shifters for those who want to drive in manual mode.

Another space-saving measure is the push-button electric parking brake, located on the dashboard. This means the MPV gains a deep and cavernous storage box between the front seats. We also found plenty of storage options including door bins, storage nets and cup holders.

There are ample comfort features including a automatic air-conditioning, massage function for the front seats, and an electrically operated foot rest on the front passenger seat.

Second row passengers sit on three independent sliding seats, which can be inclined for more comfort. They can also make use of trays on the front seat backs, which are fitted with LED lighting.

We also enjoyed the entertainment system’s crisp sound quality, as we listened to music stored on our USB device. Regarding its ride and handling, the Grand C4 Picasso’s suspension tuning is typically European which means it has a good balance between sportiness and occupant comfort. Fitted with Michelin Pilot Sport 3 tyres sized at 225/45 R18, the MPV soaked up road irregularities and rough surfaces without fuss.

It has a 1,476kg kerb weight, and the 2.0L turbo diesel packs a lot of grunt for punchy acceleration in spirited driving manoeuvres. Its electric power steering is precise.
When driven at 80 to 85kph on smooth highways, the digital tachometer was at around 1,200 to 1,300rpm.

At 110kph, the digital tachometer was at around 1,800rpm. Like many diesel-powered passenger cars, this MPV is a fuel sipper.

According to Citroen, the Grand C4 Picasso promises a fuel consumption rating of 4.6 litres per 100km on the combined cycle. With its 55-litre fuel tank, it is possible for a light-footed driver in the MPV to travel 1,195km on a full tank of diesel.Thanks to its new EMP2 (Efficient Modular Platform) which also uses aluminium and very high-yield strength steel for some parts, the Grand C4 Picasso is 100kg lighter than its predecessor.

Meanwhile, parking the MPV is made safer and easier with its rear and front camera system, with the view displayed on the 12-inch HD screen.

We also like its 360 Vision system which provides an all-round bird’s eye view of the MPV’s surrounding environment, by using the four cameras placed around it. That’s not all; there is also Park Assist which can automatically manoeuvre the MPV into a parking bay, whether parking in reverse or at an angle. Other safety highlights include a lane departure warning system that alerts the driver via seatbelt vibrations, and a blind spot monitoring system where an orange light in the angle of the door mirror warns drivers if a vehicle is present in their blind spot.

Those shopping for a classy and well-appointed MPV should give the Grand C4 Picasso a consideration. 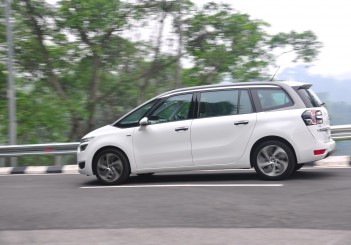 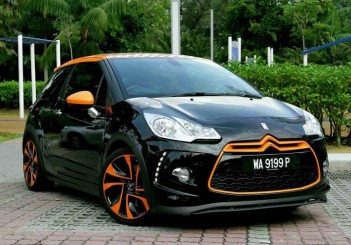