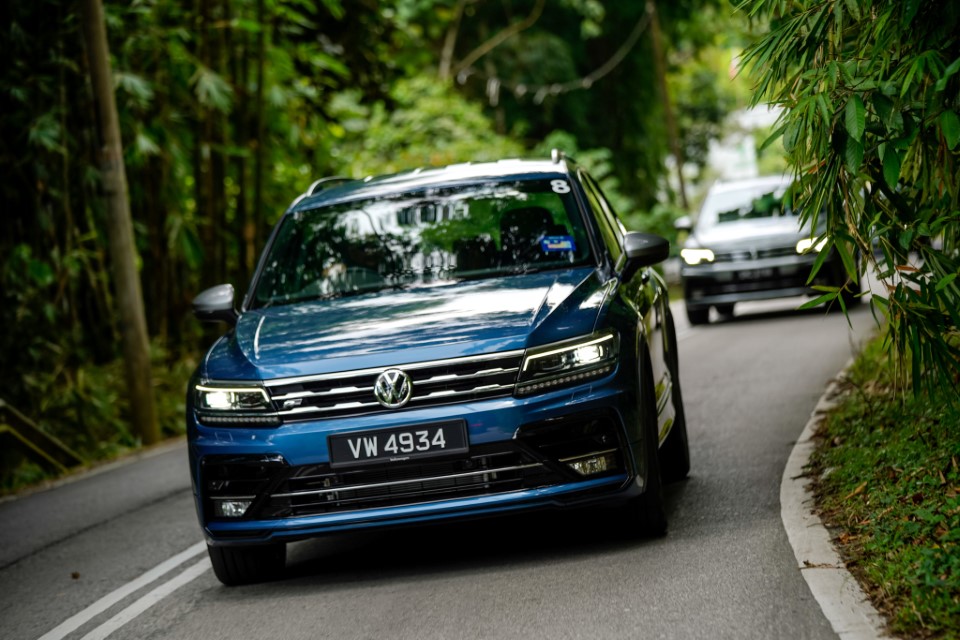 Last month, Volkswagen Passenger Cars Malaysia (VPCM) launched its line of all-new models for 2020 which consisted of the Arteon R-Line sedan, the seven-seat Tiguan Allspace SUV and the Passat R-Line.

The Tiguan Allspace comes in two variants - the front-wheel drive Highline, and the all-wheel drive R-Line.

We had a try out of the Arteon R-Line and Tiguan Allspace R-Line for a day last week where we spent the first part testing the cars' handling and braking capabilities through a series of manoeuvres and then hitting the winding stretches of the Karak highway. This fastback model now sits on top of the hill for VPCM, dethroning the Passat, and with a price tag to match at RM220,043 (on-the-road without insurance and SST).

The look of the Arteon is what's going to grab your attention first and it gets better when you realise that under the hood is a 2.0-litre TSI turbocharged engine producing 190PS and 320Nm of torque mated to a 7-speed double wet clutch direct shift gearbox (DSG).

I was immediately impressed when I sat behind the wheel with its comfortable black Nappa leather seats and the minimal layout of the dashboard with the 9.2-inch touchscreen with Apple Car Play and navigation at the centre. Even more surprising is when we departed for the activities site at MAEPS, Serdang, and feeling that you're driving a small car knowing all the while it's quite a long sedan.

The cabin was really quiet and sound-proofed to cancel external noise and the engine didn't exhibit the sporty exhaust note leading me to surmise that the Arteon is, first and foremost, built for comfort.

But don't confuse it for lack of power.

The Arteon, fitted with 19-inch wheels, launched into action when we did the braking test which required us to floor the accelerator and then apply emergency braking.

The car coming to a full stop at a short distance also let us know how effective the brakes are. The Arteon handled very well when we did the lane-change and slalom manoeuvres with minimal body-roll.

We then made our way to the Karak highway and once we passed the Gombak toll, we pushed the car through bends and turns and was simply amazed at how planted it was.

Finally, the narrow, winding stretch to Janda Baik was not an issue for the Arteon either.

It may be long and wide but it is nimble and very responsive to the steering.

The Arteon is such a well composed sedan that offers comfort, functionality and excitement, not to mention good looks. The R-Line variant of the Tiguan has it all. A longer wheelbase for third row seats, the 4Motion all-wheel drive system and a lot of grunt with its 2.0-litre turbocharged engine delivering 220PS and 350Nm of torque mated to a seven-speed direct shift gearbox (DSG).

It's much more powerful than the Arteon and we're willing to bet even quicker because it's all-wheel drive and has even more room (1,775 litres with the second and third rows folded) yet it is priced at RM208,553 (on-the-road without insurance and SST). 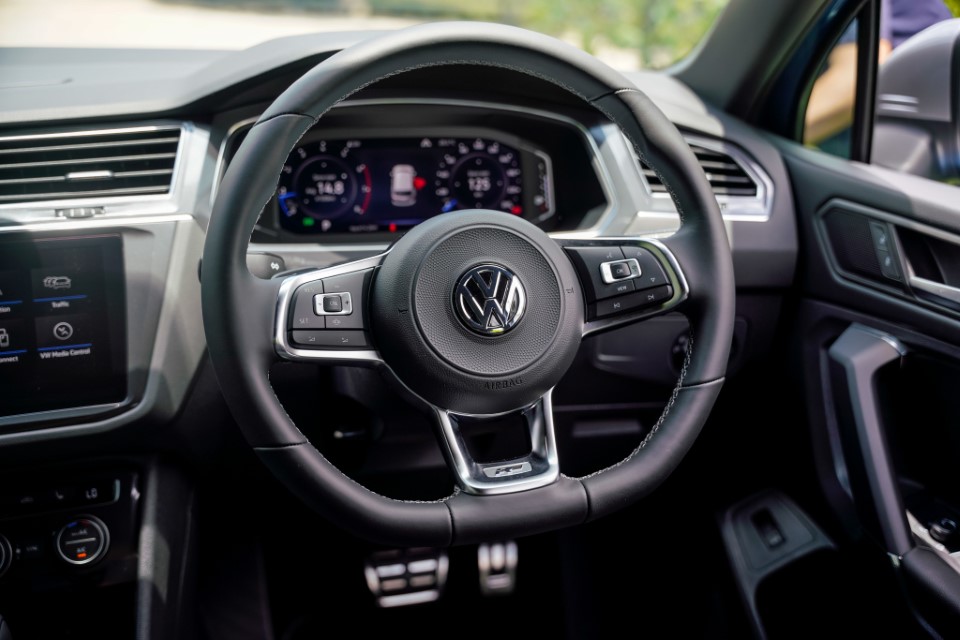 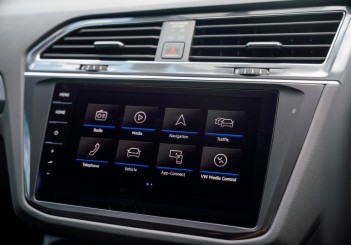 Although it's a tall vehicle, it stays quite planted thanks to the all-wheel drive system which also has four modes to choose from to suit the terrain you're in.

That's right. You can take it off-road if you wanted to.

It also has Hill Descent Control which we experienced during the particularly steep stretch of the Karak highway on the way back to Kuala Lumpur.

The gear automatically stayed on third as we made the descent, keeping the SUV under control.

And speaking of tall, it has an increased ride height which lets you have a better view of your surroundings and, just as important, you can calmly go through waterlogged roads in the city because it has a lot more clearance than a sedan. It just so happened to rain heavily as I reached Kuala Lumpur. It's also comfortable and quiet in the cabin and the navigation system worked well as I used it for the trip back. It also has the same digital instrument cluster and 9.2-inch touchscreen as the Arteon as well as 19-inch wheels.

All-in-all, it's understandable why the R-Line series from Volkswagen sits right at the top.

The cars are aesthetically pleasing, have outstanding handling, is spacious, comfortable, powerful and includes almost all the safety features one would expect at this price point including the Automatic Post Collision Brake System.

This collision mitigation system applies the brakes when the car senses an imminent impact. However, it is missing some safety features which are de-riguer in cars right now - blind spot monitoring and adaptive cruise control.

The latter is especially helpful for outstation drives and traffic crawls in the city.

Other than those, the R-Line series ticks all the boxes.