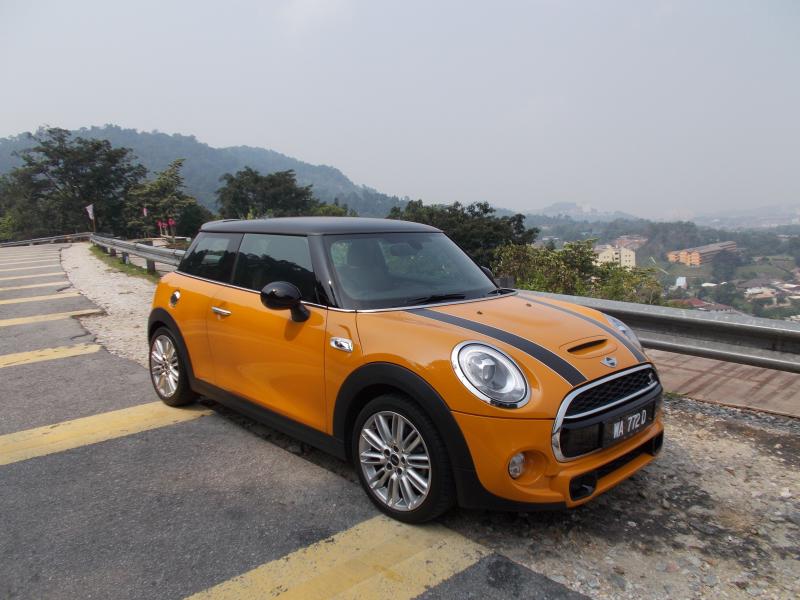 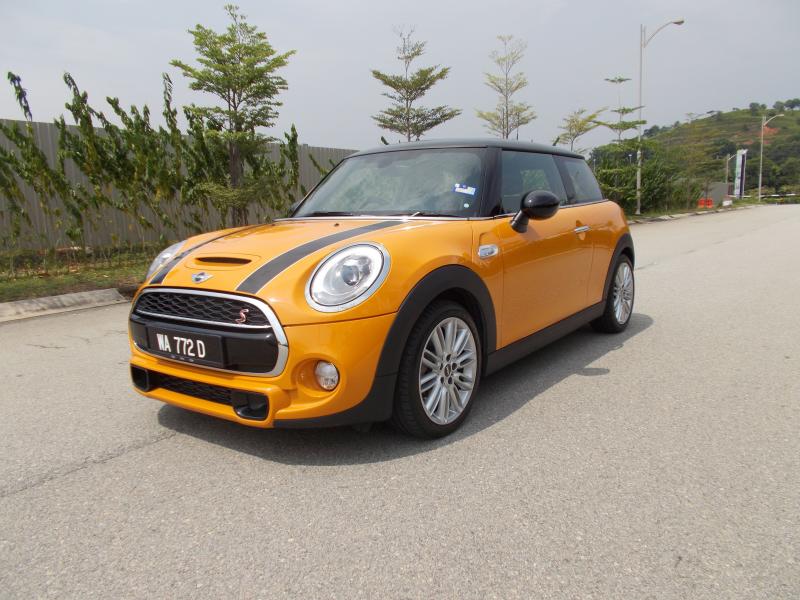 The MINI has evolved rather dramatically from its original platform although efforts are made to retain as much of the old character and charm as possible.

In that respect, the three-door MINI would be the closest to the original in form and function.

Having owned a Mini 1000 in the mid-60s, we could relate to what the MINI was all about.

Back then, the MINI was a two-door subcompact for those who like some nippy driving and it had a small boot that could take in three medium travel bags at a squeeze for a long weekend holiday.

The modern three-door MINI has the capacity for more than double that luggage space, not considering its foldable 60:40 split rear backrests to extend space further.

The modern Cooper S draws the same awe as in the old days: in 1961 the Cooper range was developed by John Cooper of Cooper Car Company, a friend of Sir Alex Issigonis (the father of the MINI) for motor sports. 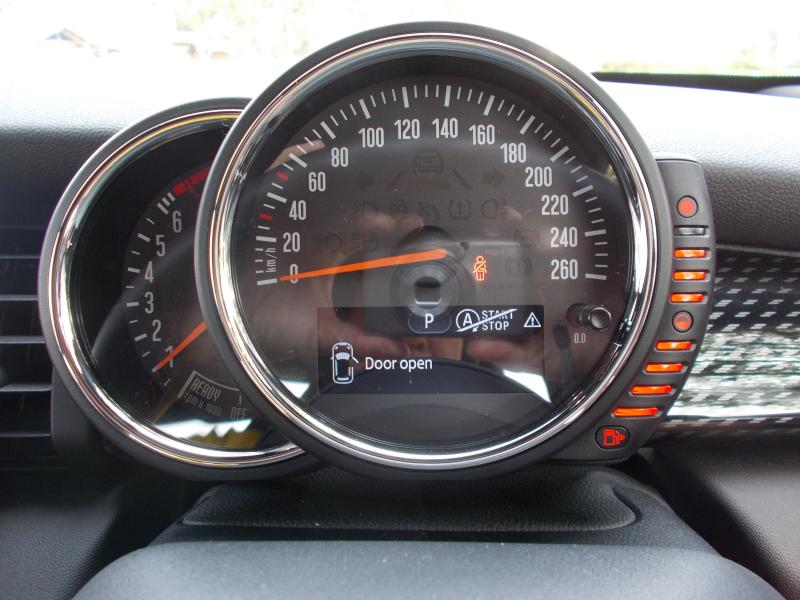 That was until 1971 before the concept was licenced to another car company for public sale production cars but the Cooper name was dropped.

Today, MINI is under the BMW umbrella and is developed to accommodate power sources within the group.

In the case of the Cooper S, it has a 2.0-litre four-cylinder engine with the MINI TwinPower Turbo technology, direct fuel injection, and variable camshaft control on the intake and exhaust side (double Vanos): Sounds familiar?

Due to the compact dimensions of the MINI, the engine is tuned to deliver less output than a similar displacement unit in a larger and heavier BMW, while still providing better power-to-weight ratio for a heady pace.

As it were, the Cooper S punches out 192bhp and 280Nm of torque: this translates to a 0-100kph sprint in 6.7 seconds and a top speed of 233kph, sufficient to keep adrenalin on song.

The closest to a Cooper S that we have driven in the old days were souped-up MINIs: there were many specialists back then who could beef up a standard car with lots of power with the ready availability of parts and power accessories. We could almost relive the same exhilaration of driving the modern-day version: back then, there was no air-conditioning and the excitement of the drive was very much a physical and audible experience with the throaty exhaust as we revved the engine and the heady air rush as we surged along.

It is a more ‘civilised’ feeling today although the thrill of the drive can still be enjoyed and the modern Cooper S remains compact enough to weave confidently among the ‘snails’ with the turbo boost kicking in early to give us that quick pick-up and go acceleration.

And, there is the choice of how you want to drive the car: apart from using the gearshift, an easier way was to use a rotary switch at the base of the gear console.

You can go from Sport mode to MID to Green: by selecting the respective mode, the gear shift characteristics, power delivery and suspension damper settings are changed accordingly.

In Sport mode, the ride is a lot stiffer and you can let the transmission do the gear selection or you could manually select via the steering wheel paddles.

When that mode is selected, a lower gear is selected and engine revs go up about 1,500rpm, moving to a high torque curve for that immediate kick in picking up speed or giving the wheels the needed traction through a sweeping corner at good speeds.

Another similar experience is the go-kart feeling through corners, the trait that the modern MINI was engineered to emulate and we could vouch for that in the new Cooper S, especially having driven it on familiar roads.

We certainly pushed the car at higher speeds on our favourite winding stretches as the strong torque kept us well glued to the road, along with the sturdy suspension system. 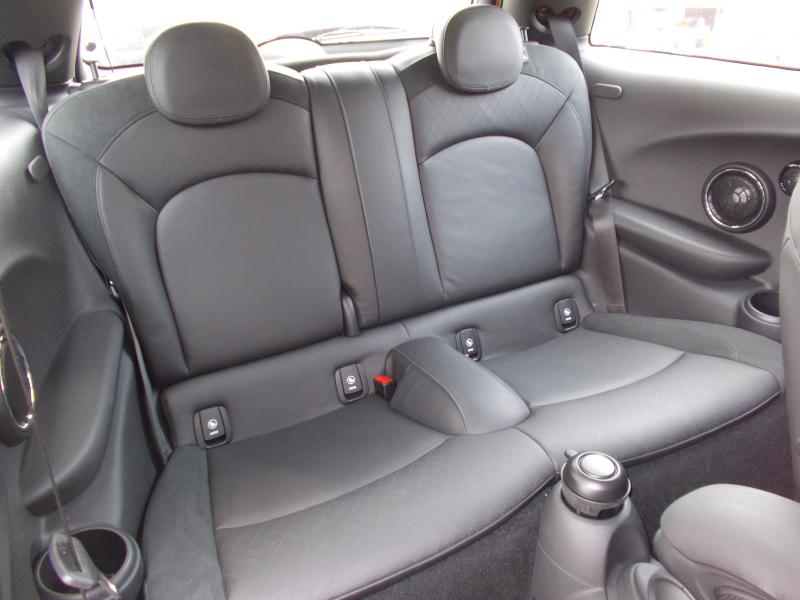 It has MacPherson struts in front and a multi-link rear axle, assisted and managed by a host of electronic systems including DTC (Dynamic Traction Control) and DSC (Dynamic Stability Control), to name two.

It steered in the direction that we aimed at and the Dunlop SportMax tyres complemented the suspension package by gripping well: Although the brochure listed the standard alloy wheels at 16-inch, the ones fitted on the Cooper S loaned to us were 17-inch alloys with 205/45 R17 tyres.

In Green or MID mode, the ride remained firm, which was not unexpected but the softer rebound helped to ease the road impacts and iron out the jolts for a reasonably comfortable ride.

After being in the Cooper S five-door with the longer wheelbase, we could see and feel the difference in legroom at the rear: the three-door sits on a 72mm shorter wheelbase of 2,495mm and has a body that is 161mm shorter at 3,821mm.

It was a good reminder of our MINI 1000 although in those days we still managed a long weekend holiday in Singapore with four adults on board, having started out from central Johor. Today, entry to the rear is just as easy as before: previously, you pushed the entire front seat forward to get in.

With the new MINI, a lever on the side of the front seats is used to fully fold the seats away for the same function.

A notable difference to the five-door model is that the three-door version has frameless windows for the two front doors while the former has doors with framed windows (by design, a door is one through which a person can get into a car).

Like the five-door model, the Cooper S three-door variant has the central console being extended to the rear seat with a single cupholder and the bucket-type design clearly limits accommodation to two passengers.

With the tighter legroom due to the shorter body, adult passengers at the rear may find it uncomfortable for long drives and it would be best for kids.

The main thing is that the Cooper S is undeniably a young person’s car, or for the young-at-heart like me although other transport considerations take greater precedence in my case when considering such a car.

It has the compact MINI look while yielding more interior space than before and is aggressively styled in the modern tempo to live the part of an exciting-to-drive car.

The experience won’t come cheap though: the imported MINI Cooper S is retailed at RM228,888 (without insurance and MINI Service Inclusive Package) while the Wired version is an additional RM20,000. 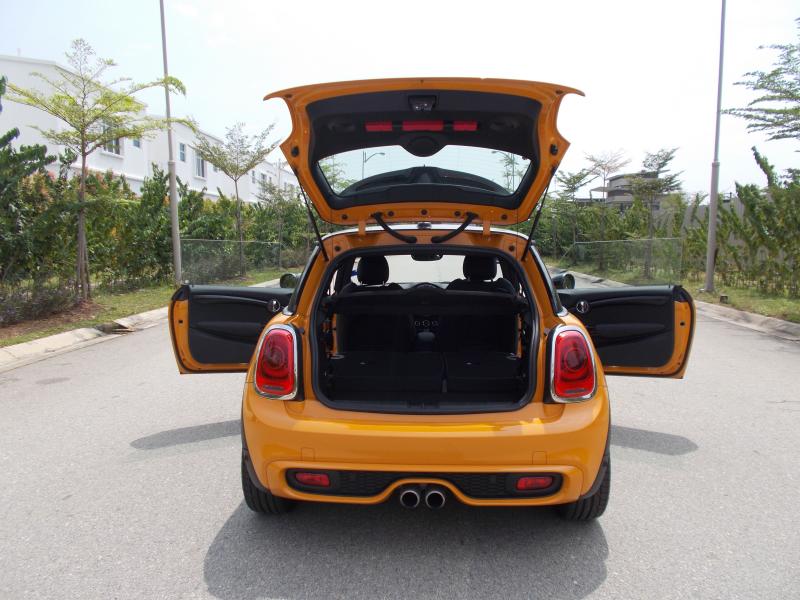