On the road with VW Beetle 1.2 TSI 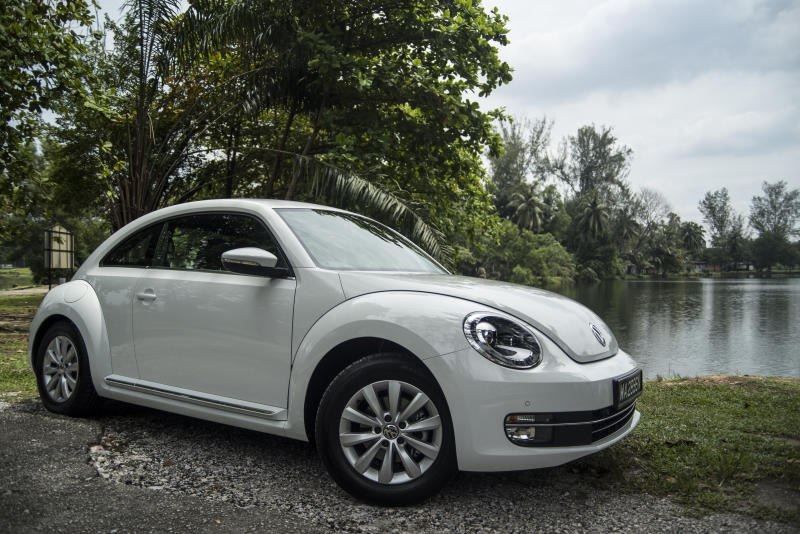 When it comes to distinctive automobile shapes, few are as iconic as the Volkswagen Beetle.

I have always been fond of the Beetle, my first car was a classic 1970 original.

The ‘people’s car-turned-modern icon’, now in the second-generation of its contemporary form, dubbed simply as ‘The Beetle’, still continues to be one of the most recognisable cars in existence. 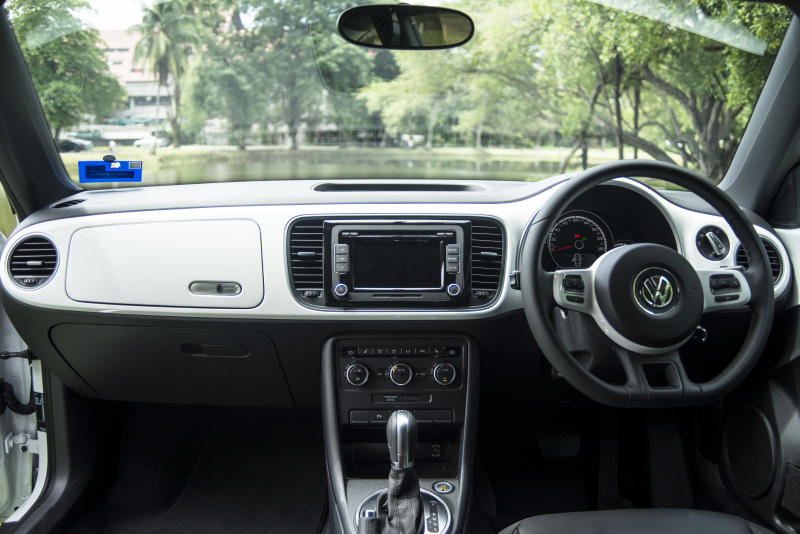 We were given a chance to roll with the 1.2 TSI Beetle recently, and while the average petrol head would most likely mention the 1.4 TSI or range-topping 2.0 TSI variants, one can’t help but wonder how the entry level variant performs.

Unless you are a car enthusiast, there is little to differentiate the car from its higher-spec siblings externally.

However, the shape simply screams “Beetle” and there is no mistaking it for anything else. 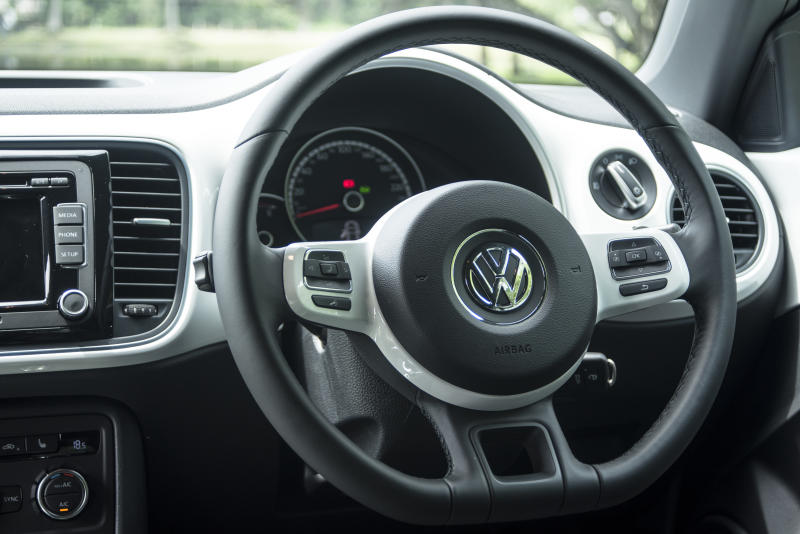 The latest incarnation of the car loses some of its curves in favour of some edgier styling, sharper shapes and more conventional lines.

Many people I know find it appealing and more ‘masculine’ (a mini-Porsche if you’d like), but in my opinion the car seemed to have lost some of it’s ‘special-ness’ that made the New Beetle such a ground-breaking head-turner.

Don’t get me wrong though, it is still quite a looker, and in side profile it even mimics the classic Beetle silhouette. 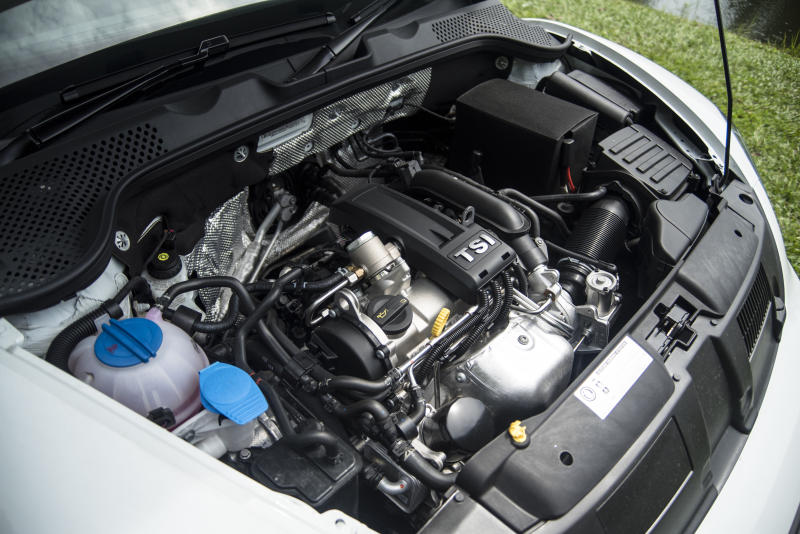 The “Sport” trim our test car was equipped with does bring some neat extras, like bi-xenon headlamps with neat DRLs that were previously reserved for the range topping 2.0 TSI.

Being entry-level, there are not any fancy wings or sunroofs, but less is sometimes more, and The Beetle looks pleasant with a clean look.

Over inside, Volkswagen certainly did their homework and brought along a lot of nostalgia to their interior.

The dashboard reminds me so much of my old car, with the upward-opening upper glove box, body-colored dash pad and even the centre console and air-conditioning vents are shaped to look like the classic’s speakers and audio head-unit. Door panels have mouldings that are body-colored too, to echo the exposed-frame doors of yesteryear.

Grab handles are a throwback to the ones in the original, and even the twin-tone steering wheel is unabashedly retro.

An interesting feature on the doors are flexible straps which can hold drink bottles – a simple but effective solution to a door that is truly rather thick.

Panels and switchgear feel premium, while fit and finish is typical Volkswagen, meaning very, very solid and built to last. 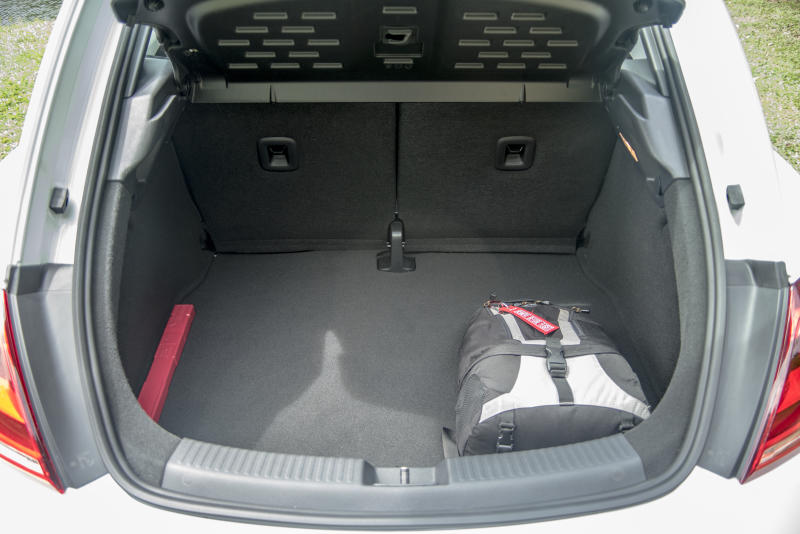 Also included is an infotainment system with Bluetooth, CD/MP3/WMA capability and eight speakers.

The Sport trim adds on dial-zone climate control as well as cruise control.

The equipped leather seats are well-bolstered and offer good comfort and support.

Rear room is rather tight though, and strictly for two – unless you are a hobbit with a bum of steel. 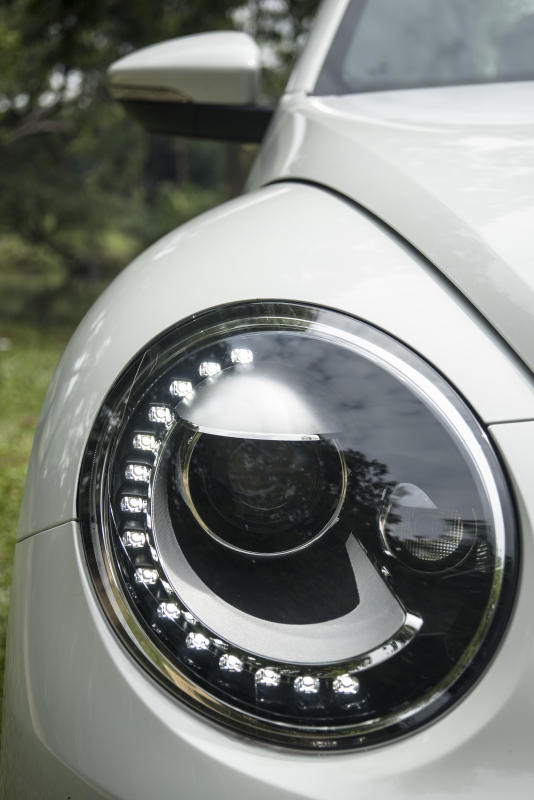 However, the seats are well-contoured and should give sufficient support for smaller occupants.

Boot space is rather huge, but due to the sloping silhouette of the Beetle, it is a little shallower than an average hatchback.

Rear seats fold down to create more space if you need any though.

Driving the Beetle is thankfully as good as the car looks. Many would be asking, “is the 1.2L engine sufficient?”

In a word, yes – the almost 105bhp turbocharged engine is zippy when it needs to, and really smooth when you want to cruise. The ride is a little firm, and you might feel some of the bumps that are littered over our roads.

The 7-speed Direct Shift Gearbox (DSG) is smooth and precise, and the Beetle drives pretty much like how the Golf does, which is hardly surprising given that the two cars share the same platform - push the car hard and it responds accordingly.

For a more exciting ride, shift to ‘Sport’ mode and let the fun start.

While it is more than likely able to take the bends with ease, there is just something unnerving about doing so – perhaps the airiness from the car’s bulbous roof creates the illusion of driving a taller car than it actually is.

Nevertheless, its unlikely that most Beetle drivers would be driving the car to such extremes often, as the car is better suited being a fancy cruiser you’d take on long highway drives or doing rounds along happening spots in the city.

As for the Beetle 1.2TSI being an entry level variant, I believe it makes perfect sense as a car, and you won’t feel short-changed at all, as it’s pretty complete (especially with Sport trim) and performs rather well.

Seems the legend shall continue to live on. 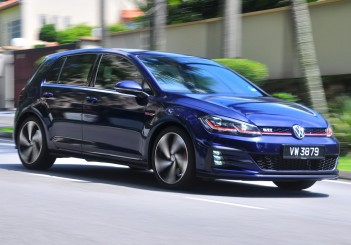 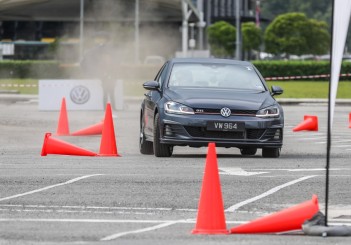 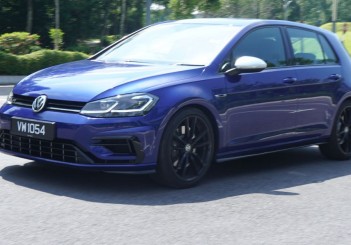 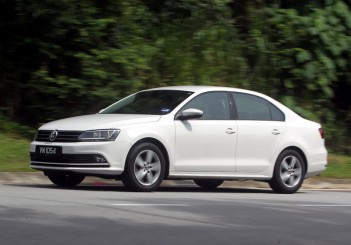 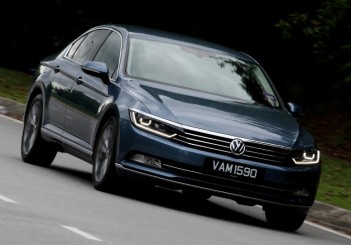