Highlights include its cargo volume - the 410-litre boot can be increased to a load volume of 520 litres - and a reverse camera with top view. Being compact and capable, the Subaru XV GT is known for its prowess both on and off-road.

Wearing 17-inch wheels, this is a crossover that's meant for those with a lifestyle that can be both active and adventurous. As the first model from the Proton-Geely union, the Proton X70 sets the right tempo in styling, voice command features, digital connectivity and pricing that are hard to beat by its rivals. The Hyundai Santa Fe R 2.2 CRDi Premium (left) is a four-wheel drive, turbodiesel that offers high levels of comfort and quietness and can turn into a rip-roaring road eater too.

The 2.2-litre turbodiesel engine puts out 193PS and 440Nm and is mated to a new eight-speed automatic and Hyundai’s variable all-wheel-drive system.

Looks-wise, at the front are dual-tier headlights with a slim row of LED daytime running lights and also the Cascading Grille.

The increased length and wheelbase offer the best-in-class legroom for the second row, while third-row headroom has also been increased. In addition to exuding style and flair with large 19-inch wheels and powerful stance, the XC40 T5 is also smart and safe.

Among its key appeal are adaptive cruise control, semi-autonomous Pilot Assist drive as well as front and rear Park Assist.

Meanwhile, the City Safety autonomous collision avoidance and mitigation with intersection support can also detect pedestrians, cyclists and large animals, making the XC40 not just only safe for its occupants. Futuristic meets artistic, the Lexus NX 300 Premium encases its occupants with the perfect blend of what Japanese artisans have to offer and the most modern of designs. The fourth-generation X5 has racked up more luxury, more tech, and more safety on top of an option to improve offroad driving.

It also delivers more power and performance since switching from a 4-cylinder engine to a straight-six.

It's the first X model to get a host of chassis system upgrades such as two-axle air suspension, Integral Active Steering and an Off-Road package to enhance the car’s versatility, dynamic ability and comfort levels. Easily one of the largest luxury vehicle on local roads, the X7 sports activity vehicle can be ordered as a seven- or six-seater without compromising the individual spaces of all onboard.

Despite its size, the X7's combination of 3.0-litre inline six-cylinder turbo engine with 340hp, intelligent air-suspension and xDrive all-wheel-drive system ensures the vehicle maintains a sporty performance and handling in BMW tradition. 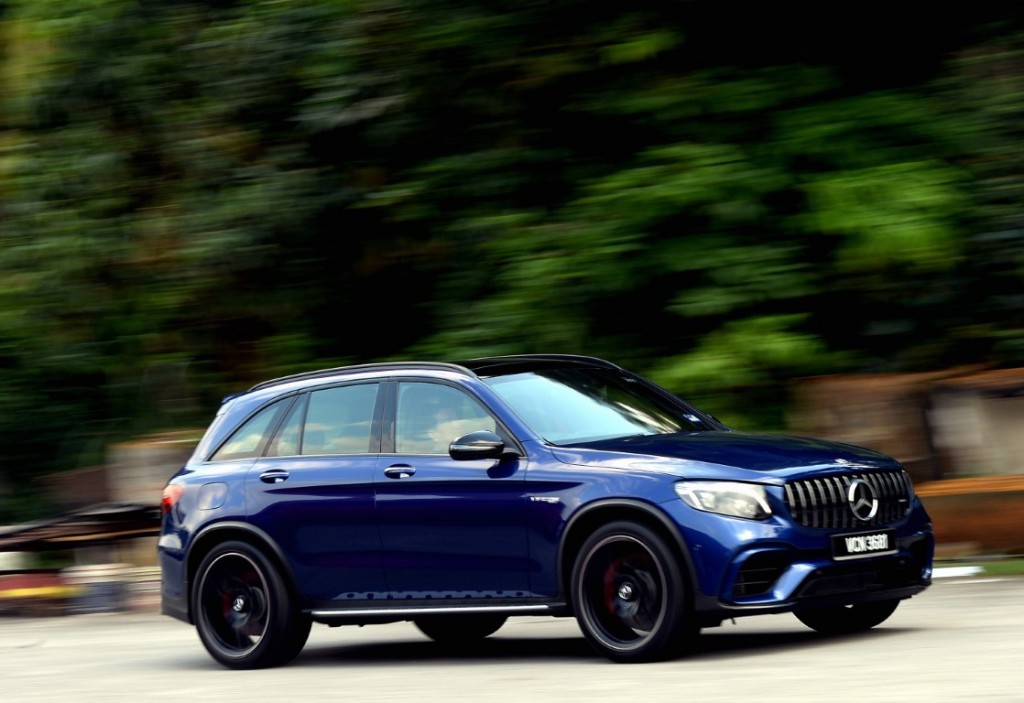 As one of the quickest sports utility vehicle in Malaysia, the GLC 63 S 4MATIC+ with its V8 twin-turbo engine pumping out an overwhelming 510hp, offers a sportscar-like driving excitement, performance and road handling with ample space for five persons on-board.

Despite offering a thrilling drive, the GLC 63 S is luxurious and sporty inside with a black and red theme with Nappa leather and Artico man-made leather. Priced at around RM200,000 - the Ford Ranger Raptor is designed for the true enthusiast off-roader and is the only factory-built performance truck across the Asia Pacific region.

It is built to exude brute power, performance and durability and is fitted with high-tech features that help to provide an adrenaline rush in the field.