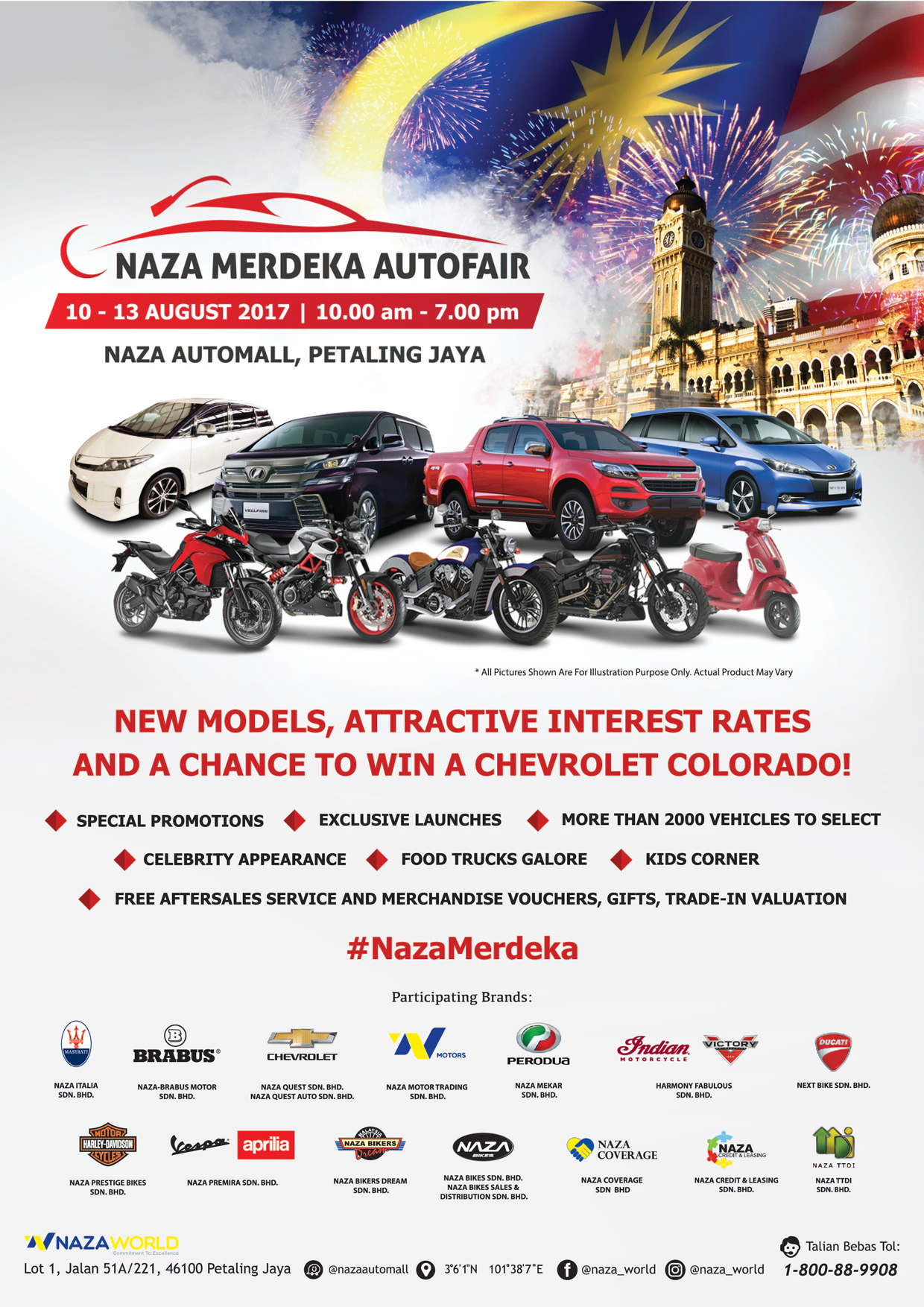 PETALING JAYA: Naza World, home to the nation’s most exotic cars and motorcycles, will open its doors from 10am to 7pm to the Malaysian public during the exclusive Naza Merdeka Autofair 2017 from Aug 10 to 13, 2017.

During the four-day period, the Naza World Automall in Petaling Jaya will showcase more than 2,000 vehicles under one roof, offering the lowest prices with attractive interest rates, and there are a host of fun-filled activities to commemorate the 42nd anniversary of the Naza World Group of Companies in conjunction with the nation’s 60th Independence Day.

Apart from the various promotions offered, and to further entice the general public to visit the Naza Merdeka Autofair 2017, customers who purchase any vehicle during the fair period will automatically be in the running for the Spend and Win contest.

The grand prize of the Spend and Win contest is a Chevrolet Colorado.

Visitors will also be entertained by various exciting activities that Naza World have planned, all backed with lucky draw contests for a chance to win fabulous merchandise from all participating brands.

“Naza has been delivering mobility solutions of the highest quality to Malaysians since 1975, and it would not have been possible without the firm support of our customers. We are aware that the current economic situation is challenging, which is why we have to help the nation by encouraging both spending and saving.

Motoring enthusiasts are welcome to visit the Naza Merdeka Autofair 2017 showcase which is open to public from 10 am to 7pm, from Thursday, Aug 10 to 13 2017 at the Naza World Automall in Petaling Jaya.