KUALA LUMPUR: The Audi A8 L flagship luxury sedan with a 3.0-litre TFSI quattro Tiptronic powertrain and mild hybrid technology is launched in Malaysia at RM879,900.

Only offered here in the long wheelbase A8 L form, its engine operates in conjunction with a belt alternator starter (BAS), which is the nerve centre of the 48-volt electrical system.

This MHEV (mild hybrid electric vehicle) can coast with the engine switched off, and restarts smoothly.

Fuel economy can be improved by up to 0.7 litres per 100km in real driving conditions.

In its fourth generation, the A8 L is renowned worldwide for sports appeal, lightweight construction and quattro permanent all-wheel drive.

As for the interior, the new A8 L does away with the familiar rotary pushbutton and touchpad of its predecessor.

The instrument panel is kept largely clear of buttons and switches.

At its centre is a 10.1-inch touchscreen display which, when off, blends almost invisibly into the high-gloss black surround thanks to its black-panel look. 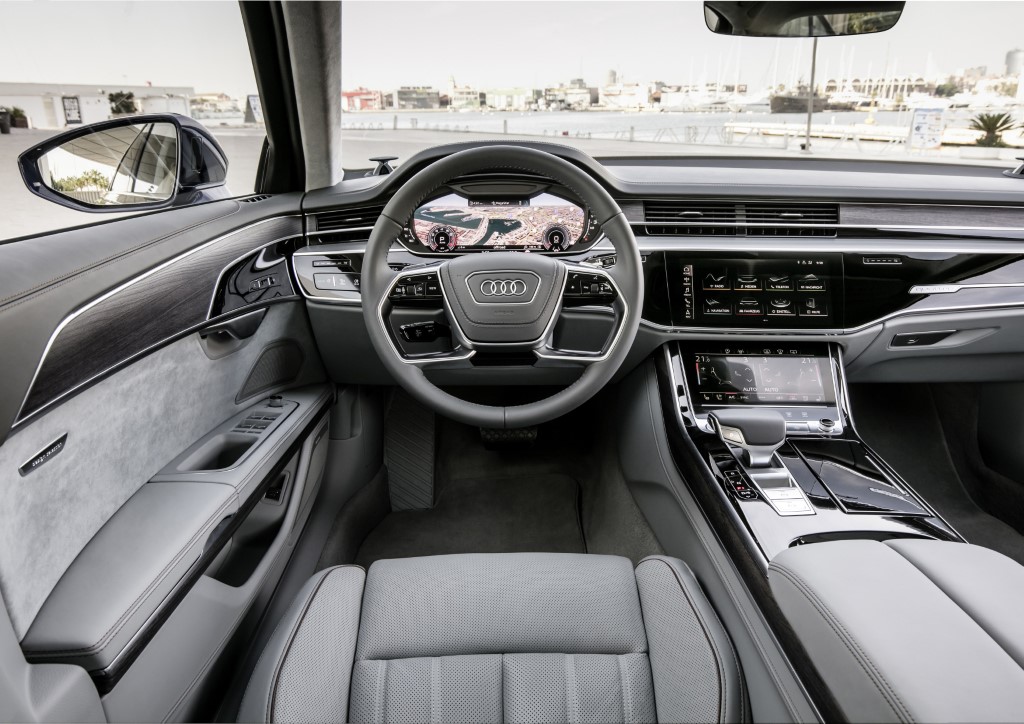