Home / News / Audi e-tron GT planned straight through without physical prototypes. But how?

Audi e-tron GT planned straight through without physical prototypes. But how? INGOLSTADT: The Audi e-tron GT is the first Audi model for which production was planned entirely without physical prototypes.

Multiple technical innovations made this possible, including three-dimensional building scans, machine learning processes and the use of virtual reality.

All assembly processes, such as procedures and employee actions were tested and optimized in virtual spaces that model their real-world counterparts down to the finest detail.

Virtual planning is now used across site boundaries, enabling digital, connected working without business trips or foreign assignments – and not just during the coronavirus pandemic. 3D scans and the planning in virtual spaces make processes more efficient and sustainable. Key to the virtual planning is a 3D scanner for generating the corresponding data.

It is roughly two metres tall and is mounted on four wheels so that an employee can move it around the spaces.

At the top is a LiDAR (Light Detection and Ranging) unit and three additional laser scanners as well as a camera. Two processes are conducted simultaneously while scanning a space: the wide-angle camera takes a picture of the space while the lasers precisely measure it and generate a three-dimensional point cloud of the surroundings.

A total of 250,000 square metres of production hall space at the Neckarsulm site alone has already been scanned using this technology.

But it is the interaction between the hardware and software that takes the points, images and data sets generated and turns them into a usable overall image that can be used with the existing planning systems.

The software used is an in-house Audi development based on artificial intelligence and machine learning. The point cloud and the photographs are combined to produce a three-dimensional, photo-realistic space similar to what is seen in Google Street View. 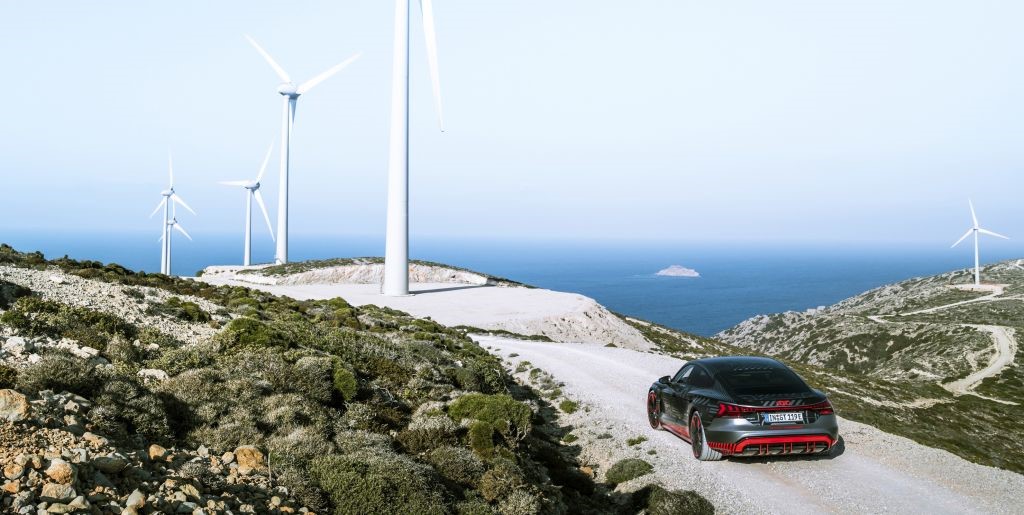 Proportions and sizes are true to scale and correspond to reality. The software also automatically recognises all objects, such as machines, shelves and systems in the space.

Virtual planning is not restricted to just processes and work procedures.

Objects such as containers for the transport and storage of sensitive parts, called special load containers, can also be planned using this technology.

These containers for individual, particularly sensitive parts of the Audi e-tron GT, such as electric modules or interior parts – were planned using Audi’s cross-site and cross-division virtually reality application rather than using multiple physical prototypes of iron and steel.