FRANKFURT: Since the end of 2018, the first fully electric Audi has been quietly humming down streets around the world. Now the German manufacturer is preparing to roll out an even more powerful version of the E-Tron SUV.

Arriving in late 2020 with as much as 503hp, Audi's new S-badged version of the E-Tron will deliver a bigger performance for a bigger price.

For comparison, the normal E-Tron has one motor at the front and one at the rear for 408hp, while the E-Tron S has two mounted in the rear for an acceleration from 0 to 100kph in 4.5 seconds. Top speed is put at 210kph.

Because each motor can be controlled individually and the power can thus be better distributed, Audi says this car represents the next generation of its four-wheel drive with better driving dynamics.

This is helped by a more tightly tuned chassis and a sharpened design. Among other things, the E-Tron is 5cm wider and has a modified grille.

To improve aerodynamics, there are flaps to regulate air flow, and the fender extensions are punctured in such a way that the airstream can flow through them, Audi says. 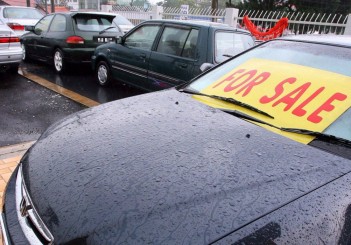