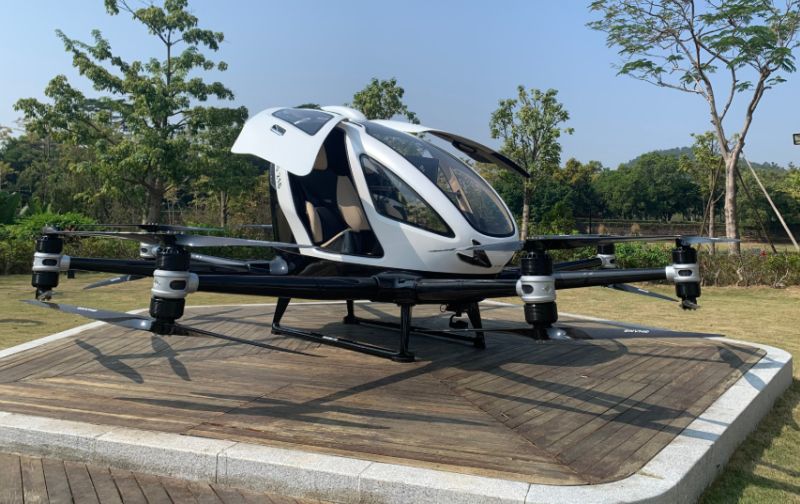 PETALING JAYA: The Civil Aviation Authority of Malaysia confirmed that an application to test a passenger drone prototype in the vicinity of the Subang airport was submitted a few days prior to the proposed test flight on Nov 21, but no authorisation was given.

“The (first) flight demonstration conducted earlier was also not authorised, and the matter is still pending investigation, ” said a spokesman from the aviation authority in response to queries from The Star on the widely talked demonstration for the “flying car”, a matter championed by Entrepreneur Development Minister Datuk Seri Mohd Redzuan Yusof.

On matters governing flights of unmanned aircraft, the aviation authority said the regulation posted on its website was current.

“We’d just like to emphasise that the Civil Aviation Authority is focused solely on the safety of civil aviation,” said the spokesman, who declined to comment on Redzuan’s statements that its refusal to grant permission was “stifling innovation” in the country.

While policymakers try to sort out whether the passenger drone is just a mere drone, a helicopter or a hybrid, it is worthwhile checking the aviation authority website if you intend to pilot drones in Malaysian airspace.

As a rule, drones cannot be flown in Classes A, B, C or G airspace, within an aerodrome traffic zone, at heights exceeding 122m (400ft) above the ground, unless authorisation from the CAAM director-general has been obtained.

Generally, authorisation is not needed if the pilot intends to fly a small drone, though he or she must be fully “satisfied that the flight can safely be made”, that unbroken direct contact be maintained so that the drone can be controlled well enough to avoid other aircraft, persons, vehicles, vessels and structures.

However, authorisation is needed if such flights are intended to be made within Classes A, B, C or G airspace, within an aerodrome traffic zone, or at heights exceeding 122m.

All forms of commercial aerial work, such as the provision of specialised services in agriculture, construction, photography, surveying, observation and patrol, search and rescue, aerial advertisement and other similar activities, require authorisation.

Applications for these kinds of permission start from RM250 for a small drone and go all the way up to RM1,000 for larger units.

Authorisation is also required in any of the following circumstances:

> Within 150m of any designated area, which is defined as an area for residential, commercial, industrial or recreational purposes;

> Within 50m of any vessel, vehicle or structure which is not under the control of the person in charge of the aircraft;

> Within 30m of any person during take-off or landing.

Penalties for infringement can be severe, with an individual liable for a fine of up to RM50,000 or imprisonment for a term not exceeding three years, or both.

The Malaysia Unmanned Drones Activist Society weighed in on the subject, saying the growing popularity of drones must be met with clearer regulations and more extensive training courses for new pilots.

Its executive secretary, William Alvisse, said there was an urgent need to update drone laws, urging for more clarity between the commercial, academic and recreational drone operators.

“Each area is operating in different ways and hopefully, there will be more detailed rules and less ambivalence in the industry and community to adhere to, ” he said.

“Sometimes, the ambiguity causes uncertainty and leaves too much room for interpretation.”