Bentley tests its futuristic biofuel by climbing up Pike’s Peak 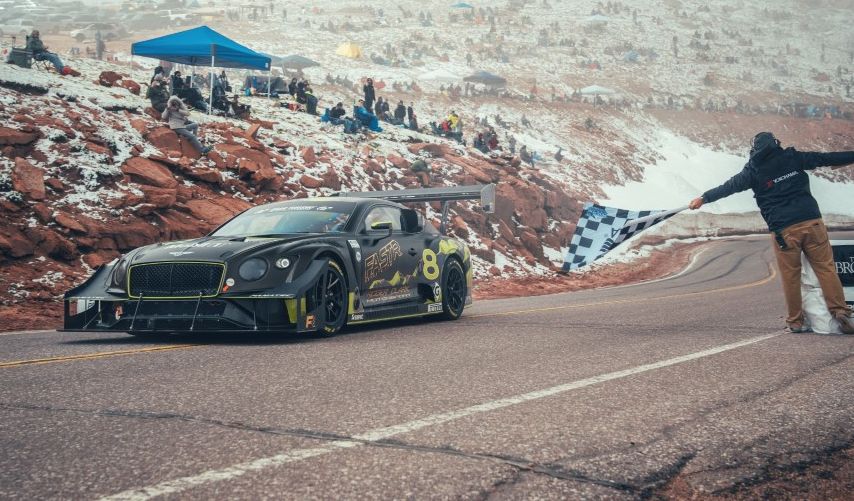 NEW YORK: On June 27, the most extreme Bentley ever made raced up one of the highest peaks on the North American continent as a modified Continental GT3.

The modified coupe recorded the fourth-fastest time during the 99th running of the Pike’s Peak International Hill Climb near Manitou Springs, Colorado.

It was an honourable finish, considering that the field of 54 hyper-tuned racers included Porsches, Camaros, BMWs, and even “open wheel” specials built uniquely for this race. 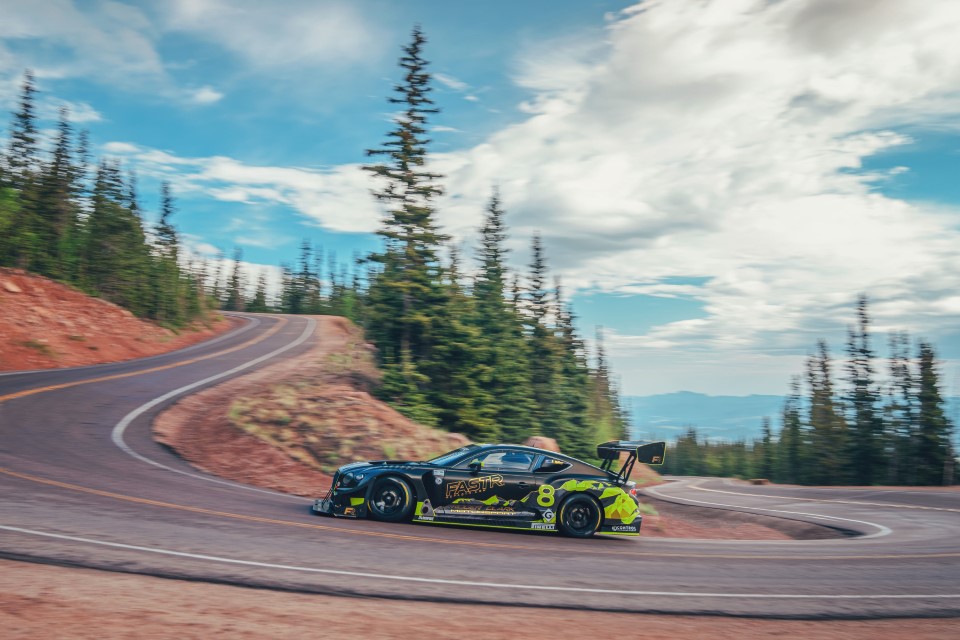 Robin Shute, a British professional racing driver based in Los Angeles, took top honours for the field in his 2018 Wolf GB08 TSC-LT.

Despite a late-stage backfire that split the carbon intake manifold and caused the car to lose boost near the finish, the Bentley took top honours among alternatively fuelled vehicles in the race, obliterating the times of the much-ballyhooed Tesla Model S Plaid edition and a hybrid Acura NSX.

Bentley is using the performance to kickstart what will be the biggest effort in the company’s 102-year history: to become carbon neutral by 2030.

Run since 1916, the Pike’s Peak International Hill Climb is noted as much for iconic drivers—Michelle Mouton and Ari Vatanen—as for its danger. (Vatanen’s film Climb Dance, which chronicles his 1988 run up the then-unpaved peak, rivals Claude Lelouch’s legendary 1976 C’était un Rendezvous in cinematic allure.) Drivers train for years to master it; each year, a few inevitably overshoot turns and go off the edge of the sheer cliffs that line the course. Some have died, including four-time champion Carlin Dunne, who in 2019 crashed his Ducati Streetfighter V4 Prototype 20 yards before the finish line. His death signalled the end of the motorcycle division in the hill climb.

To break a course record, a car would have to complete the nearly 5,000-foot climb with 156 corners at an average speed of 125kph.

The Continental GT3 had been modified almost beyond recognition as a Bentley. Cooling air scoops took the place of rear windows, while short side exhausts and a roll cage featured prominently in a cabin stripped of the leather, chrome, and wood luxuries that characterise other Bentleys.

Most notable, a massive rear wing, the biggest ever affixed by the Bentley factory to a car, joined a rear aerodynamic package balanced by a two-plane splitter at the front and separate dive planes around each side of the car. 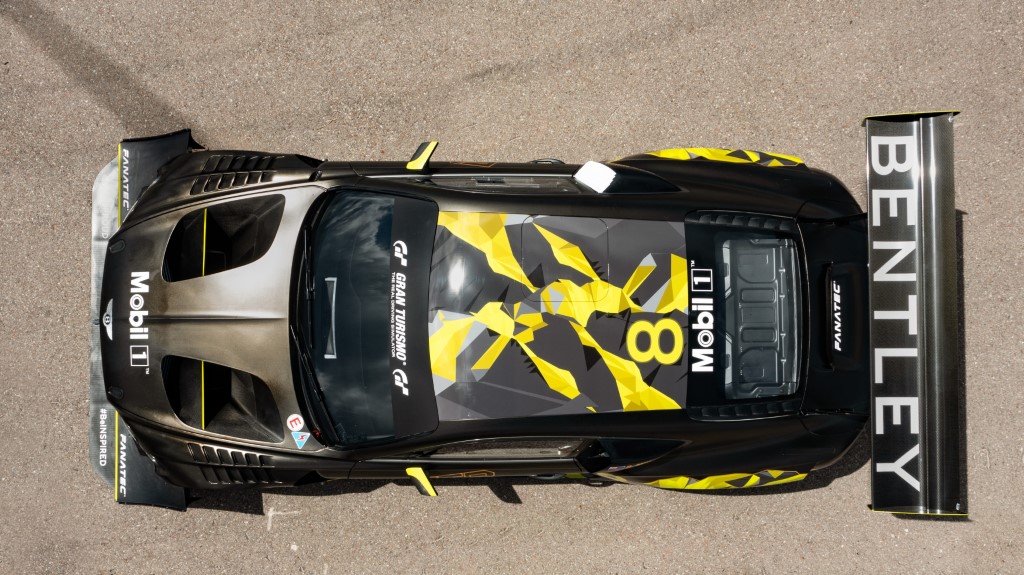 These were intended to funnel air quickly and keep the car planted on the ground while it achieved speeds that would otherwise make it take flight. To hit the speeds the team wanted, Bentley driver Rhys Millen, a three-time Pike’s Peak Champion, would have to average nearly 130kph across the entire course, with top speeds above 220kph.

Entering the Continental GT3 was the first major step in Beyond100, Bentley’s sustainability programme that aims to have its entire model range offer a hybrid variant by 2023 and its entire line offered as electric by 2030. The first fully electric Bentley is due by 2025.

“We want to do things that are unexpected,” said Mike Sayer, Bentley’s head of heritage, over dinner the night before the race. “When you come out here to the mountains and see all of these race cars attempting a hill climb, the last thing you’d expect to see is a Bentley.”

Bentley has long made the stateliest of British coaches. With hand-hewn wood veneers, massive gilded grills, deep-pile carpeting, and interiors as silent as churches—with high price tags to match—they are driven by everyone from Keith Richards to Diane Von Furstenberg (she likes hers in British Racing Green) and owned and enjoyed by the Queen of England. 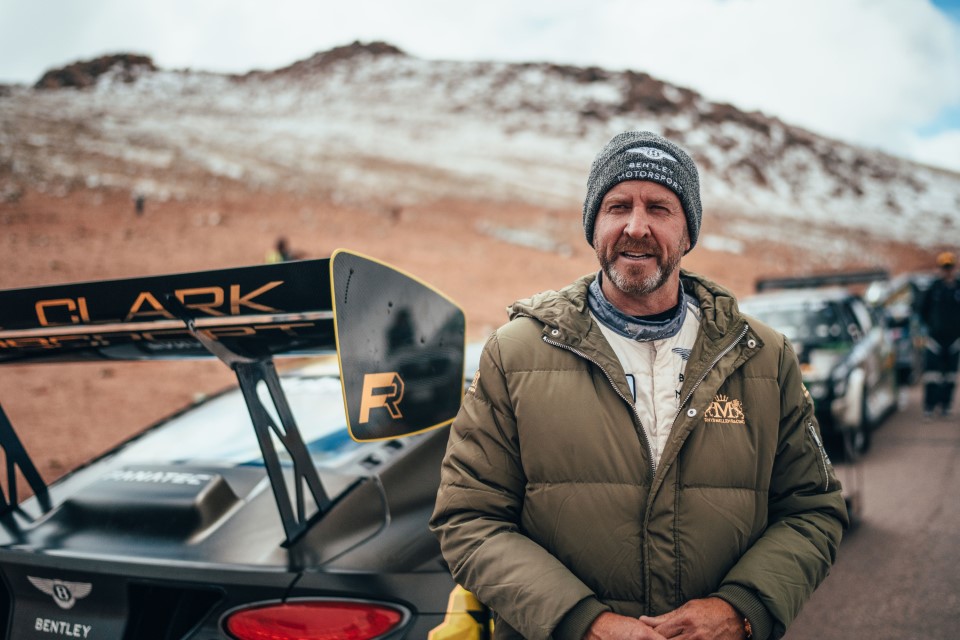 But Bentley also has historical precedent as the maker of some of the world’s most successful race cars.

In the 1920s, a crew of wealthy young British daredevils known as the Bentley Boys developed and raced supercharged Bentley Blowers across Europe.

Their dangerous and dashing exploits—and their many historic championships at events like 24 Hours of Le Mans—set Bentley on the path to being one of the world’s most prestigious, sought-after automakers today.

Last year, Bentley sold 11,206 vehicles worldwide — a 2% increase over 2019 during one of the worst years for car sales in recent history. It was the highest sales performance in the marque’s history.

The biofuel that propelled the race car is the key to reaching the company’s goals. Paul Williams, Bentley’s director of motorsport, declined to name the exact cost of making it but said the fuel costs roughly five times the price of gasoline yet a fraction of the price of efuels derived from hydrogen and synthesized methanol.

“It’s still maybe not cheap enough for every driver, but for those who drive our cars, we have a fighting chance of making it work,” says Williams, noting that efuels such as those Porsche is testing cost more than a hundred times as much as gasoline. 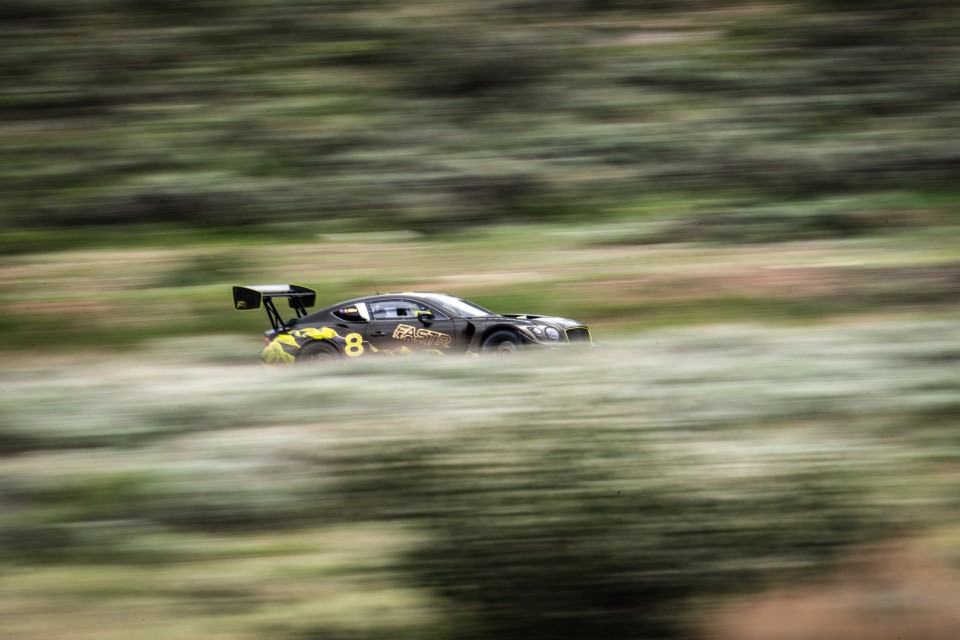 “More than 80% of all Bentleys ever made are still on the road. So the idea is that our owners could put this fuel directly into their own cars and use them seamlessly as before.”

Aerodynamic modifications give the car a 30% increase in overall downforce at sea level; front and rear axles have significantly reduced camber to focus the car on low-speed cornering performance.

There’s also the matter of so-called Life Cycle Assessment (LCA), a “cradle-to-grave” analysis technique that assesses the environmental impacts of a product across all the stages of its life, from raw material extraction through processing, manufacture, distribution, and use.

The European Union is evaluating regulations related to the LCA of automobiles, with new reporting and possible implementation of stricter standards as soon as 2023.

Compared to electric power or such fuels as hydrogen, biofuel may be the best option for both humanity and the planet, Williams says.

It doesn’t require the cobalt that helps power lithium ion batteries in electric motors; the element is typically strip mined, often by children, in dangerous and unethical conditions in the Democratic Republic of the Congo.

“In the long run, over the course of the lifespan of the vehicle, we believe biofuels have far less of a negative impact.”

Racing aside, the weather at Pike’s Peak became the real issue for Bentley this year. The morning of the race, sheet ice covered miles of the road at the highest section.

Organisers repositioned the finish line lower down the mountain, at 12,780 feet, near a section called Devil’s Playground. This cut out the final third of the regular course and made any record-setting impossible for the automotive pride of Crewe, England. 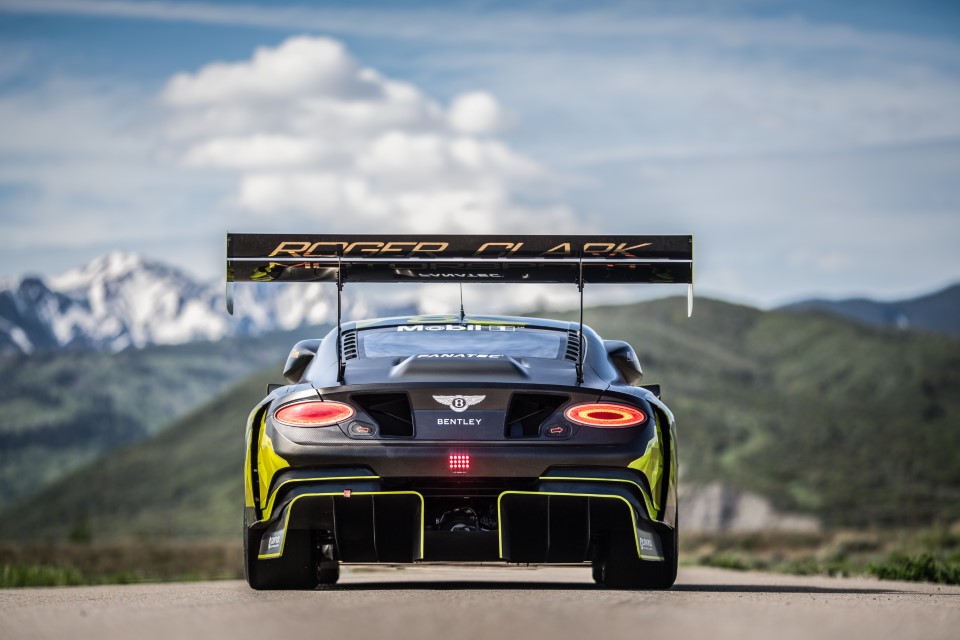 The mood in the catering tent after Millen’s run to the top was far from jubilant. As one spectator overheard walking away from the starting line put it: “Well, that’s racing.”

Bentley, it seems, still counts the run as a success. Company executives say the Continental GT3 Pikes Peak is Bentley’s first renewably powered race car. It won’t be the last.