BMW brings X6 up to speed 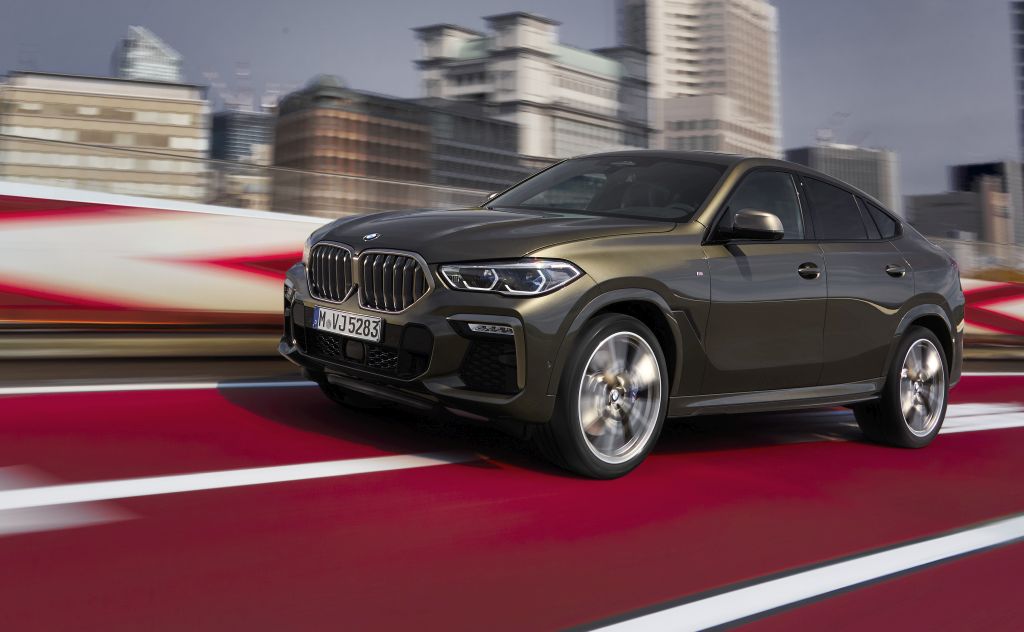 MUNICH: BMW has unveiled the third-generation X6, which is set for market launch in November.

Like the X5 and X7, the large, single-frame BMW kidney grille is the most striking feature of the front end. The outer edges of the kidney grille now approach the headlights at a clearly defined angle.

The new BMW X6 is available for the first time as an option with an illuminated BMW kidney grille, which adds an exclusive flourish to the exterior design. The illumination is activated by opening or closing the car, but the driver can switch it on and off manually too. This lighting function for the kidney grille is also available while driving. If the optional BMW Laserlight with Adaptive LED headlights is specified, a BMW Laserlight spotlight with Selective Beam optimises the non-dazzling high beam function, whose range increases to around 500 metres.

The X6 is available from launch in xLine and M Sport model variants as an alternative to standard specification.

The cabin has a modern and sporty appearance and is upholstered with Vernasca leather by default. The interior offers a high degree of variability, thanks to 40:20:40 split rear seat backrests that can be folded down to increase boot capacity from 580 to 1,530 litres. Highlight equipment features from the list of optional extras include multifunction seats with massage function for the driver and front passenger, four-zone automatic climate control, thermoelectric cup holders, glass applications for selected controls, the Panorama glass roof Sky Lounge, the Ambient Air interior fragrancing package and the Bowers & Wilkins Diamond+ 3D Surround Sound System.

The line-up of engines available from launch includes two petrol units and a pair of diesel variants from the latest generation. The model line-up is spearheaded by a an M model with a newly developed 390 kW/530 hp V8 petrol engine.

The X6 M50i is joined in the range by the X6 M50d with 294 kW/400 hp six-cylinder in-line diesel engine and a quartet of turbochargers. A straight-six petrol unit with output of 250 kW/340 hp sees action in the X6 xDrive40i and the X6 xDrive30d employs a six-cylinder in-line diesel with 195 kW/265 hp. All variants meet the requirements of the EU6d-TEMP emissions standard.

The M Sport exhaust system fitted as standard on both M models is also available as an option for the other versions of the X6 or as part of the M Sport package.

All variants come as standard with an eight-speed Steptronic transmission, while intelligent all-wheel drive maximises traction, agility and directional stability. The latest generation of the BMW xDrive system once again splits drive torque between the front and rear wheels variably and as the situation demands – only now with even greater precision and speed.

The car’s sporting attributes are aided by the electronically controlled M differential lock at the rear axle available as part of M Sport specification or in conjunction with the optional xOffroad package. The X6 comes with a double-wishbone front axle and five-link rear axle. Dynamic Damper Control is standard. The Adaptive M suspension Professional with active roll stabilisation and Integral Active Steering promises to give the SUV more a more agile and sporty driving character.

Like the X5 which the X6 is derived from, it is also available with all-round air suspension that allows for automatic self-levelling. The car’s height can be altered at the touch of a button in the cockpit through a maximum 80mm.

An off-road package is available for all variants except for the X6 M50i and X6 M50d, allowing the driver to choose from four modes that optimise progress over snow, sand, gravel or rocks respectively. And at the press of a button, they can also activate the ideal settings for the vehicle’s ride height, the xDrive system, accelerator response, transmission control and the DSC system’s corrective inputs. Standard specification includes Cruise Control with braking function and the Collision and Pedestrian Warning with City Braking function, which also alerts the driver when a cyclist is detected. The Active Cruise Control system with Stop & Go function is available as an option. The Driving Assistant Professional can also be found on the options list for the X6. The BMW Live Cockpit Professional in the new X6 combines a full digital instrument cluster and a Control Display, both with a screen diagonal of 12.3 inches.

The settings and controls can be accessed by the driver in various ways: using the iDrive knob, steering wheel controls, the centre infortainment touchscreen, voice commands or gesture
control. 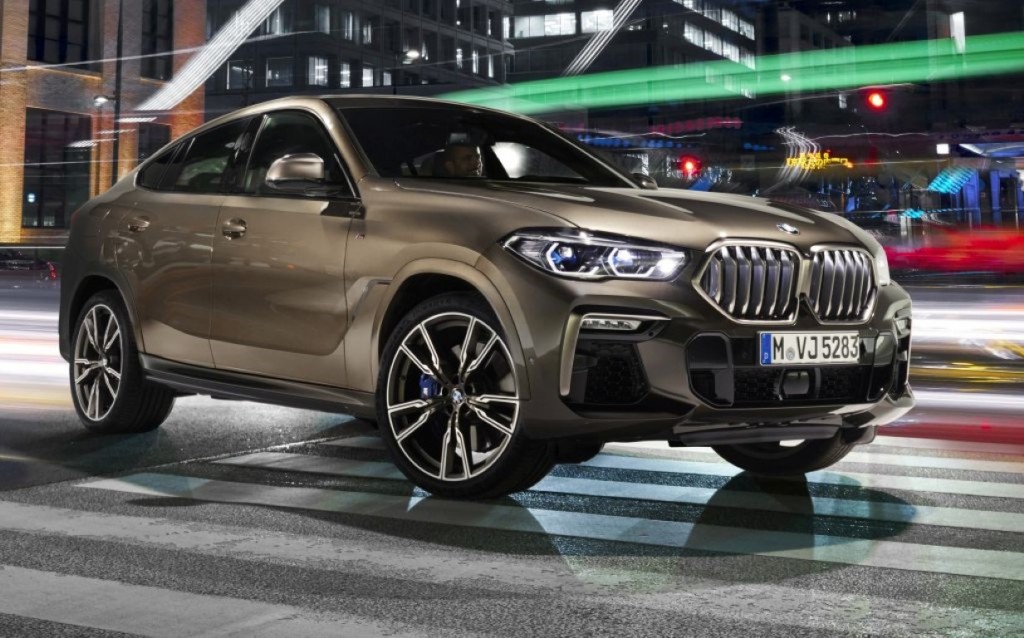