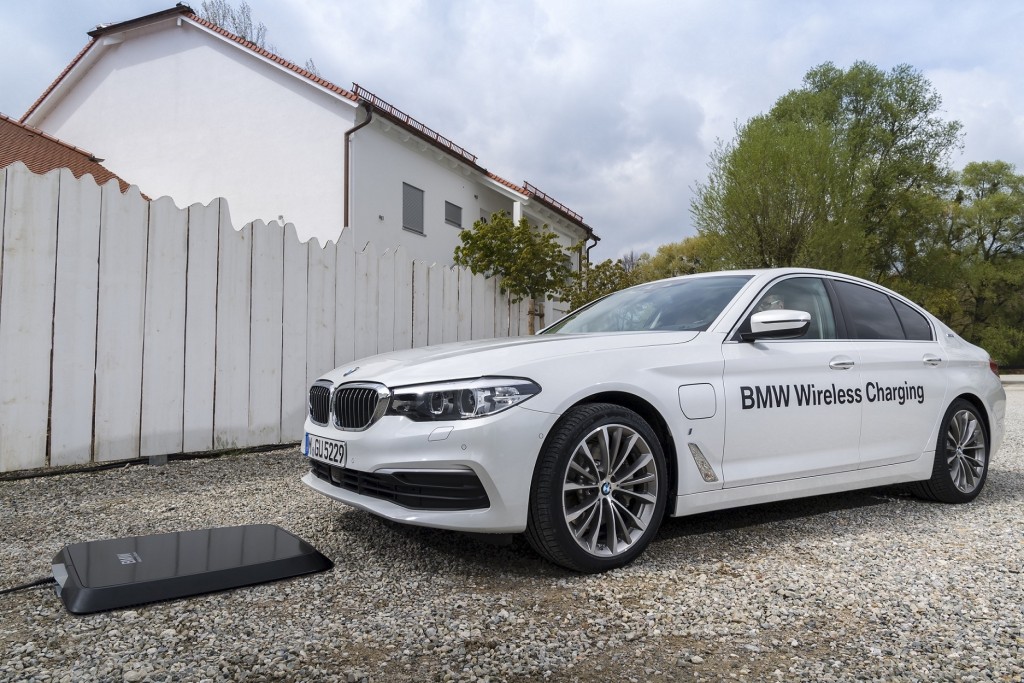 The company announced last Friday that it would expand this project to the United States.

The project is available for 200 qualifying California homeowners who can both lease the 530e sedan for the 36-month time period and whose homes are appropriately placed on their local electrical grid.

For those approved to participate in the programme, the company will send certified Qmerit installers to the members' homes to set up the GroundPad Module. All costs related to the installation, maintenance, and removal of the pad will be covered by BMW.

The GroundPad pulls energy from a main power supply and transmits it to the CarPad on the underside of the 530e which simply rests on above it.

According to BMW, once the vehicle is parked in place, charging will automatically begin without any prompts from the driver.

Energy is transferred from the magnetic field-inducing GroundPad to the CarPad to the battery via an electric current. Charging power measures in at 3.2kW, allowing the sedan's battery to reach full charge in about 3.5 hours.

The technology is essentially a car-sized version of the technology used to charge smartphones wirelessly on a charging pad.

This project is a method for BMW to move closer to its goal of "an infrastructure that will make charging the battery of an electrified vehicle even simpler than refuelling a car with a conventional engine."