CHANGSHA (China): A vehicle's wiper blade is often overlooked and under-appreciated, yet it is a crucial component for road safety in wet weather.

The wiper blade is usually forgotten by owners until the rubber wiping element wears out; resulting in unwiped or streaky areas, and thus, poor driving vision.

And what seems to be a rather common and easily manufactured component, proved to be anything but, as a bunch of writers found out after paying a visit to the Bosch automotive plant in Changsha, China.

This is in line with the German engineering and manufacturing giant's philosophy of “Made in Bosch” or consistent manufacturing standards worldwide. “We are committed to deliver quality products from our Changsha plant. Robust design, reliable quality and superior service level are the focal points that we concentrate on to win and maintain customers’ trust,” said Dr Norman Roth, regional president for Bosch Electrical Drives for Asia Pacific.

Spanning a total of 82,000 sq meters, the plant in Changsha currently employs 4,640 associates, and features a 2,400 sq metre research and development lab with facilities designed after the Bosch plant in Belgium.

Changsha, with a population of over 7 million, is the capital and largest city of Hunan province in south-central China.

It is among the foremost historical cities in China, and the late Chairman Mao Zedong discovered communism there - a fact that the city takes great pride in.

In fact, the world's largest statue of Mao Zedong, a 105-feet-tall sculpture is found on Orange Island, a key scenic spot in Xiangjiang river which cuts across the city.

Changsha is also known as a gateway to the famous Zhangjiajie scenic area, which is only four hours away by bus.

Today, the Bosch plant in Changsha utilises a high level of automation technology in manufacturing, including a fully automated assembly machine for wiper blades - the only one of its kind in Asia Pacific.

It can produce 10,000 wiper blades per day, and the Bosch manufacturing process is impressive in both scale and meticulous attention to details. Quality control processes in the plant include visual checks, and using sophisticated gauges and equipment to check for even pressure distribution of the rubber wiping element.

There is also a focus on detecting defects via simulation tests, such as wiping action on a wet windshield.

For example, in a high temperature test, the wiper blade is parked on a windscreen for 100 hours at 70 degrees Celsius.

Bosch uses an exclusive rubber formula for its flat-blade wipers, which is resistant to cracks and damages from long-term ozone and sunlight exposure.

In ozone resistance tests, the rubber wiping element is stretched by 15 per cent and stored in an ozone-free atmosphere for 46 hours. 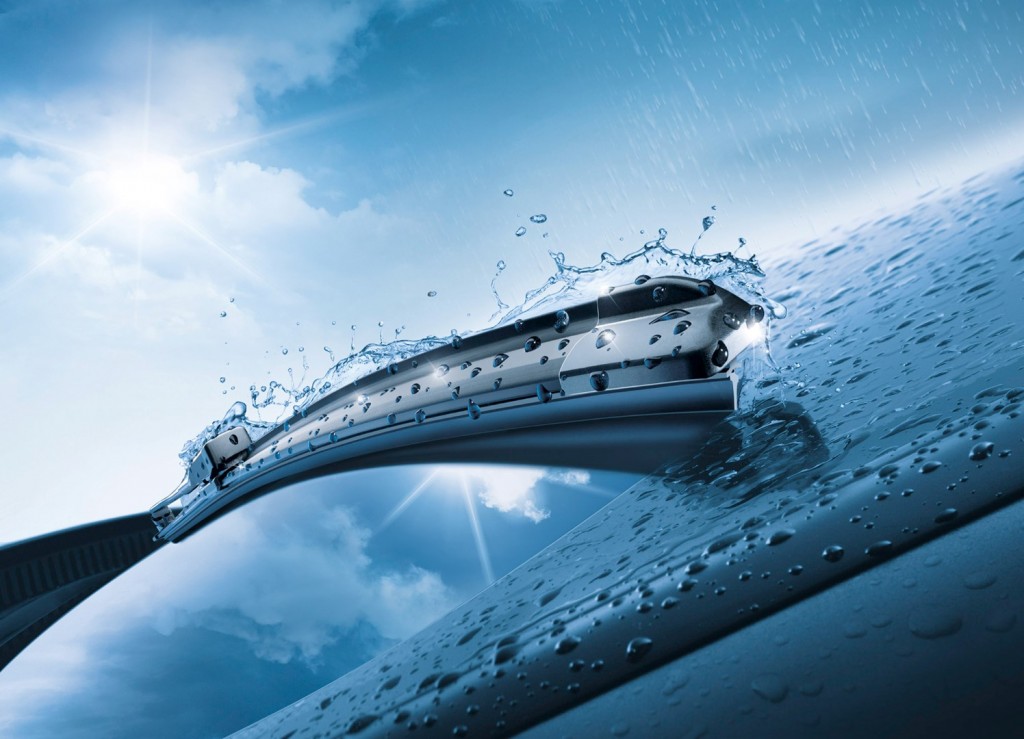 Another test involves the rubber wiping element being exposed to an ozone atmosphere of two parts per million at 25 to 28 degrees Celsius, and 60 per cent relative humidity for 46 hours.

To pass the tests, Bosch requires the rubber wiping element to have no visible cracks at 20 times magnification under microscope.

The plant in Changsha focuses on producing flat-blade wipers, which are fitted on more than 50 per cent of new cars in China.