British-made Civic Type R to be exported to Japan 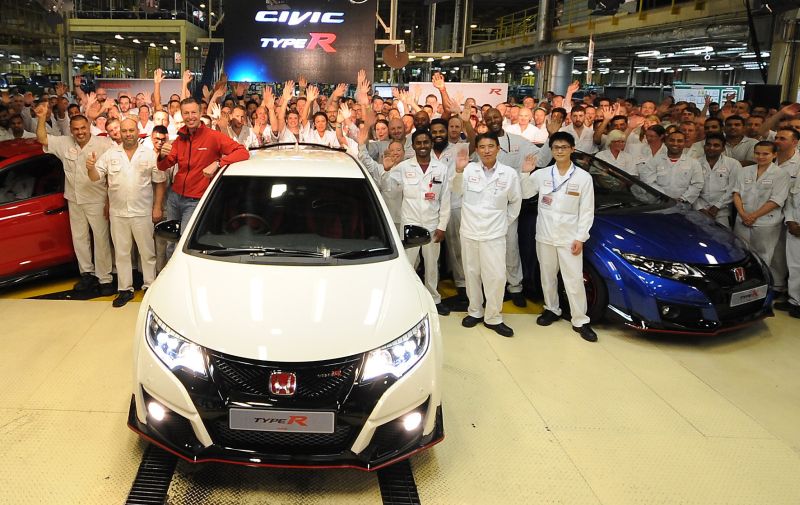 TOKYO: Honda has announced that the new Civic Type R, built in Britain, will be destined for customers in Japan.

The first units to be shipped from Honda of the UK Manufacturing are due to arrive in Japanese showrooms from autumn this year.

This news, issued by Honda CEO Takahiro Hachigo is a further boost for the 3,000 workers at the British plant, as it follows the recent announcement of new investment at the plant of £200 million, with the plant becoming the global production hub for the next generation Civic five-door model.

The first Civic Type R rolled off the production line only last week and speaking at the start of mass production, the plant's managing director, Soichiro Takizawa said, “The new Civic Type R is a significant model for Honda, representing our racing spirit and demonstrating our commitment to innovation and passion.

Honda revealed the Type R ahead in March last year.

Billed as a "race car for the road", the car gets a new 2.0-litre VTEC TURBO engine.