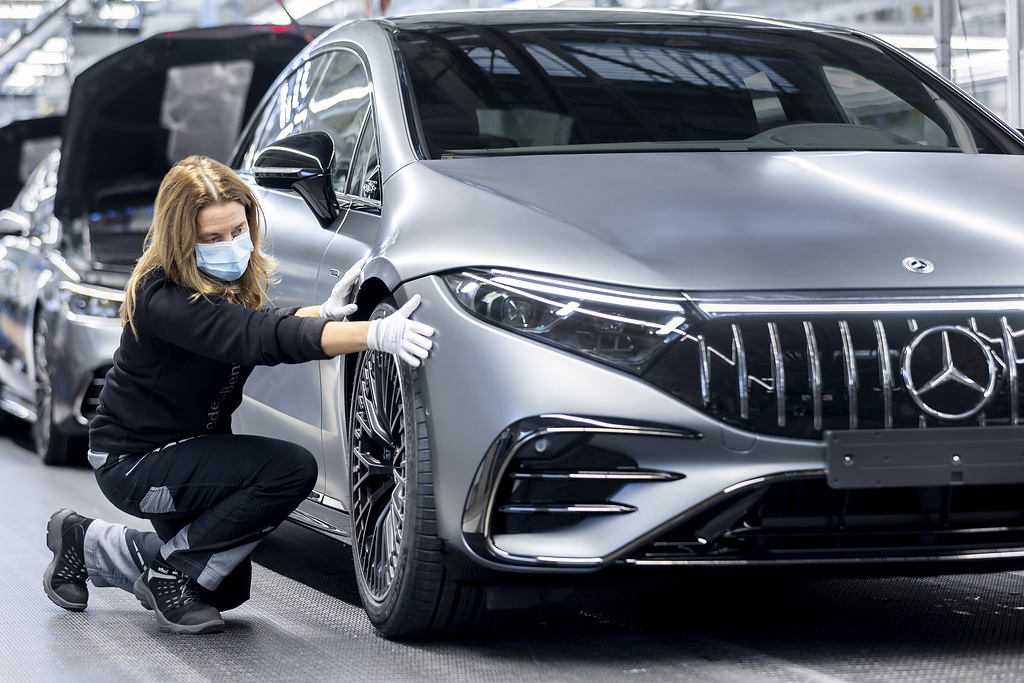 BERLIN: Daimler AG will be formally renamed Mercedes-Benz Group AG on Tuesday - nearly a year after the spin-off of its truck and bus division was announced - in a move its boss hopes will unlock shareholder value for the premium carmaker.

The change is the latest in a string of structural reshuffles for the carmaker that began its life as Daimler-Benz AG in 1926.

The Mercedes brand, named after the daughter of an automobile entrepreneur, was officially adopted by Daimler AG in 1902.

"We have a real chance to raise the multiple," CEO Ola Kaellenius told reporters on Friday, without naming a specific target valuation for the firm now worth just under 77 billion euros (US$85.70 billion).

Shares of Daimler Truck AG, spun off from the newly anointed Mercedes-Benz last December, have risen slightly since their market debut to trade at 32.23 euros on Friday. Mercedes-Benz shares, at their highest levels since 2015 in November 2021, reached 74.25 on the day of the split, but have trended slightly lower since to trade at 71.15 euros.

Still, a premium carmaker battling over the luxury market, by definition small and finite, could only grow so much, analysts said.

"Investors could start viewing Mercedes as a Lucid Motors or Tesla type and start to give it an EV (electric vehicle) multiple," European auto analyst at RBC Capital Markets Tom Narayan said.

"But Lucid and Tesla get to start at 100% EV. For Mercedes you have to convert your existing ICE (internal combustion engine) business to EVs. That may be a limitation on how far the multiple could go near-term."

Daniel Schwarz, management director at Stifel, said valuations reflected the view that German brands were on the defensive, forced to protect their market share.

"Tesla's valuation is based on the assumption that Tesla will win market share from German manufacturers, who don't have a comparable revenue growth potential."