The new boss at Daimler AG is now the younger Kaellenius, seen here with Zetsche, at the handpver in Berlin on Wednesday.

BERLIN: Daimler’s chief executive Dieter Zetsche announced a sweeping cost review on Wednesday, his last day in office, as he bid farewell to shareholders following more than a decade at the helm of luxury carmaker Mercedes-Benz.

Zetsche, who hands over the top job to 49-year-old Swede Ola Kaellenius, is credited with having returned Mercedes-Benz to the position of top-selling luxury car brand in 2016.

“Everything is under scrutiny: fixed and variable costs, material and personnel costs, investment projects, vertical integration and the product range,” Zetsche told the company’s annual general meeting here, where he was applauded by around 5,000 shareholders. READ MORE:
What Ola Kaellenius' leadership style is like

Dieter Zetsche loves BMW cars. And he can now show it


“Along with external factors, we are now also feeling the financial effects of the company’s transformation,” Zetsche said.

Pressure to develop electric and autonomous cars has seen research and development expenditure costs at Mercedes-Benz passenger cars rise to 14 billion euros from around 8 billion euros four years ago.

At the same time, China, the world’s largest car market, has seen sales momentum slow for nine months in a row, with a 5.2 percent fall in sales in March.

Mercedes-Benz became the top-selling luxury car brand again thanks to an emphasis on upmarket design which appealed to youthful buyers thanks to large digital display screens.

The renaissance of the Mercedes-Benz brand came after the German company sold Chrysler, helping the carmaker to swing from a US$1.2 billion loss in 2006, the first full year when Zetsche held the top job, to an operating profit of 11.1 billion euros in 2018.

The German luxury carmaker is spending 10 billion euros to develop a raft of electric cars so it can boast a carbon neutral car fleet by 2039 and to avoid hefty fines by regulators.

To ensure that customers buy zero-emission cars, the Stuttgart-based group said it was aiming to limit the price of new car technologies for customers.

“To do so, we have to cut costs and increase efficiency throughout the company,” Zetsche said, as he confirmed the carmaker’s full-year targets.

“This was expected, but it doesn’t make it any better. In particular, we cannot and will not be satisfied with the current level of profitability.”

Zetsche, an engineer nicknamed “Dr. Z” who joined the company in 1976, is due to become chairman of the supervisory board in 2021, following a standard two-year cooling off period.

Ingo Speich from fund manager Deka said that despite Daimler’s success in gaining market share for Mercedes, shareholders had failed to see significant improvements in the company’s share price and demanded that Daimler consider listing Daimler Trucks, a step that Daimler dismissed on Wednesday.

Instead CEO designate Kaellenius will work out ways to cut development costs for new Mercedes-Benz cars by a significant amount by 2025 and will intensify alliances with rivals as a way to improve margins. 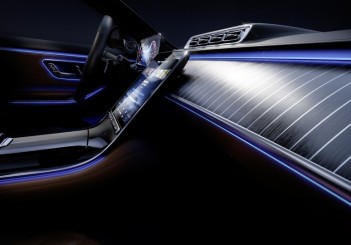