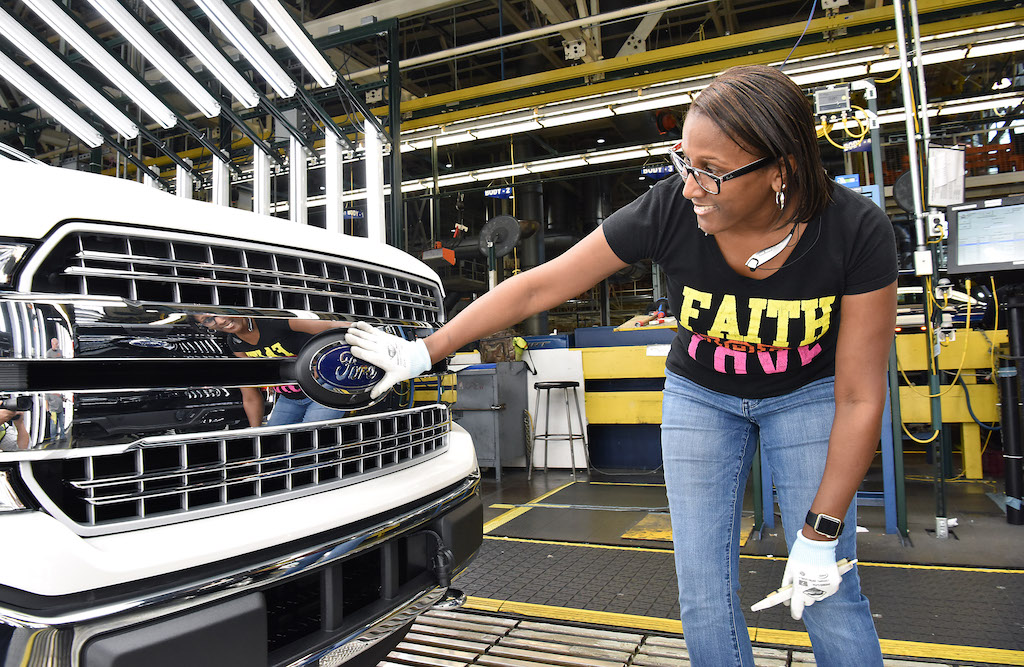 DETROIT: Ford Motor Co announced plans on Thursday to shore up its finances amid the coronavirus pandemic, aiming to generate more cash by resuming production next month of its most profitable vehicles while saving money through further cost cuts.

To generate cash, the No. 2 US automaker was poised to restart production at some plants in North America as early as April 6, bringing back such profitable vehicles as its top-selling F-150 full-sized pickup, the Transit commercial van and SUVs.

“The actions we’re taking now are wide-ranging and substantial,” chief executive Jim Hackett told employees in an email early on Thursday. “We hope they will be enough to give Ford the financial flexibility to ride out the economic and business effects of the coronavirus.”

The coronavirus pandemic, which has killed more than 21,000 people globally, has forced the shutdown of auto plants around the world.

The outbreak has put pressure on companies, including Ford, which previously drew down credit lines to build its cash position and suspended its dividend.

The US Senate on Wednesday passed a US$2 trillion economic rescue package to help unemployed workers and companies, including the auto industry, hit hard by the outbreak.

President Donald Trump, concerned about the economic repercussions of an extended shutdown, has said he wants America to get back to business by Easter, or April 12. To get more cash coming in, Ford said Thursday it would restart key plants, while introducing additional safety measures to protect returning workers from the coronavirus. It said it would detail the additional measures later.

Ford also took additional moves to conserve cash, announcing its top 300 executives would defer 20% to 50% of salaries for at least five months starting May 1, with the executive chairman deferring his entire salary. Hackett will defer half his salary.

Hackett said Ford’s goal was to avoid layoffs during the crisis, but warned that could change if the impact of the outbreak is more severe than anticipated.

However, Ford employees will continue to get healthcare coverage and those exposed to the virus and placed in quarantine will get paid time off, he added.

General Motors Co and Fiat Chrysler Automobiles NV (FCA) previously said they would shut their North American operations through March 30 and then re-assess after that.

FCA on Thursday extended its shutdown through April 13, while its parts distribution centres will continue to operate with paid volunteers. Mexico’s status is subject to a separate announcement. GM said it doesn’t have firm restart dates at this time.

United Auto Workers president Rory Gamble said Thursday the union viewed announcements like Ford’s with concern, and any decision to restart production should be based on data and each state’s position with regards to the coronavirus outbreak.

“The only guideline in a boardroom should be management asking themselves, ‘Would I send my family - my own son or daughter - into that plant and be 100% certain they are safe?’” he said in a statement. The UAW has said three union members who worked at FCA plants have died due to the coronavirus.

Japanese automaker Honda Motor Co Ltd on Thursday said it would resume work at its US and Canadian plants on April 7.

Meanwhile, Japan’s Toyota Motor Corp said it will extend a shutdown of its North American plants for two weeks, through April 17.

Ford plans to begin production on one shift at its Hermosillo, Mexico, assembly plant, where it builds the Ford Fusion and Lincoln MKZ sedans.

It will restart production on April 14 at its Dearborn plant that builds the F-150 and a Kentucky plant that makes the Super Duty version of the pickup as well as the Ford Expedition and Lincoln Navigator SUVs. Other assembly and parts plants will restart then as well.