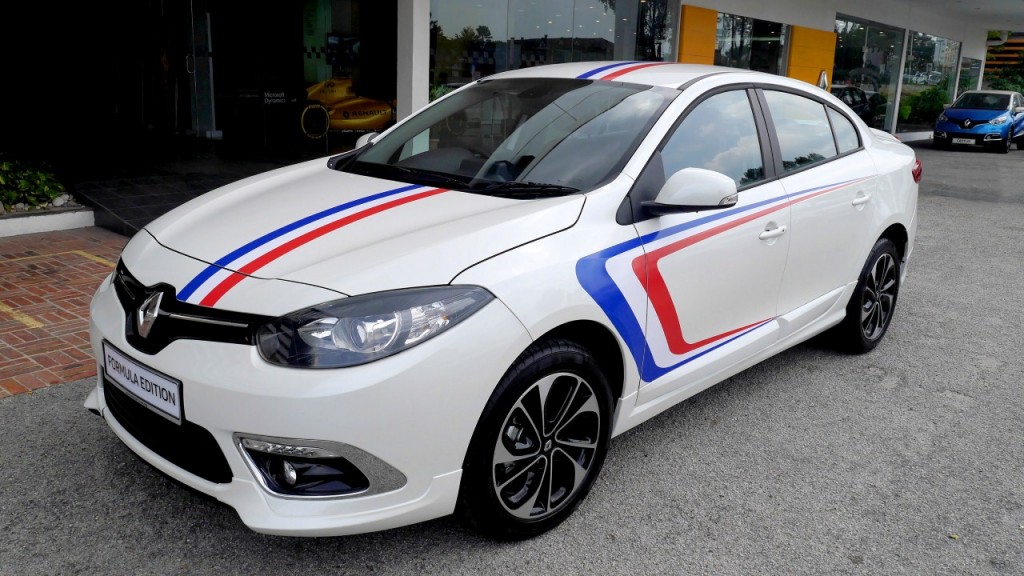 KUALA LUMPUR: The Renault Fluence has a special Formula Edition priced at RM126,688 (on-the-road inclusive of GST, without insurance).

Featuring enhanced aesthetics to the exterior as well as interior, the limited edition Renault Fluence is offered in conjunction with Renault’s return to Formula One this year as a full works team and in the lead-up to the 2016 Malaysian Grand Prix. Special treatment of the exterior include a five-piece body kit, customised blue and red coloured decals, a muffler cutter and two-toned black alloy wheels instead of the two-toned silver on the standard version.

Meanwhile, the interior of the special Renault Fluence Formula Edition features exclusive gloss black trims as well as leather seats in rich maroon instead of black.

Under the hood, the Renault Fluence Formula Edition is also powered by a 2.0L petrol engine that is mated to a CVT X-Tronic automatic gearbox, which delivers maximum power of 143ps at 6,000rpm and peak torque of 195Nm at 3,750rpm.

Key specs for the Renault Fluence include:

Renault R-LINK multimedia system and a 7-inch touch screen display with in-built navigation
USB connectivity and hands-free Bluetooth kit with music playback
Hands-free entry and engine start, with automatic ‘walk away’ door locking
Automatic climate control with rear air vents
ESP (Electronic Stability Program) with ASR (traction control)
Six airbags (front, side and curtain)
ISOFIX child seat anchors on the rear side seats
Cruise control with speed limiter
Height adjustable 3-point front seatbelts with pretensioners
Automatic door locking which operates at 10km/h and above
Boot space of 530 litres - one of the biggest in its class - which can be expanded with foldable rear seats that split 60:40. 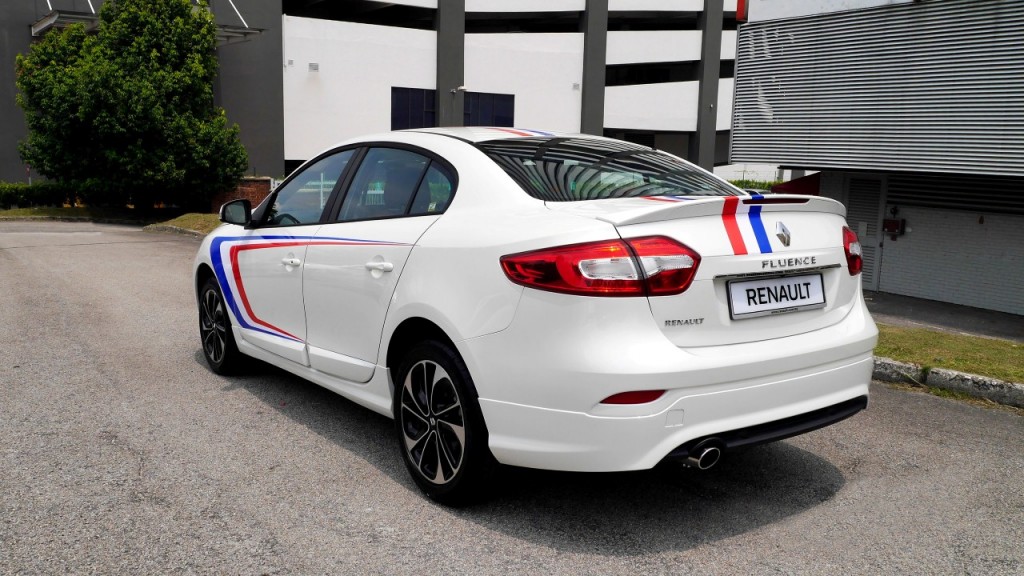 This warranty is fully backed by Renault and not undertaken by insurance companies, which means terms and conditions as well as parts covered are consistent from the first year of ownership to the end of the warranty period.