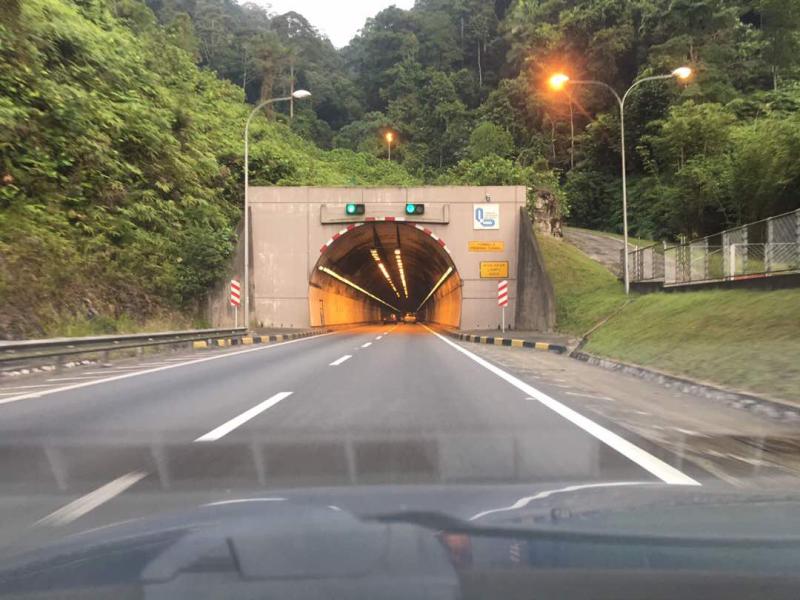 IPOH: The “killer stretch” near the Menora Tunnel on the North-South Expressway, near here, will be installed with four new Automated Awareness Safety System (Awas) cameras, says Datuk Shaharuddin Khalid.

The Road Transport Department director-general said two cameras each would be installed at both routes heading north and south, courtesy of PLUS Malaysia Bhd.

“The speed limit at this part of the expressway has always been 70kph, and when the cameras are installed, it will create more awareness and discipline among motorists,” said Shaharuddin.

“The cameras will be installed at the particular area near the Menora Tunnel steep slopes and sharp bends as well as the downhill stretch,” he told a press conference after visiting the department’s Enforcement Highway Monitoring Centre located at the old Jelapang toll plaza yesterday.

Shaharuddin said there were currently 18 such cameras installed from the north to south stretch of the expressway.

“We are hoping that the additional four cameras near the tunnel will be installed by this year, as the area has always been a ‘hotspot’ for accidents.

“Once the cameras are installed, we really hope the number of accidents along the stretch will reduce, as our job is not only to issue summonses,” he said.

Shaharuddin said the centre, operational since July 1 with the cooperation of PLUS, would monitor all enforcement activities involving four zones along the expressway.

He said 13 officers would be stationed at the centre, with an overall manpower of 82 people at the four zones located at the Gunung Semanggol RnR (rest and recreational area) (northern zone), Dengkil RnR (central zone), Pagoh RnR (southern zone) and Paka RnR (east coast zone).

“The centre in Jelapang, being the main centre, will focus on several issues such as enforcement, monitoring of overloaded commercial vehicles, those using the emergency lane, traffic congestion, the need to remove any dangerous objects on the expressway, accidents, faulty vehicles, and any other emergencies.

“PLUS had on May 23 presented the department with 10 Honda CRVs for monitoring purposes by the centre and the four zones,” he said.

“At the same time, the department has also provided 10 Proton Inspira vehicles for the enforcement teams involved in patrolling the expressway.”

PLUS’ operations excellence head Mohd Yusuf Abdul Aziz said hopefully, the cameras could be installed by the end of the year.

“With the cameras in place, they will help enhance enforcement activities, as accidents often occur at this stretch of the expressway due to its hilly and downhill terrain,” he said.