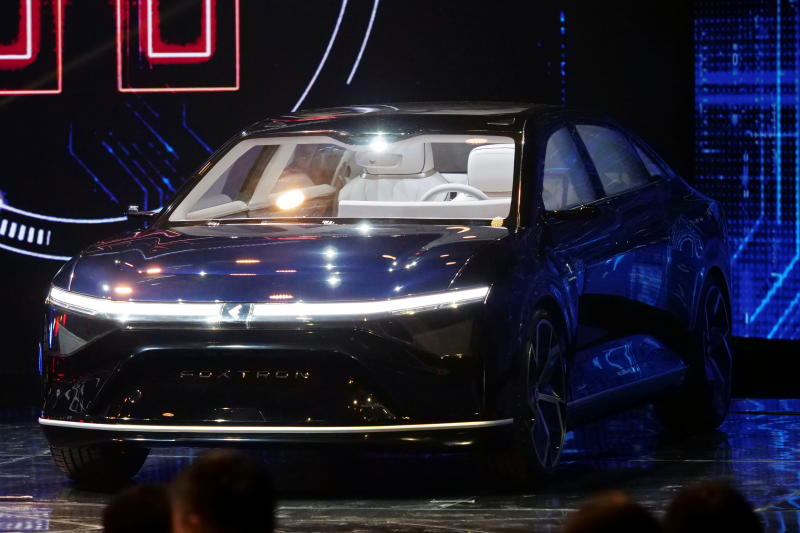 The Model E and Model C (below). — Photos from Reuters

The vehicles - an SUV, a sedan and a bus - were made by Foxtron, a venture between Foxconn and Taiwanese car maker Yulon Motor Co Ltd.

Foxtron vice chairman Tso Chi-sen told reporters that he hoped electric vehicles would be worth a trillion Taiwan dollars to Foxconn in five years time - a figure equivalent to around US$35 billion (RM146bil).

Formally called Hon Hai Precision Industry Co Ltd, the world's biggest electronics contract manufacturer aims to become a major player in the global EV market though it concedes it is a novice in the car industry. 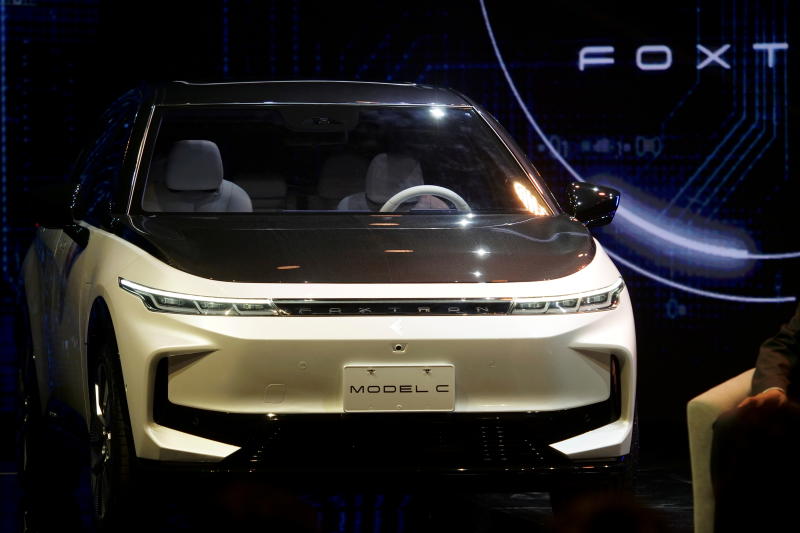 It first mentioned its EV ambitions in November 2019 and has moved relatively quickly, this year announcing deals to build cars with US startup Fisker Inc and Thailand's energy group PTT Pcl

"Hon Hai is ready and no longer the new kid in town," Foxconn chairman Liu Young-way told the event timed to mark the birthday of the company's billionaire founder Terry Gou, who drove the sedan onto the stage to the tune of "Happy Birthday".

The sedan, which was jointly developed with Italian design firm Pininfarina, will be sold by an unspecified carmaker outside Taiwan in the coming years, while the SUV will be sold under one of Yulon's brands and is scheduled to hit the market in Taiwan in 2023.

The bus, which will carry a Foxtron badge, will start running in several cities in southern Taiwan next year in a partnership with a local transportation service provider. 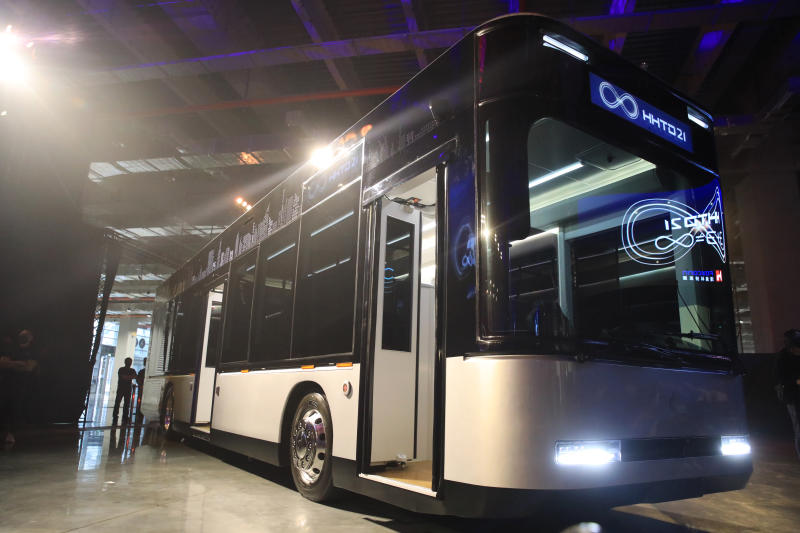 "So far Foxconn has made a pretty good progress," said Daiwa Capital Markets tech analyst Kylie Huang.
Foxconn has also set itself a target of providing components or services for 10% of the world's EVs by between 2025 and 2027.

This month, it bought a factory from US startup Lordstown Motors Corp to make electric cars. In August, it bought a chip plant in Taiwan, aiming to meet future demand for automotive chips.

A successful push by contract assemblers into the car industry has the potential to bring in a slew of new players and undermine the business models of traditional car companies.

Chinese automaker Geely this year also laid out plans to be become a major contract manufacturer.

Industry watchers are closely watching for clues of which firms might build Apple's electric car.

While sources have previously said that the tech giant wants to launch a car by 2024, Apple has not disclosed specific plans.