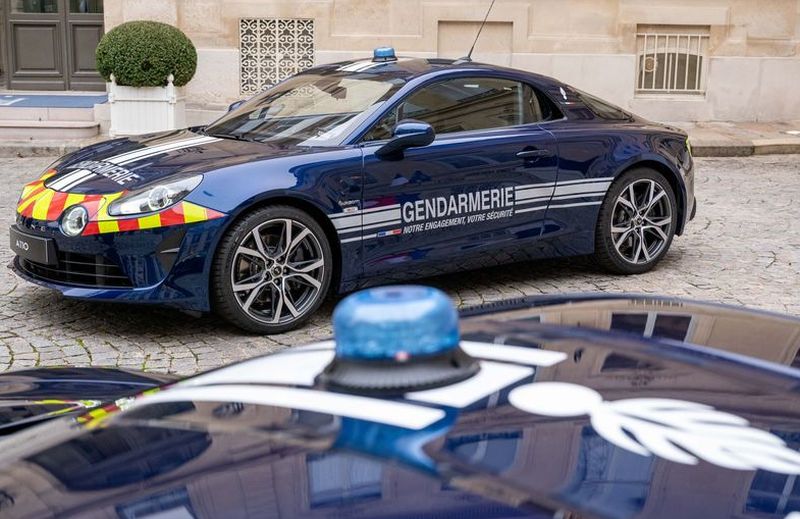 PARIS: French criminals will have to think twice about trying to outrun the cops, now that the police force is equipping itself with 26 high-speed Alpine 110 sports cars.

Manufacturer Renault announced the deal on Twitter and two of the cars with a top speed of 252kph have gone into service with the Gendarmie's rapid deployment unit, the Brigade Rapide d'Intervention.

The remaining cars will be delivered over the next four years, all finished in the Gendarmie's trademark blue, with striped red and yellow warning panels fore and aft along with sirens and radio equipment. Reports said the French cars were chosen to replace its ageing Mégane R.S. hatchbacks on motorway patrols and they follow in the tradition of the first French police Renault Alpines bought in 1966.

"These vehicles will allow the police to carry out interventions on the motorway, involving high-speed cars, as part of road safety or judicial police missions,” said a statement from the Ministry of the Interior.

It seems the combination of the Alpine's high power and low emissions clinched the deal. Police all over the world use performance-tuned cars for the high-speed pursuit of criminals, but the Alpine would be no match for the world's fastest police car, a thrilling Bugatti Veyron operated by the force in Dubai.

Police in Germany use the odd Porsche and BMW M2 to give chase while US police forces often rely on scary-looking SUVs to run down crooks.