MUNICH: Rumours are currently floating about in the interweb that BMW will be providing a new sound system option for its future front-wheel-driven (FWD) vehicles.

Sonos, a US-based audio speaker company, could have its sound system listed in the Bavarian carmaker's options list for FWD vehicles that utilise its U06 platform.

However, it has to be reiterated that nothing has been confirmed and all is currently purely hear-say.

But let's assume this to be true for an instance.

It would mean that the future iterations of the 1 and 2 Series Gran Coupe as well as the seven-seater 2 Series Active Tourer, would stand to benefit from a more experiential sound system for its occupants.

By providing an upgrade option for the sound system, it would also mean that BMW would be able to garner more fans for its FWD vehicles.

Thus, more fans would flock, leading to higher sales figures and an increase in production numbers.

This would have the brand's critics scoffing and criticising even more about the brand producing FWD vehicles to a point that they'd run out of saliva and experience dry throats.

Ultimately, it would incapacitate them, leading to a more quiet and peaceful environment where BMW is able to build products based on market demand that still holds true to their "Ultimate Driving Machine" tag line - ingeniously diabolical indeed.

Again, it's all hear-say and conjecture at this point in time. 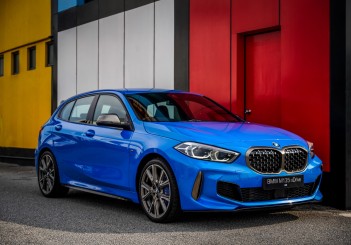 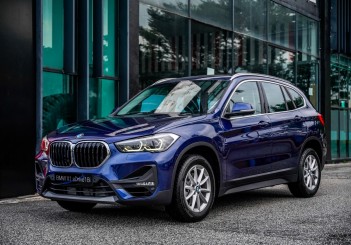 BMW 7 Series could use i7 moniker