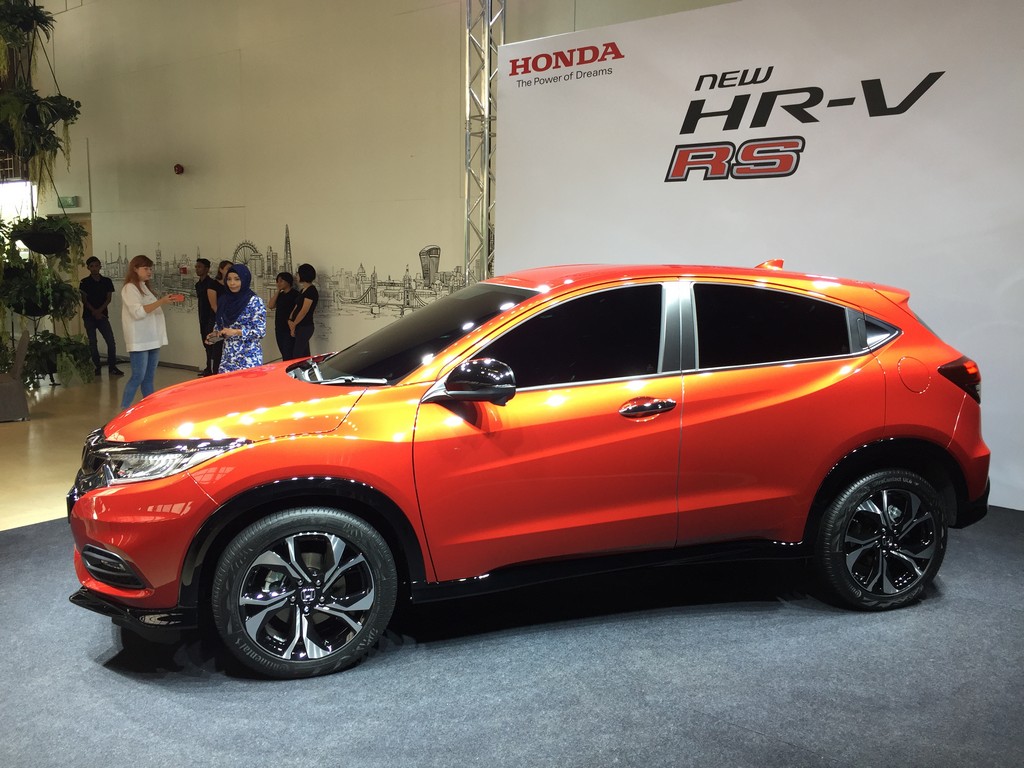 PETALING JAYA: The HR-V is over three years old and to boost buying momentum in an old model, Honda Malaysia today previewed a sportier variant - the HR-V RS.

The price would be announced at its official launch in the third quarter. Honda Malaysia is now accepting bookings of the new variant and each booking and registration by Oct 31 will be rewarded with a Petronas Gift Card preloaded with RM1,000.

The new variant was revealed to members of the local media in conjunction with Honda Malaysia's Hari Raya open house gathering in Kuala Lumpur earlier today. The interior of the car was, however, blacked out until its official launch. Buy the RS variant of the HR-V and you get Honda LaneWatch. The is the first time the safety feature is found in the HR-V.

There are cosmetic changes as well as equipment upgrades. The highlight is the addition of the Honda LaneWatch camera system mounted on the passenger side mirror, first seen in the flagship Accord. The passenger side view of the adjacent lanes next to the vehicle including blind spots will be displayed on a display system in the car. This allows a better viewpoint and provides safer driving condition for the driver.

Engine is the same as before. The HR-V is powered by a 1.8L SOHCi-VTEC engine combined with Honda's Earth Dreams Technology Continuous Variable Transmission (CVT). The setup produces 142 at 6,500rpm and 172Nm at 4,300rpm. At present, the HR-V is available in the S, E and V trims. In February, an HR-V Mugen limited edition based on the V-trim was introduced but it was limited to 1,020 units. "Due to the surge in bookings, waiting period for certain Honda models is between 3 to 4 months. Honda Malaysia is working hard to deliver the new vehicle to all the owners.”

The compact SUV, HR-V was first introduced in 2015 This Honda model retains its No. 1 position for three consecutive years in the compact SUV segment and has sold more than 72,000 units as at June. The HR-V is also Honda’s current second best-selling model, contributing 16% of overall sales as at June.