The brand, spun off in 2015, is an initiative of Hyundai Motor Group heir-apparent Euisun Chung aimed at revamping the image of the value-for-money automaker.

However, its sedan-only lineup has limited its reach in the United States — its biggest overseas market — where consumer preference has shifted to SUVs, and where Hyundai has been embroiled in disputes with dealerships. Chung is pushing to improve Hyundai’s profitability by adding more SUVs, including the Palisade and Venue that went on sale last year. The company last month committed US$17 billion in spending in the development of electric vehicles and technologies including autonomous driving.

The automaker plans to launch the GV80 SUV in North America in the first quarter of 2020. The company didn’t give pricing details. It expects the model to be part of a strengthened lineup that will also lead the brand’s expansion in China and Europe where it has yet to make inroads, William Lee, Global Head of Genesis, told a news conference.

“Genesis owners are some of the oldest in the US market. With a median age of 62, only Cadillac and Lincoln owners are older,” Ed Kim, vice president at California-based consultancy AutoPacific, told Reuters. The GV80 has a 14.5-inch split-screen display that sits on top of the dashboard. The driver’s seat has air cells that Hyundai says can help reduce fatigue from driving long hours, and the vehicle is also equipped with an air-purifying system.

The brand made progress rebuilding its US retail network in 2019 after flip-flopping on strategy for separate dealerships to those of Hyundai-branded vehicles which led to legal disputes with Hyundai dealers.

About 350 Hyundai dealerships in the United States have Genesis showrooms, with about a dozen in the “early stages” of developing plans for separate Genesis retail facilities, US-based Genesis spokesman Kevin Smith said in an e-mailed statement.

Over 70% of Genesis vehicles were sold in South Korea in January-November 2019, with the rest sold mainly in the United States. — Reuters/Bloomberg 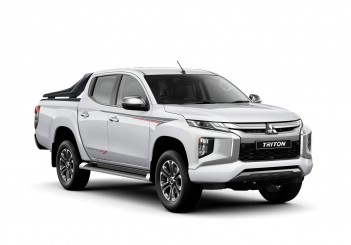