Imagine electric car concept from Kia can wirelessly charge itself GENEVA: Kia says its latest electric crossover study can be charged fully wirelessly, a feature that - for now - adds as much expense as it does convenience.

Wireless charging is gradually becoming a common feature on smartphones, but we're still waiting this convenient technology to hit the mainstream in electric cars.

However, the new Kia Imagine, on show at the March 7 to 17 Geneva Car Show, brings electric car drivers a step closer to the dream of being able to drive up to a charging point and stay put at the wheel while the car wirelessly fast charges itself.

Kia isn't the first company to implement this cable-free tech, and German rival BMW has previously showcased cars that can wirelessly charge in 3.5 hours.

The Kia concept also manages a generous interior by saving on the many technical components needed for a combustion engine. Kia has opted for rear suicide doors opening in the opposite direction to the front on this crossover concept, positioned somewhere between the compact and mid-size classes.

Inside there are four seats in leather and silk, as well a combined 21 screens on the dashboard, which likely won't make it into series production. 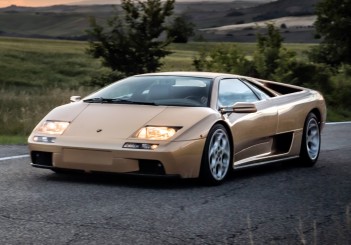