PETALING JAYA: An ambitious plan is in the making to build a complete network of highways in Borneo linking the most remote areas in Sarawak to Sabah and then on to Kalimantan, where the new Indonesian capital will be located.

Works Minister Baru Bian said that for the first time, the Federal Government had committed itself to the Trans-Borneo Highway, which would not only complete the loop of highways around Borneo but also bring socio-economic benefits and physical development to more than 100,000 people there.

Due to the proximity and the need to work with Indonesia to ensure a seamless highway crossing, he said he had met Indonesian president Joko Widodo over the matter last month.

Jokowi, he said, was receptive to the idea.

This is the first time there will be complete connectivity between Sabah, Sarawak, Brunei and Kalimantan.

Explaining the 4,000km Trans-Borneo Highway, Bian said: "Under the previous Pan Borneo Highway alignment, it meant going in and out of Brunei eight times, which means your passport is stamped eight times." 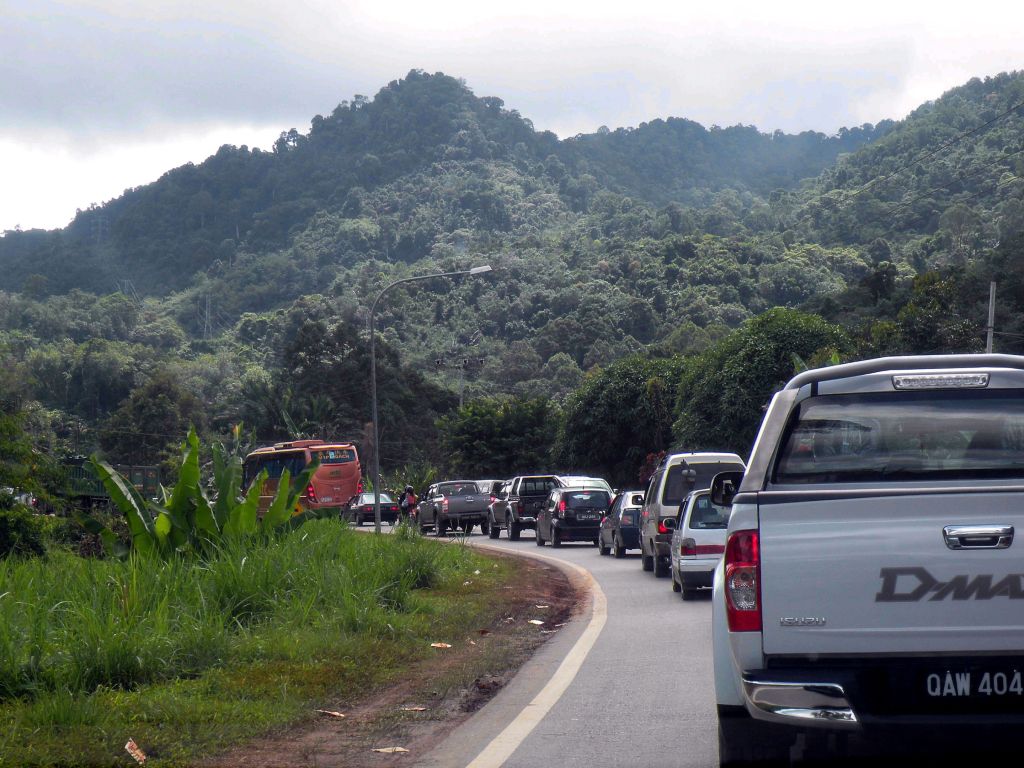 "Being a Sarawakian from the remote area, I proposed that the highways connect to the hinterlands of Sarawak along the border of Sabah and Kalimantan, connecting villages such as Ba' Kelalan, Bario, Long Semadoh, Long Luping, Long Sukang, and Lawas to Temburong and towns like Merapok and Sipitang in Sabah.

He said that under Budget 2020, RM600mil had been allocated for the much-needed 40km Jalan Kalabakan-Serudong and the construction of the Customs, Immigration, Quarantine and Security Complex, and government housing quarters.

Serudong is the last town in Sabah at the border before one crosses over to eastern Kalimantan in Indonesia.

The RM600mil was from the RM1.2bil cost reduction of the Pan Borneo Highway.

Bian said that Indonesia is also building highways on its side to connect to Serudong so that when its new capital moves to eastern Kalimantan, it will be well connected to Sabah and Sarawak.

The location of the new Indonesian capital in Kalimantan has yet to be announced although some had pointed to Palangka Raya in central Kalimantan.

Baru said the proposed Sarawak-Sabah Link Road (SSLR), with spur roads linking remote areas such as Ba' Kelalan, would bring much-needed infrastructure development to the people along the route.

"This (Ba' Kelalan) is the last frontier of Sarawak which is unconnected. For the last 60 years, the development was always focused on coastal roads but nothing in the hinterland.

"There is potential for huge development as agricultural lands are aplenty and among the most fertile lands in Sarawak with high-quality pineapples, coffee and vegetable produce.

"We would have to acquire the lands that we need to cut through and the land price will definitely go up."

He spoke of better access to schools and health facilities for the 100,000 Orang Ulu (natives).

"The potential for eco-tourism is also huge. The three highest peaks in Sarawak - Mount Mulu, Mount Murud and Batu Lawi - are located around this area. Then you have the world heritage Mulu National Park there also," said Baru.

He said that the cost of the highways from Long Lama with the spur roads and on to Lawas would cost RM5.2bil.

"Now, it is in the first stage which costs RM2bil - which is from Lawas to Pa' Berunut - about 90km," said Baru.

He said that only the first stage of the SSLR had been passed in Budget 2019.

Baru said that the funds would be requested from the Federal Government over a period of six years but if a proposal to build the roads through private finance initiative, deferred payments and annuity models is accepted by the Cabinet, then the project could be sped up.

"At the moment, it takes us five hours by timber road to the nearest hospital. With a good highway, this may take three hours. For the 2,012 villagers, we have been hearing for a long time that there will be road coming to us. I only hope it will be during my lifetime," Sigar said.