Home / News / Ingolstadt, a city steeped in tradition and innovation

Ingolstadt, a city steeped in tradition and innovation Ingolstadt is a quaint historic city about an hour’s drive to the north of Munich in Bavaria, Germany and through which flows the Danube River.

Rich in European history, it was once a fortress city with a medieval defensive wall, parts of which would comprise highlights of a modern-day city tour.

Fans of Frankenstein would probably know that Mary Shelley based her engaging novel at the Old Anatomy Building of an old university, which is today a museum for medical history. In the automotive world, Ingolstadt is wh ere Audi has its roots; more than 40,000 of its 138,000 population work at the Audi Forum, a central complex that houses a car factory, the headquarters, the Audi museum and a car delivery centre.

Furthermore, some 20,000 of the Ingolstadt citizens work for the companies that supply items and components to Audi for the production of its cars.

Understandably, Audi is as much a part of Ingolstadt as the well preserved old buildings that represent its heritage and the city proudly promotes that with Audi memorabilia at the souvenir shop.

Never mind the fact that Audi started car production in this city only after World War II by acquiring an existing facility belonging to NSU. 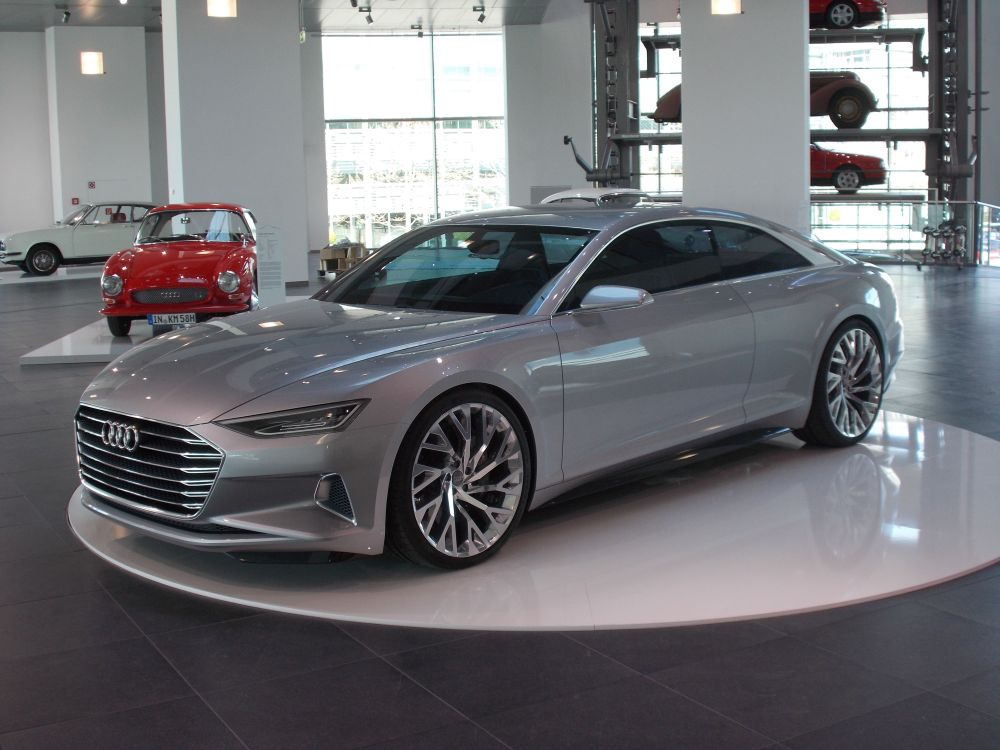 A third of Audi buyers in Bavaria pick up their vehicles from the car delivery centre in Audi Forum and this is reflected in the wide selection of new Audi models parked in the collection area.

To engage these proud owners further, Audi would arrange for these loyal customers to visit the Audi museum or the car factory.

We had the benefit of visiting both, albeit on different days due to the tight schedule that Audi had, especially for the factory visit, which appears to be a firm favourite among its customers.

During our visit to the factory that has its share of robots, especially in the painting and welding sections, we learnt that an Audi A3 (which was assembled then) came off the line every 30 seconds and it took 32 hours from the time its panels were stamped to the car rolling off the line ready to be delivered.

Audi’s immediate history may stem from Auto Union but as the name suggests it goes much further back as the then ‘union’ comprises four brands in DKW, Wanderer, Audi and Horch; this number explains its interlinked four-ring logo. A 1914 Wanderer motorcycle with 2hp at Audi Museum.

It first moved to Ingolstadt in 1945 because its original factories in Chemnitz, which was then in Soviet-controlled East Germany, were destroyed during the war.

A visit to the Audi museum shows up the colourful history of the four separate entities before they merged to become one; in fact, there were more than 60 car makers way back then but only few survived to this day.

To sum up the company’s rather complex beginnings, it all began with August Horch, a mechanical engineer, who started Horch & Co in Cologne in 1899; his first automotive products carried the Horch name.

Following a disagreement with the supervisory board (the company was now a share issuing entity called A. Horch Motorwagenwerke AG), Horch started another company again using his name in 1909 but changed it to Audi the following year to avoid conflicts. The choice of name was easily explained; Horch in German means to listen and to retain his name in another language, he chose Audi, which in Latin carried the same meaning.

August Horch was an ambitious man with pioneering ideas; he was credited with introducing cast light alloy for engines and transmissions and overhead inlet valves for engine timing way back then.
His automotive achievements were duly recognised as he was accepted into the Automotive Hall of Fame in Detroit in 2000.

Horch’s ambition was to make Audi the top brand in the early days and he used the Number One numeral on his cars; his products were considered luxury cars with special bodywork. After the war, Auto Union was subsequently acquired by Daimler-Benz in 1958 and it wasn’t until the mid-1960s that Volkswagen came into the picture, initially by securing a 50% stake in the company before gaining complete control in 1966.

VW took that opportunity to use the Ingolstadt factory to assemble an additional 60,000 Beetles a year to cater to the strong demand at the time.

In 1969, Auto Union was merged with NSU, which was once the world’s largest manufacturer of motorcycles that subsequently ventured into making cars, and the company was renamed Audi NSU Auto Union AG.

It wasn’t until 1985, when the Auto Union and NSU brands lost significant market share and were discontinued that the name was shortened to Audi AG. A visit to the Audi museum also offers a glimpse into the future as a concept car that is expected to form the base of the next generation models is put on display.

Today, Audi’s growing pool of customers for its wide range of vehicles is keeping the car maker busy by engaging them through many channels.

The Audi Driving Experience Centre, about 15km from Ingolstadt, is one of them; it organises drive events, come rain or shine, to allow customers to be better acquainted with their respective Audi models. It is also involved in German soccer, Bayern Munich in particular, where its presence in the stadium is clear not only in the electronic advertising around the football pitch but also with cars at the point where the players walk onto the field and in the souvenir shop.

August Horch would no doubt be proud that Audi is heading very much in the direction he had envisioned it; to be among the leading automotive brands in Germany and globally.