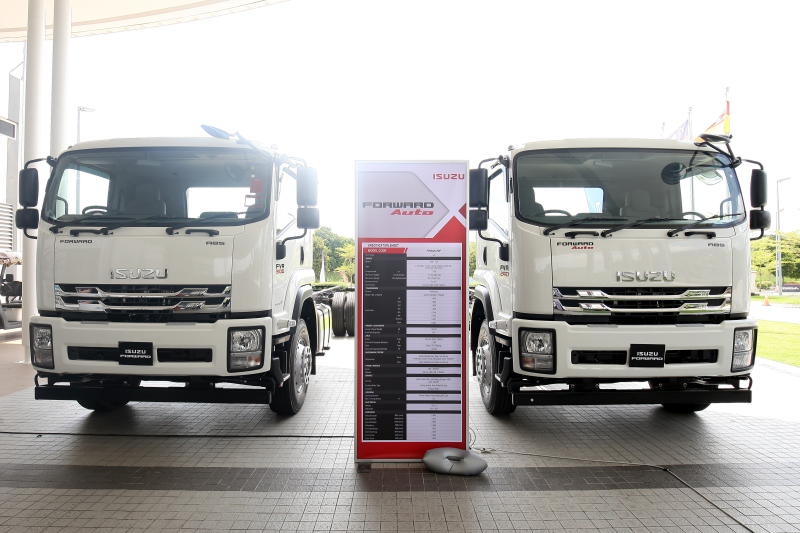 The new 2019 range of Isuzu trucks will be available at all 43 authorised Isuzu truck outlets nationwide from third quarter of 2019.

The Isuzu Forward range, a favourite among long-haulers for its exemplary low-running cost, impressive manoeuvrability and highly-accommodating cabin will be further improved for 2019 with a beefier chassis and higher performance.

The FVR34 model will now come with a GVW of 19 tons, up from the current 18-tonne capacity.

This upgraded payload capacity not only allows owners to maximize each load thereby reducing their transportation costs; the manoeuvrability of the Forward range makes it very ideal for intra-city hauling, eliminating the need to break bulk for urban pick-up and deliveries.

The front axle capacity too has been significantly increased to 7,500kg - contributing to its superior carrying capacity. As complement to the increased payload, the nimble and flexible 6HK1-TC powerplant has now been tweaked to develop a very respectable 300PS of power with 986Nm of torque for the FVR300 model, giving it superior performance, particularly over hilly terrain.

To capitalize on the improved performance of the FVR300 model, the range will now be paired to a new Eaton transmission. 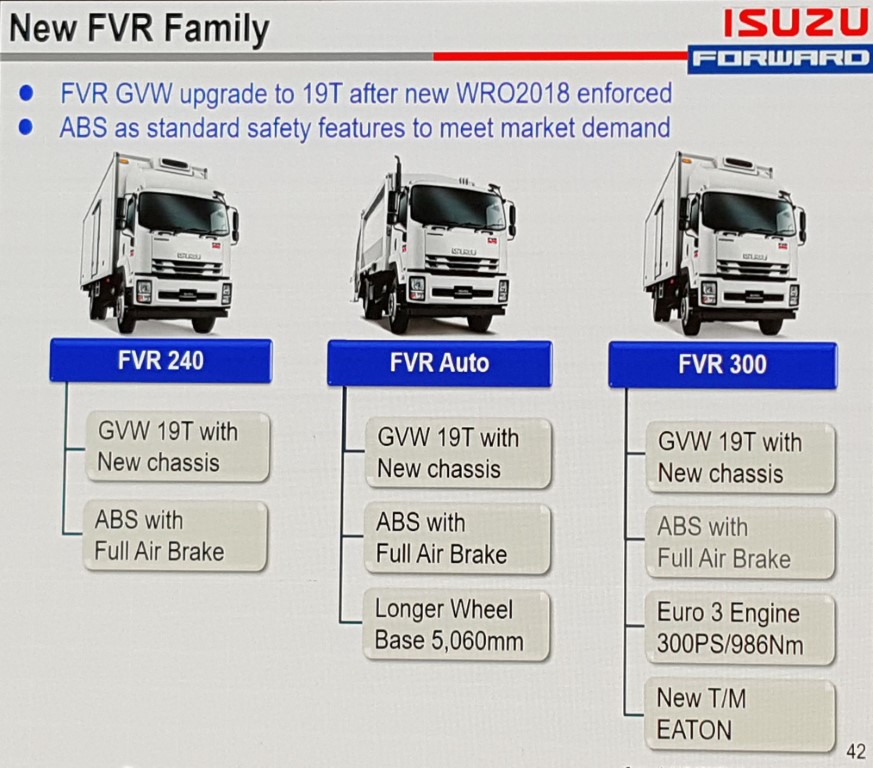 Isuzu Malaysia has chosen to retain the ever-popular FVR240 model in the line-up for those who require the large cargo capacity but haul less weighty bulk such as foodstuff or furniture or perform duties as council vehicles.

Further upgrades to the Forward line-up include a larger capacity alternator that is able to better meet the power demands of high-amperage equipment.

"With the wider selection of variants available, truck operators will be able to select the most appropriate Isuzu vehicle for their operations rather than to buy a truck that is not perfectly configured to their transportation needs," said Koji Nakamura, CEO of Isuzu Malaysia at the media launch. 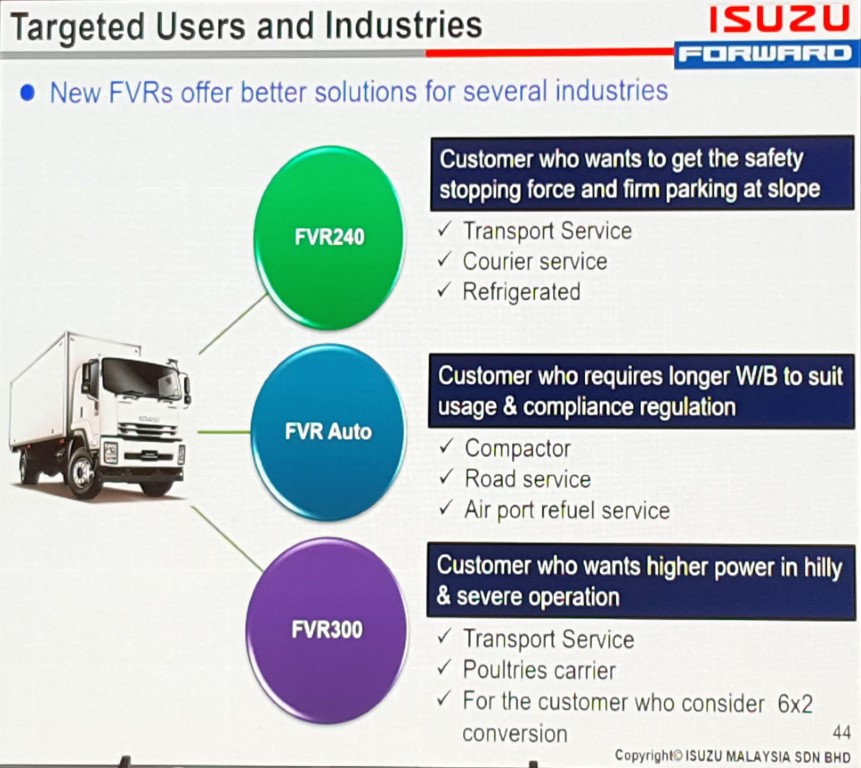