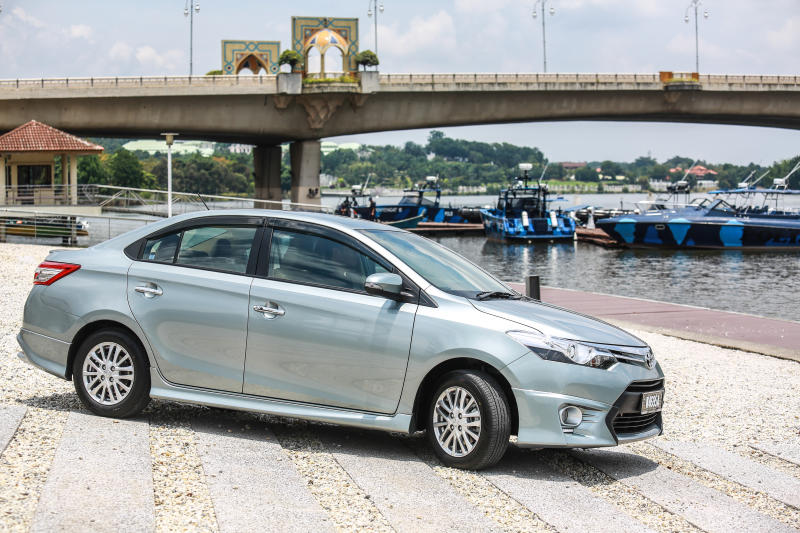 The company has devised five options that focus on affordability and ease of ownership that will run till the end of May.

The first option is a straighforward low interest rate of 0.88% on loans taken from selected financial institutions for the B-segment car. 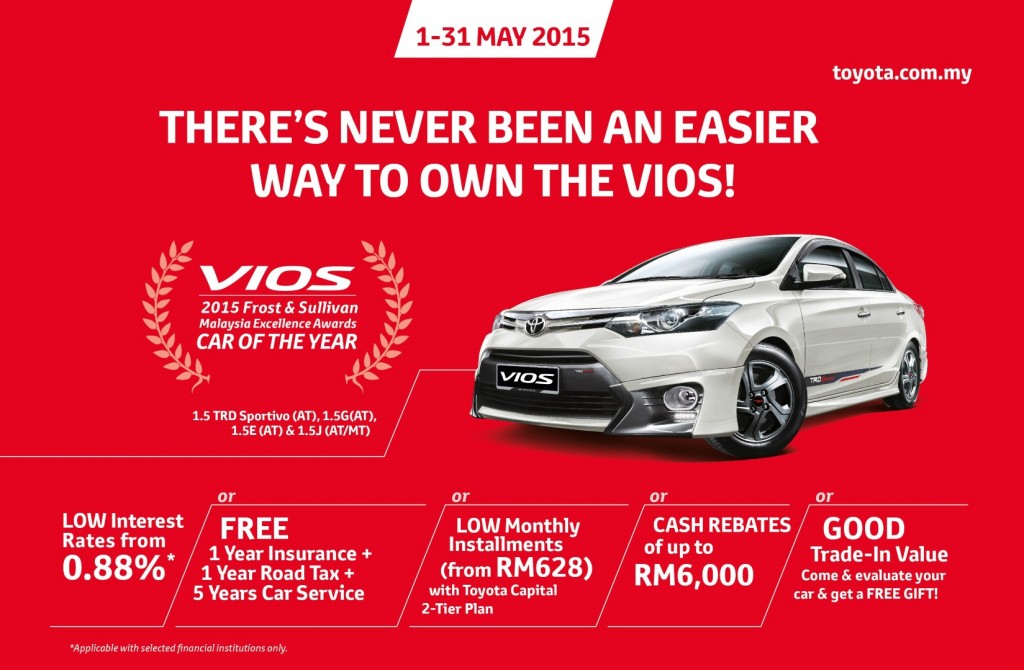 The second option offers free insurance coverage and road tax for a year as well as free maintenance for five years.

The fourth choice provides new customers with cash rebates of up to RM6,000, while the fifth way allows those looking to trade in their vehicle for the new Vios, where used car dealer Topmark will perform the evaluation and even include a free gift.

Other than the Vios promotion, UMW Toyota Motor is also offering deals on the Hilux, Altis, Avanza and the Alphard at all showrooms nationwide.

The Vios was recently awarded the Car of the Year title at the 2015 Frost and Sullivan Malaysia Excellence Awards. 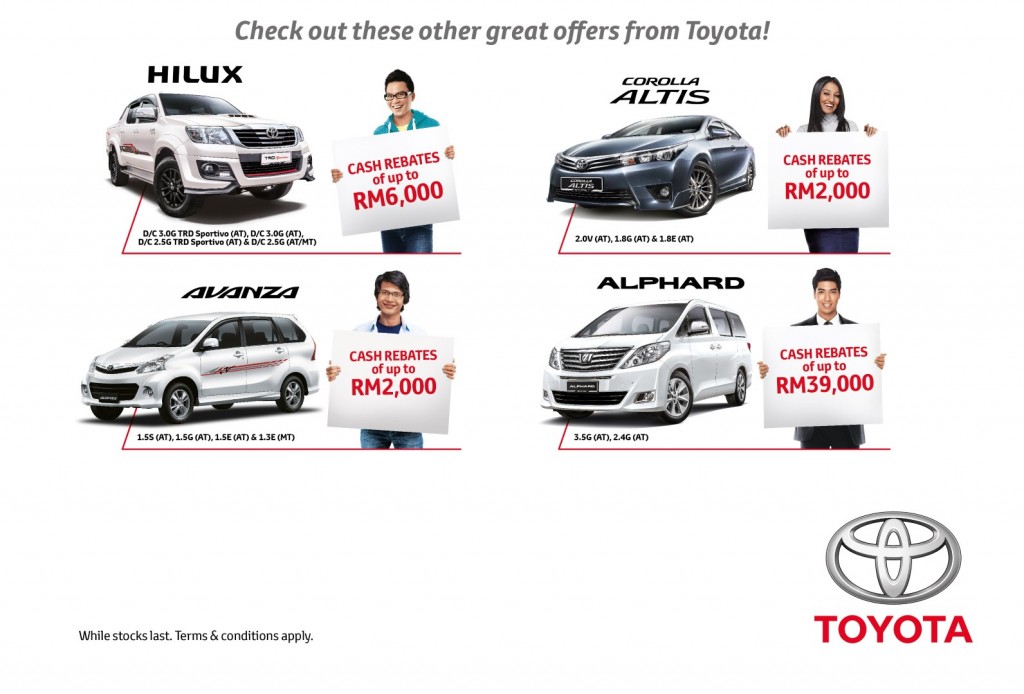 From May 16 till 17 and 23 till 24, Toyota Showrooms across the country will be holding a satay party for all its patrons – lady visitors will receive some flowers, while activities have been lined-up for children and other family members too.

Test-drive a Toyota this month to become one of 100 lucky winners to walk away with an iPad mini, which will be drawn every 2 weeks.

There is also a Buy and Win contest for buyers of any Toyota models from now till the end of June. 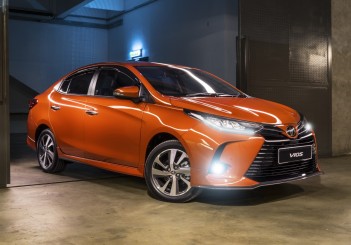 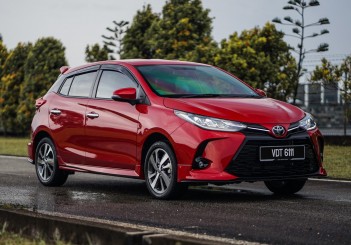