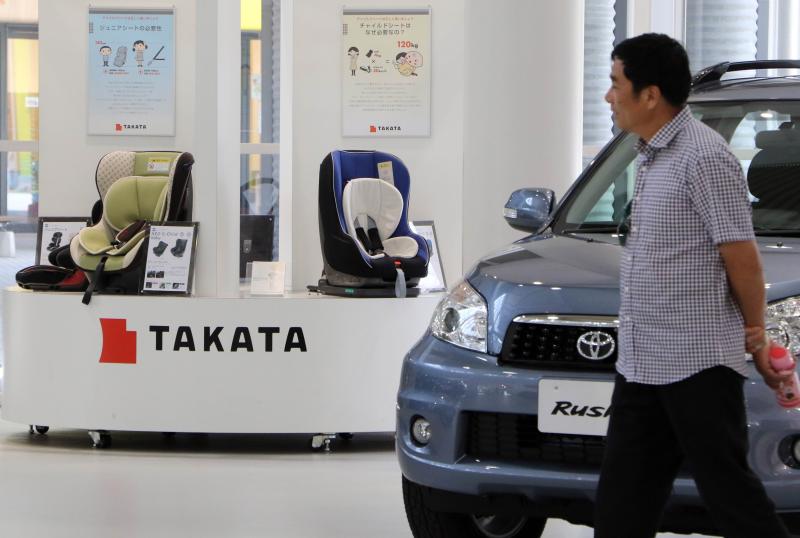 TOKYO: Japan's three biggest carmakers are expanding a huge global recall triggered by potentially fatal air bags made by Takata Corp, saying today they will take back millions of vehicles worldwide for investigation.

Toyota Motor Corp and Nissan Motor Co  said they are recalling some 6.5 million vehicles globally, while Honda Motor Co Ltd said it would follow suit, without giving details. A US Honda spokesman added, however, that any potential action would not affect cars that were sold in the United States.

Wednesday's announcements raise to roughly 31 million the number of vehicles recalled worldwide since 2008 over Takata air bag inflators, which can erupt with too much force, spraying shrapnel inside the car.

The Takata-linked recalls top the largest US recall of 21 million vehicles by Ford Motor Co in the 1980s for a parking gear problem, according to US safety regulators and safety advocates. General Motors recalled about 30 million vehicles last year, but those were for a range of defects, including faulty ignition switches.

US National Highway Traffic Safety Administration spokesman Gordon Trowbridge said Toyota and Nissan as well as Japanese government officials have been in contact with the US safety agency over the last few days, and NHTSA will soon announce "significant new steps" related to accelerating Takata recalls.

"While precise root cause remains undetermined, the clear association with high humidity has suggested that moisture and time are factors in this defect," Trowbridge said.

Asked about the latest recalls, a Takata spokesman said a probe into the causes for the air bag defects was ongoing and that the company continued to cooperate with the automakers.

Six deaths have been linked to the defective Takata airbags, all on cars made by Honda, which announced disappointing profit forecasts last month citing high quality-related costs.

Toyota and Nissan said their recalls were precautionary and that no accidents or injuries had been reported.

They did not give further details about the suspected defects, but in documents submitted to Japan's transport ministry, the automakers said they had identified problems with inflators that were not sufficiently sealed and that were at risk of allowing in moisture during extended use.

Toyota, Japan's biggest automaker, said it would recall just under 5 million Corolla, Vitz and other models, mostly in Japan and Europe.

Many of the models were built between March 2003 and November 2007, and include 1.36 million to be recalled in Japan.

Nissan said it was recalling about 1.56 million cars globally over the same problem. The automaker said nine models in Japan were affected, including the X-Trail SUV, Fuga sedan and Isuzu Como van. It did not immediately provide details on models affected in other markets.

Takata faces multiple class action lawsuits in the United States and Canada as well as a US criminal investigation and a regulatory probe.

The company said last week it expects to return to profit in the business year started in April even though it has made few provisions for costs related to the massive global recall.