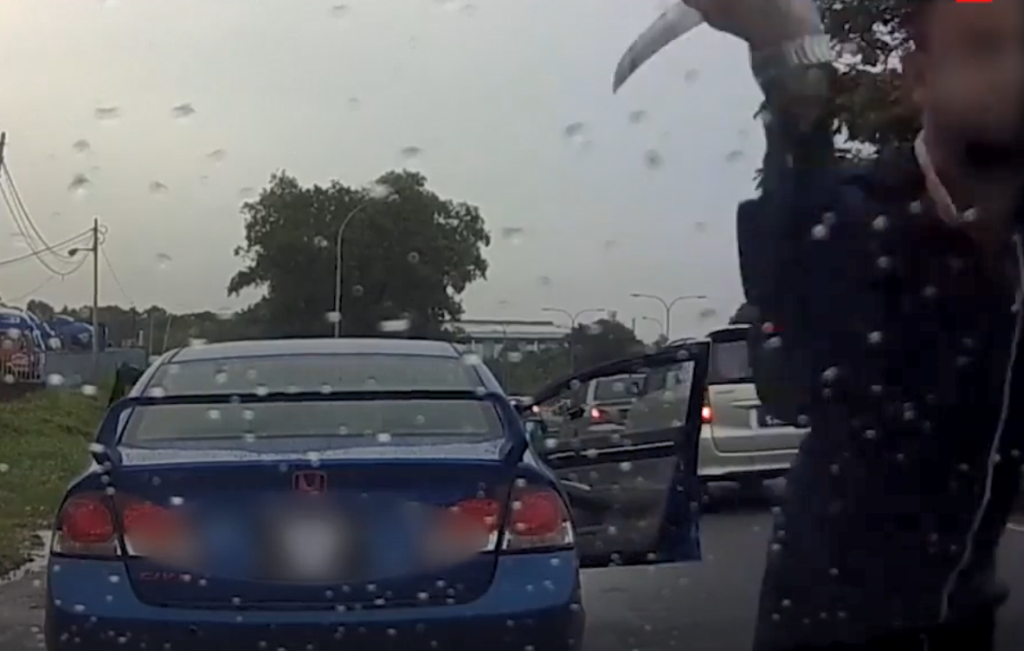 UPDATE:  The police said they have arrested on June 4 the suspect who was caught on video threatening the driver of a car with a parang in a road rage incident here. The 31-year-old man is also a suspect in several robbery cases reported around the Johor Baru South district.

JOHOR BARU: Johor police have called on the suspect involved in a road rage incident in Johor Baru on Monday involving a parang and a blue car to turn himself in.

In the video, the man is seen coming out of his blue Honda Civic with a parang and using it to hack at the windscreen of another car.

It is learnt that the incident took place near Pasir Gudang at about 5.53pm on Monday.

“I also urge those who witnessed the incident to come forward and assist in investigations on the matter,” he said when met at a market in Larkin Sentral here today.

He added that the police had received a report lodged by the victim of the road rage incident here.