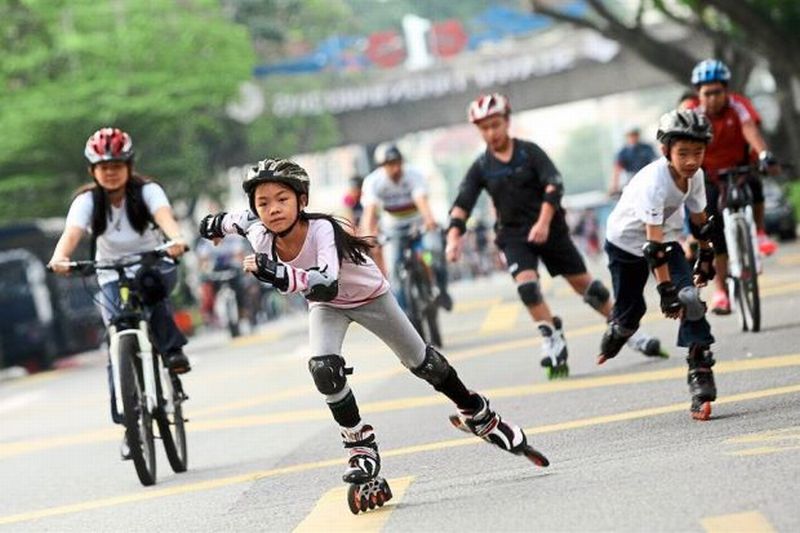 “Due to popular demand, DBKL has decided to host the event every first and third Sunday of each month. Hopefully, this will attract more participants and create greater awareness on reducing carbon emissions,” he said after flagging off participants at the 13th KLCFM at Dataran DBKL on yesterday. 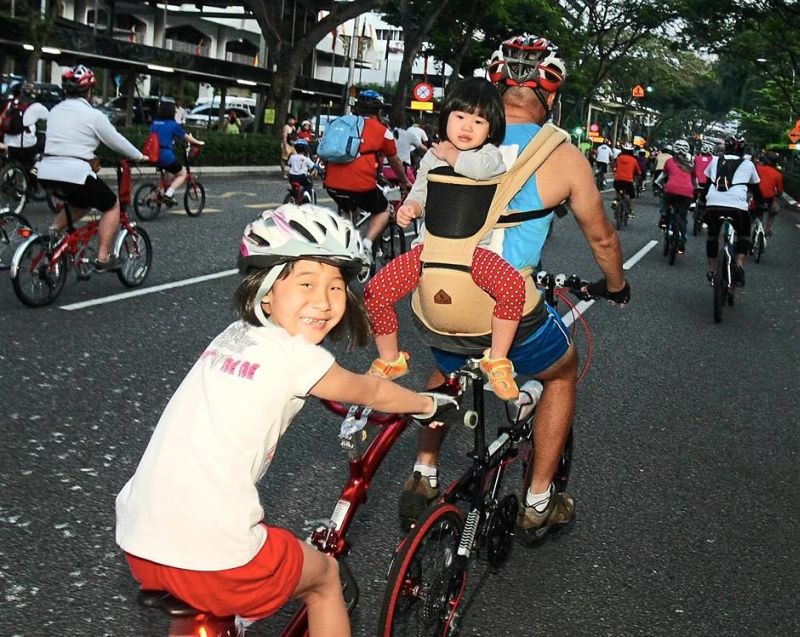 A family having fun on a tandem bicycle during the event.

“This year’s theme is Wilayahku Ceria which is part of the ministry’s aspiration to turn the federal territories of Kuala Lumpur, Putrajaya and Labuan into vibrant cities with clean and beautiful environment, conducive and safe housing facilities and systematic transportation systems.

“We also hope to evoke a sense of belonging among city residents,” he said.

He added that this year’s FT Day celebrations would not be celebrated lavishly as a mark of respect to the flood victims in the East coast.

Some of the activities planned include Kenduri 1Wilayah Persekutuan, cleanliness campaigns and fun runs.