The "urban warrior" D-Max is re-inforced with steel bumpers, street-styled alloy wheels and a roll bar for the tough apperance.

Its red body colour with army electric blue geometrics heightens the appeal while the interior gets a "blue metal armour" design which resembles a suit of a soldier. The mu-X, meanwhile, has returned from the recent Borneo Safari, is fully off-road capable with winch, roof tray, mud tyres and steel bumpers.

Its body has been raised by three inches for better ground clearance as well as improved angle of approach and departure on difficult terrain. While being 60kg or 20% lighter than the larger 2.5-litre Ddi VGS, BluePower is 10% more powerful and has 9.4% more torque, resulting in 8.2% faster acceleration and 19% improvement in fuel economy.

The engine has been installed in D-Max and mu-X models in Thailand although there is no indication of its introduction in Malaysia. 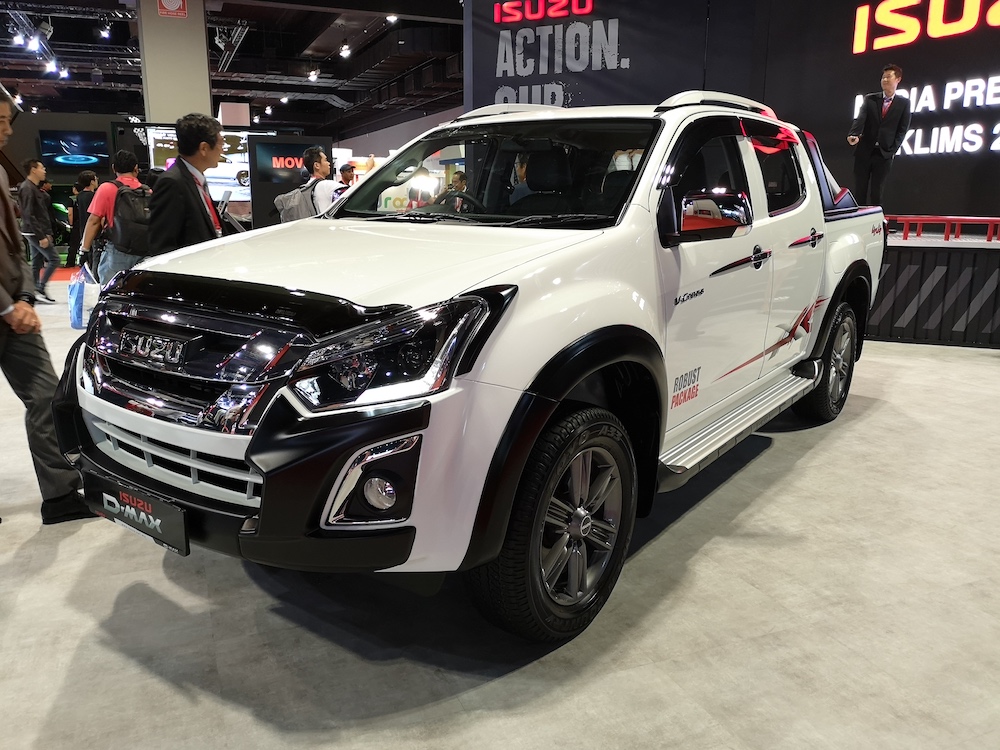 Retailing at RM1,180 for both packages, owners can further accessorise their vehicles with front bumper guard at RM1,390 and over fender at RM1,090.