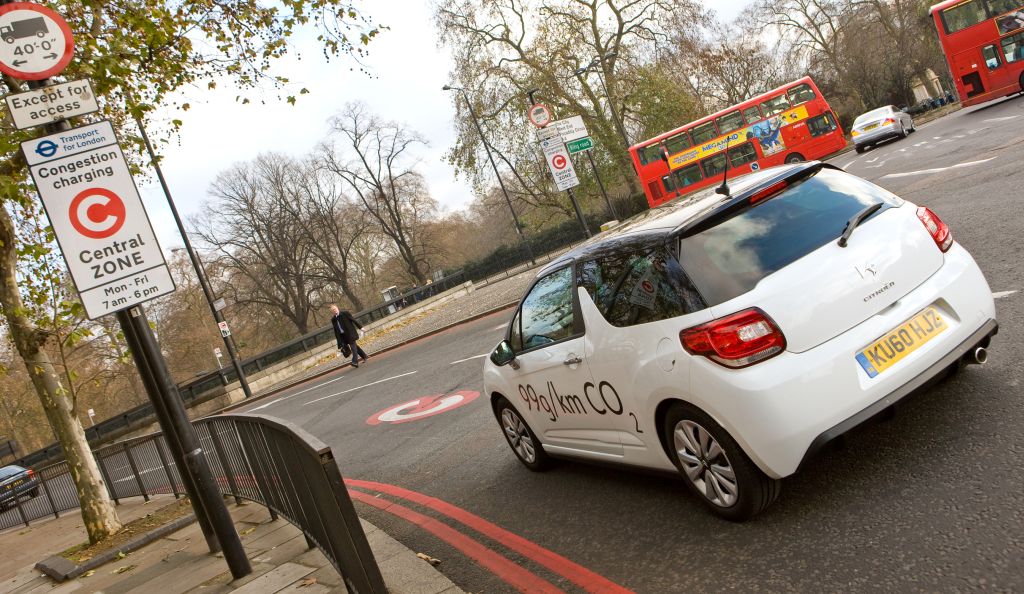 LONDON: Motorists in London may one day pay a new fee for all car journeys in the city.

When it was introduced in 2003, London’s congestion charge made history: The UK capital was the first major city after Singapore to introduce road pricing for vehicles entering the urban core.

Despite political pushback and predictions of dire economic consequences, the charge succeeded in tamping down London traffic, proving that vehicle fees could be an effective means of reducing congestion and pollution — and providing a model that other major cities still seek to emulate.

Eighteen years on, however, many are arguing that the charge in its current form is obsolete.

London’s mayor Sadiq Khan recently announced that the city is exploring scrapping the charge for motor vehicles driving in Central London, replacing it instead with a fee for all car journeys across the entire city.

Although the exact form that the congestion charge’s replacement will take has yet to be decided, it seems very likely that its days in its current form are numbered.

For many experts, the change is already overdue.

Some more comprehensive form of traffic control is badly needed if London is to have any chance of meeting the mayor’s goal of reaching net zero carbon emissions by 2030.

The city’s own research estimates that a 27% drop in kilometres driven will be needed to reach this goal. So far, measures introduced in addition to the congestion charge — notably the Ultra Low Emission Zone (ULEZ) that charges more heavily polluting vehicles an additional 12.50 pound (about $17) daily fee to drive across an area that is larger than the congestion charge zone — have failed to curb pollution levels.

What’s more, the city is facing an urgent funding catastrophe related to the pandemic.

Because passenger numbers have still not recovered from almost two years of Covid-driven lockdowns and remote work habits, Transport for London (TfL), the city’s transit body, is running out of money, with its current bailout provisions ending Feb 4.

Stiffer limits on driving across all of London could help incentivise Londoners to get back on buses and trains, thereby easing the funding crisis.

An old tool for new problems

The push for an alternative doesn’t mean that the congestion charge was a failure: in the charge’s first 12 months, traffic on Central London’s streets during charging hours dropped 18%, and traffic delays fell by 30%; after some initial resistance, the charge gained the approval of most area businesses.

The problem is that conditions have changed since the early 2000s.

Private vehicle numbers may have fallen in Central London, but they have been replaced by a growth in private hire cabs and delivery vans, powered by the rise of ride-hailing apps and online shopping.

By 2016, Central London congestion had risen again to levels worse than before the charge’s introduction.

The zone’s geographical scope has also proved too narrow to power a dramatic shift away from cars — though again, it has had some successes.

That’s a positive step, but it masks the fact that the overall number of journeys in private vehicles held steady between 2011 and 2019, at around 10 million journeys daily.

Instead, that change reflects an increase in the number of journeys on foot, bike or public transit as London’s population has grown.

That’s a good thing: London is not paying for population growth with more cars on the road. It nonetheless means that the number of vehicle producing heavy carbon emissions and other pollution has remained stubbornly stable.

Getting more people to give up regular driving could also help to ease another looming crisis: how to maintain good public transit service in an era where ridership revenues may only slowly recover from their Covid-era slump.

Not all of these journeys have transferred to private vehicles — walking and cycling trips have risen as well as ones by car — but it has left a hole in TfL’s finances.

The agency was already hit by the delayed opening of Crossrail, a new crosstown heavy rail service set to begin in June 2022 after three years of delay.

In November, mayor Khan warned that substantial subway and bus service cuts would be necessary without an infusion of new funding; the state stepped in to keep the network afloat, contributing 4 billion pounds ($5.4 billion) in extra subsidies as of December 2021.

This situation is hardly unique to London — transit agencies in Paris and Berlin also needed government bailouts after ridership falls.

The slump might nonetheless bite deeper in London due to the network’s lower subsidies — it gains 47% of its funding from ticket sales compared to 38% for Ile-de-France Mobilités, the Paris region’s public transit system.

What might help, however, are new measures that discourage driving, urging people back onto public transit and helping to narrow the funding gap.

The road to a 'journey charge'

A citywide “journey charge” that levies a fee on motorists according to how much they drive could be a powerful lever for prying drivers out of their vehicles.

But the route to introducing such a charge in London is still undefined beyond an aspiration to do so between 2025 and 2030.

As a Jan 18 report from the city clarifies, it would take time to put in place the technology necessary to run such a pay-as-you-drive pricing scheme.

In the interim, therefore, the city may adopt other anti-congestion and pollution measures, such as extending the current Ultra Low Emissions Zone out to the city’s borders, so heavily polluting vehicles would have to pay to drive anywhere within the city.

Another option would be extending the scope of the ULEZ by requiring all but the lowest-emissions vehicles to pay this charge.

Drivers across the capital might be charged a low blanket daily fee for any driving — presumably with exceptions for people with disabilities and on low incomes. Another option: charge all non-London registered vehicles a fee to enter the city.

Exactly how the public will receive these plans remains to be seen.

A major shift towards road pricing might spark resentment, and the city could run into trouble if it failed to provide sufficient aid to help drivers on lower incomes to upgrade to clean vehicles.

When the ULEZ was first expanded beyond London’s centre in 2021, the 56 million pounds allocated by the city for grants to help people buy a cleaner vehicle ran out before all demand was met.

In the absence of concrete plans, the response to the suggestions from the mayor has so far been muted — possibly because the most contentious car-related issue in the city seems less to be how much driving costs as where driving is allowed.

The city’s Low Traffic Neighbourhoods — areas where car access is heavily restricted — remain widely disliked by drivers for their inconvenience and by some residents for displacing cars onto arterial roads.

Support for road pricing, by contrast seems to be growing, with a national study from October 2021 finding a plurality in favour of the measure if it replaced current road and fuel taxes, widely seen as unfair.

Meanwhile, as London prepares to replace its congestion charge, New York City is poised to belatedly introduce its own.

The message from the UK, however, is not necessarily that the policy doesn’t work.

It’s more that it’s just one tool in ongoing drive to reduce traffic and pollution — a tool that can ultimately outlive its usefulness.