LONDON: BMW's well-established tuning house, Alpina, is eager to showcase it latest twin-turbo B4 S Bi-turbo at the upcoming London Motor Show from May 4 to 7.

Now, under its hood, lies an extensively re-engineered version of BMW’s 3.0-litre inline-six engine that has a specially cast, reinforced crankcase - allowing it to red-line at 7,000rpm. 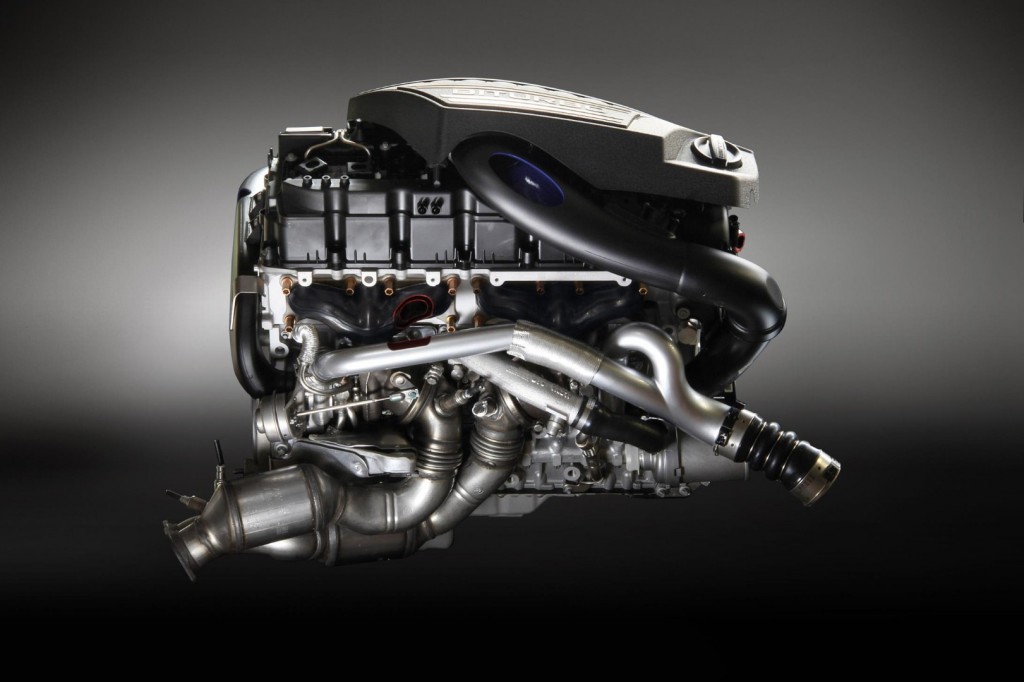 A new, bespoke twin-turbo system now provides for a higher capacity with a further evolution of the free-flow induction system to allow shorter response times to throttle demand.

It also receives higher spring and damper rates as well as subtle enhancements to the aerodynamics including a revised front spoiler and rear apron.

The cooling system has been further uprated to ensure consistent performance and long-term durability with the additional Alpiuna water radiator and external oil cooler now 15% and 35% larger respectively over the B4 Bi-Turbo's. The gearbox is an 8-speed automatic from ZF (naturally), with 20% of the components optimised specifically to Alpina's requirements and is now being touted to be a smooth operator even when in Sport mode.

A limited slip differential ha found its way inside to remain as standard on UK-specification cars, for a very progressive lock up to 40%. Also, high-strength drive shafts are used to accommodate the engine's increase in torque.

Stopping power comes from Alpina's distinctive front four-pot blue callipers, and the exhaust from Akrapovic has four elliptical outlets that has a sports setting that can be manually or automatically selected. Each Alpina, regardless of model, gets luxury carpet overmats, seatbacks, door treads and a front "ALPINA" spoiler.

The wheels are the famous 20-inch Alpina Classic design paired with bespoke tyres, while the instruments are in Alpina Blue and the sports steering wheel wrapped with hand-stitched Lavalina leather and a plaque bearing the model and build number is displayed on the centre console.

In addition to being available with all BMW options including those from BMW Individual.

Alongside the famous Alpina Blue and Alpina Green signature paintwork, choices include hand-stitched full leather interiors and a wide range of hand-finished woods for the dashboard and doors.

This also includes the iconic Alpina Deco Set consisting of front and side stripes with its logo.

The equivalent B3 S Saloon and Touring will join the B4 S Bi-Turbo Coupé and Convertible around mid-year. Four Wheel Drive versions of each model are available in left-hand drive markets and can be serviced at any BMW GB service centre.