Home / News / Look, up in the sky - it's a flying Cadillac! GM unveils futuristic vehicle

Look, up in the sky - it's a flying Cadillac! GM unveils futuristic vehicle 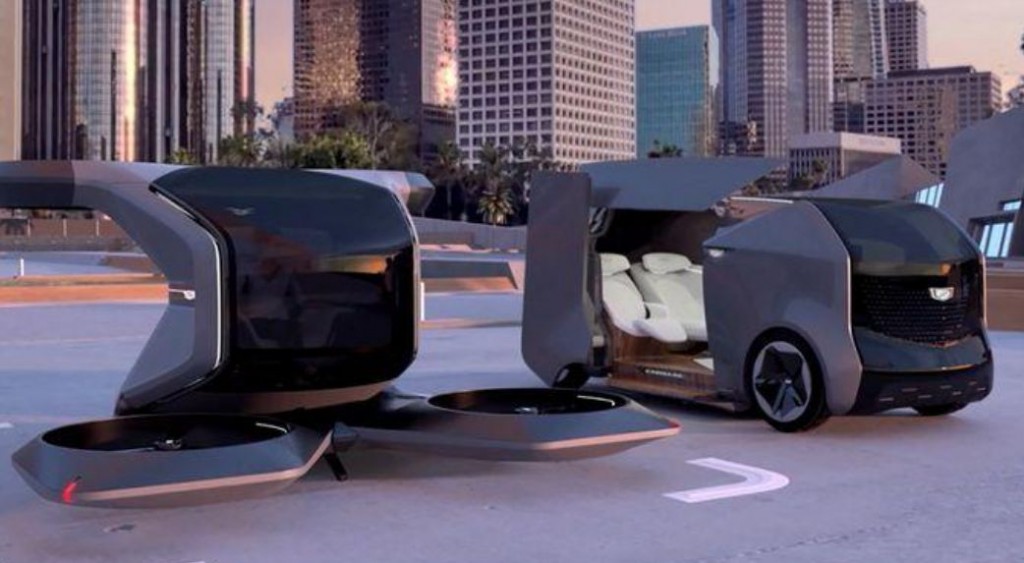 DETROIT: General Motors Co on Tuesday presented a futuristic flying Cadillac - a self-driving vehicle which takes off and lands vertically and carries the passenger above the streets and through the air.

A senior GM executive described the concept as “reimagining the future of personal transportation”.

The single-passenger Cadillac - technically, a vertical take-off and landing (VTOL) drone - will be able to travel from urban rooftop to urban rooftop at speeds up to 88kph.

It is fully autonomous and all-electric, with a 90kW motor, a GM Ultium battery pack and an ultra-lightweight body with four pairs of rotors.

The flying Cadillac was presented in a video as part of a virtual keynote presentation by chief executive Mary Barra, along with a family-friendly Cadillac electric shuttle.

The concepts in the CES video were introduced by GM design chief Mike Simcoe, who described the VTOL as “the Cadillac of urban air mobility”.

“VTOL is key to GM’s vision for a multimodal future,” he said.

The autonomous Cadillac shuttle, described in the video as “arriving soon,” features a boxy silhouette that recalls the Cruise Origin, also designed by Simcoe’s team. It features fore and aft sliding doors and a panoramic glass roof.

Other automakers, including Toyota Motor, Hyundai Motor and Geely Automobile, have previously have shown concept aerial vehicles as part of their future planning.