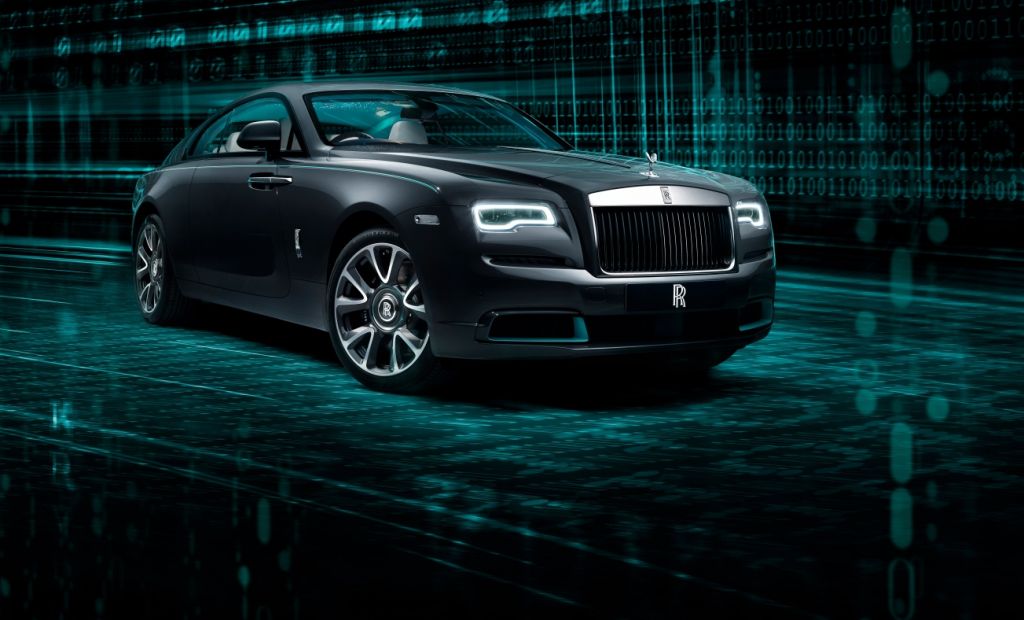 NEW YORK: Rolls-Royce knows that for some clients, the US$330,000 Wraith—in all its 12-cylinder, 3,800-pound art deco glory—is not enough. The model is six years old, after all, and usually cruises rather reservedly down the street in a shade of navy or noir.

On the other hand, the Kryptos edition of the Wraith, which was released in July, comes with computer-generated ciphers stitched into the buttery leather door panels. Fibre-optic bulbs that have been woven into the ceiling depict an in-motion data stream.

The quirky name is a reference to cryptography, the art of using codes. And details such as glowing fluorescent light threads and flecks of green paint are clues to a hidden message for owners to solve.

This version will cost US$450,000; only 50 will be made. It’s the latest in a fresh spate of cars that high-end automakers are producing with unique colorways (and gimmicks) in limited quantities, and at price premiums tens and hundreds of thousands of dollars above standard.

And as with the sneaker retail and resale markets, where a 14-year-old can build an empire with bots, the game is often rigged.

Special editions of cars sell out quickly to hand-­selected friends of the brand who’ve proven their devotion with their purchasing power. Even so, just like the exclusive sneaker drop, the limited-edition release serves a dual purpose: It generates big hype for the brand—and big money.

These are volatile days for the makers of high-end autos and supercars, most of which deliver fewer than 10,000 models worldwide each year. (Ferrari sold 10,131 in 2019.) Although some brands have tentatively optimistic outlooks for 2020 and beyond—Bugatti still has plenty of orders in the pipeline—­others face the threat of obsolescence, even extinction.

On May 13, Aston Martin said it would need more cash to fulfill a crucial restructuring plan, even after Ernesto Bertarelli, whose family’s US$18.1 billion fortune derives mostly from pharmaceuticals, acquired a 3.4% voting stake in the company.

His investment followed a US$670 million capital infusion in April from a group led by Canadian investor Lawrence Stroll. Then, on June 4, Aston announced it would cut as many as 500 jobs, or 20% of its workforce, to help cope with lower demand amid the pandemic.

A powerful headwind against these companies is the strong preference among car buyers for light trucks such as SUVs, which made up 75% of car sales in the U.S. through the second quarter of this year.

Bentley, Lamborghini, and Rolls-Royce each recently added an SUV to their lineups, but it’s not a cornerstone of their brands—rather, it’s an add-on to their existing sports car collection. (Ferrari says it will have an SUV soon.)

The special edition allows these brands to play to their strengths, by making fast sports cars with enviable looks.

Here’s how it works: Porsche AG decides to make a special “Heritage” model of its 911 Targa top convertible and limits it to 992 units. That car costs £38,000 (US$48,344) more than the standard Targa—a number that’s almost pure profit, because the special edition doesn’t require the company to make any truly new design elements or mechanical components.

Just as there’s no real technological difference between a Nike Air Max LeBron VII Superman and a “Ring Ceremony” LeBron 10 PE, the only differences between these cars and the base model are in the colours, finishes, and small aesthetic flourishes.

“That is where Porsche makes its margin,” says Michael Dean, head of Bloomberg Intelligence’s European automotive analysis. “The same goes for Ferrari and its limited edition and specials.”

Brands build enthusiasm on such machines much the same way Nike or Supreme do before a drop: They release teasers of the colourways and vague body lines to the media months in advance and produce polished videos showing an edge of the grille. They drop hints like breadcrumbs across social media about the name, pricing, and quantity of the special object.

It all serves to push the company’s name and design prowess into the public eye in the weeks leading up to the release, penetrating (the companies hope) the din on news and social media for the duration of the buildup.

By the end of the push, it matters not that 99.9% of the brand’s fans won’t get one—the attention lavished on the object of desire has more than paid for the effort and marketing expense.

It’s no surprise, then, that automakers have been churning out special editions in increasingly frequent intervals at higher prices than ever. In 2017, Rolls-Royce added dozens more workers to the bespoke shop where all its special-­edition vehicles are made.

It went from zero limited-edition series in 2010 to producing the Cullinan Black Badge, the Wraith Eagle VIII, and the Zenith Collector’s Edition of the Ghost in 2019 alone.

The Rolls-Royce range has extended significantly since 2011, when it came out with a modern example of a special series, the Spirit of Ecstasy Centenary Collection. Gerry Spahn, Rolls-Royce’s head of communications for North America, says, “We are doing more real, different, cool collection cars than ever before.”

At Aston Martin last year, production on special projects went from the normal 50 delivered up to 70, says vice president and chief marketing officer Peter Freedman. (That was before the corona­virus hit, of course, causing production delays across the board for the enterprise, headquartered in Gaydon, England.) Freedman says he noticed more ­enthusiasm for such cars starting six or seven years ago.

“There is more wealth,” he says, “and it’s something that’s driven by the wealthy people who always want something unique.”

Interest in a car that’s special to one’s self is a grand tradition in automaking, even if it’s never been as widespread as it is now. Ferrari was building limited-run 250 GT Berlinettas outfitted by the builder Zagato as far back as the 1950s.

By the 1980s, Porsche was creating small batches of its special 930 Turbo LE (limited edition) 911s—hand-finished with such small flourishes as a deep spoiler. In 2000, Ford released the Mustang Cobra R, limited to a run of 300.

Profits on such expensive machines, as noted, can be huge. It takes roughly a billion dollars to develop a new car from scratch. But for a special version of a Rolls-Royce or a McLaren or even a Range Rover, that money has already been spent. Moreover, consumers must pay for the bulk of the car even before it’s built, when they preorder.

“These types of vehicles can be hugely lucrative for luxury and premium manufacturers,” says Ian Fletcher, principal automotive analyst at IHS Markit. Profit margins at some brands can approach 40% across the board, thanks to consumer appetites that “throw rationality out the window.”

“We create a business model for everything we do,” says Lamborghini chief commercial officer Giovanni Perosino. “We try to avoid having any car that loses money. For cars like this, even before we start production, we already have customers with a down payment and a signed letter of intent.”

If you ask collectors why they buy them, you’ll get a varied response. For some it’s strictly business: Residual values of such special rarities remain strong throughout global setbacks.

“It’s been happening where the limited-edition cars, because they are so limited and so sought-after—the values go up,” says David Lee, a prominent Ferrari collector and businessman. “The market values are a lot more than a standard model, and you feel so good that you made money. I see it as an investment, not an expense.”

Freedman echoes this sentiment: “They always appreciate,” he says. “If you look at the last financial crisis and what has happened to the value of historical cars after that, they have exponentially increased.”

Others simply love owning something so distinguishable from the norm.

Lee compares it to having a customised Birkin handbag. “It’s something not everybody sees all the time, and they know it’s hard to get, so that compliment feels good,” he says. The latest addition to his stable, a Ferrari 488 Pista edition, is set for delivery this summer. “And then of course knowing how hard you worked in order to achieve that,” he says. “It’s a sense of personal achievement in getting one.”

Because not just anyone can get these cars. Only the most dedicated fans­—and in this case, “dedicated” means those with a habit of spending—will even be offered the chance to get one.

“An invitation to buy a limited-­edition supercar means a customer probably already has at least five Ferraris,” Dean says.

And if you want to buy the Lamborghini Sián, you had better have bought a few of the brand’s Huracáns or Aventadors or Gallardos first.

“Not everybody honestly can take a Sián,” Lamborghini’s Perosino says.

As for the Kryptos, Rolls-Royce says there are “a few”—fewer than 10—left to be had.