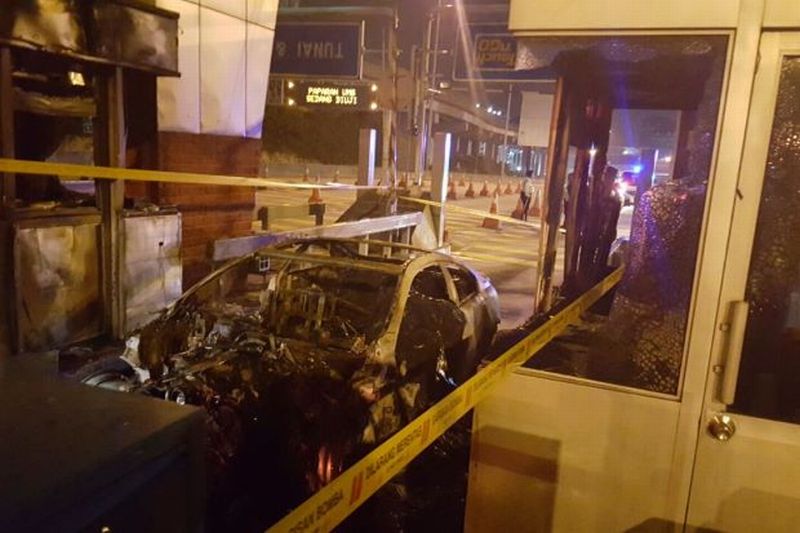 PETALING JAYA: A man who stopped his car before going to sleep in the vehicle at the Sprint Highway toll plaza in Damansara was burnt to death when the car caught fire.

Petaling Jaya OCPD Asst Comm Mohd Zani Che Din said that according to an employee at the toll plaza, the man stopped his BMW at the the Touch ’n Go lane at about 4am on Tuesday.

He said that the driver, who is believed to have been drunk, got out of the car and made his way to the front passenger seat before going to sleep with the car engine running.

“The toll booth employee tried to wake the man up but the car was locked and the windows were shut tight,” ACP Mohd Zani said.

He added that about an hour later, the car’s engine caught fire and the flames spread quickly, burning the man to death.

ACP Mohd Zani said that police were still trying to identify the deceased.