Mazda plans first-ever electric car in 2019, as well as an updated Mazda3 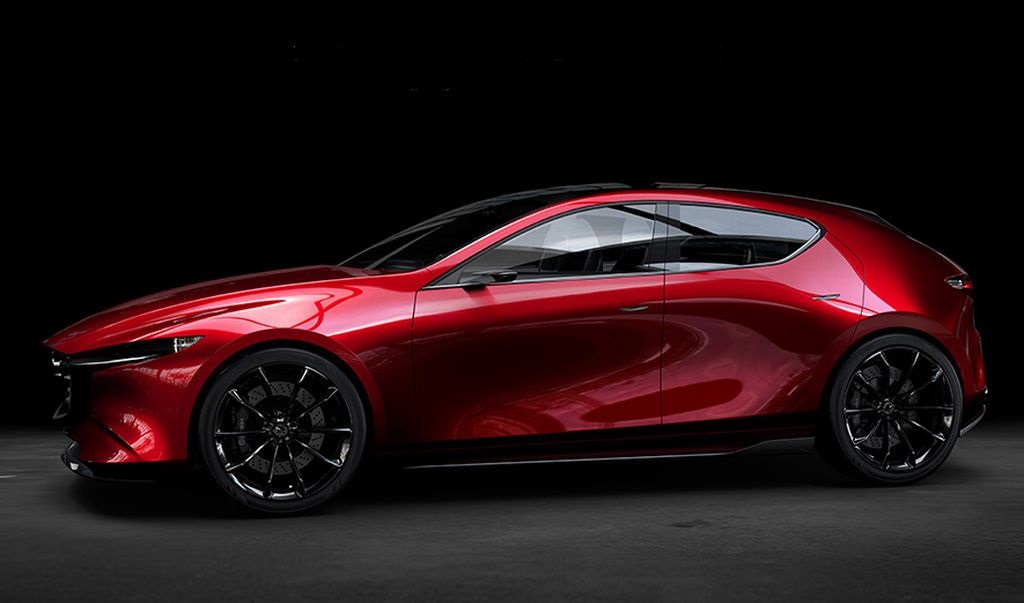 The new Mazda3 will have styling cues derived from the KAI concept car. It will get the Skyaktiv-X engine.

COLOGNE: Looking ahead to 2019, Mazda plans on releasing a new Mazda3 compact model, as well as the company’s first electric car, the head of Mazda Europe, Jeff Guyton, says.

Mazda aims to fit the Mazda3, which takes much inspiration from the 2017 KAI concept car, with Skyaktiv-X technology and thus offer a diesel-like self-igniting petrol engine. But Guyton says Mazda will also soon mark the return of a rotary engine in their electric model.

Implementing a design currently only used by the BMW i3, Mazda hopes to offer a range extender for the e-car based around the rotary piston principle.

Even so, Guyton rejects the idea of further development of rotary engines for the time being and, as such, indicates there will be no RX7 sports car anytime soon.

"As long as there is no breakthrough in rotary engine technology, there will be no new sports car with such an engine," says Guyton, noting in particular the increased engine wear and higher oil and gasoline consumption that rotary engines cause.

But Guyton is not one to give up. "After all,” he says, “five years ago nobody believed in the mixed diesel- and petrol-design engine. And now the technology will soon go into production with us."

When it comes to electric cars, Guyton takes a long-term view, and stresses that there will more electric models added to the Mazda product line. Mazda’s cooperation agreement with Toyota, which is expected to lead to the development of other electric vehicles, will likewise prove to be a very useful resource.

However, this cooperation will not bear fruit in at least three or four years, Guyton notes.