LONDON: McLaren Special Operations, the bespoke division of McLaren Automotive, has sold out all 25 limited edition units of the MSO Carbon Series LT.

Strictly limited to 25 units globally, and based on the 675LT Spider, the Carbon Series LT has been produced in response to
requests from McLaren customers captivated by the visual carbon fibre bodied McLaren P1 displayed recently at the International Geneva Motor Show.

Staying true to the ‘Longtail’ ethos, established by the McLaren F1 in the late 1990s, the MSO Carbon Series LT has a gloss carbon fibre body.

As with the 675LT Spider, the front bumper with larger splitter and end plates, front under body, side skirts, side intakes, lower side intakes, rear bodyside lower, rear fenders, rear deck, rear bumper, diffuser and ‘Longtail’ Airbrake are all carbon fibre. It is therefore not possible to retro-fit the gloss carbon fibre body to an already ordered 675LT Spider and the 25 units supplement the previously announced 500 editions of the standard car that sold out in weeks after the car’s debut on December 4, 2015.

The changes to the powertrain saw more than 50 percent of the components replaced to ensure optimised levels of power, torque and drivability.

These include new, more efficient turbos, detail design changes to the cylinder heads and exhaust manifolds, new camshaft and lightweight connecting rods, and a faster-flowing fuel pump and delivery system.

Acceleration from 0-100km/h takes just 2.9 seconds, and 200km/h is achieved in 8.1 seconds – giving away only 0.2 seconds to the more aerodynamically optimised and lighter Coupe.

The MSO Carbon Series LT is only the third model to wear the LT badge.

McLaren Automotive also added the most focused, fastest and exhilarating open top model to ever wear a McLaren badge with the 675LT Spider, further strengthening the ‘LT’ brand. 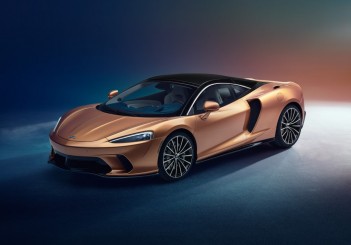