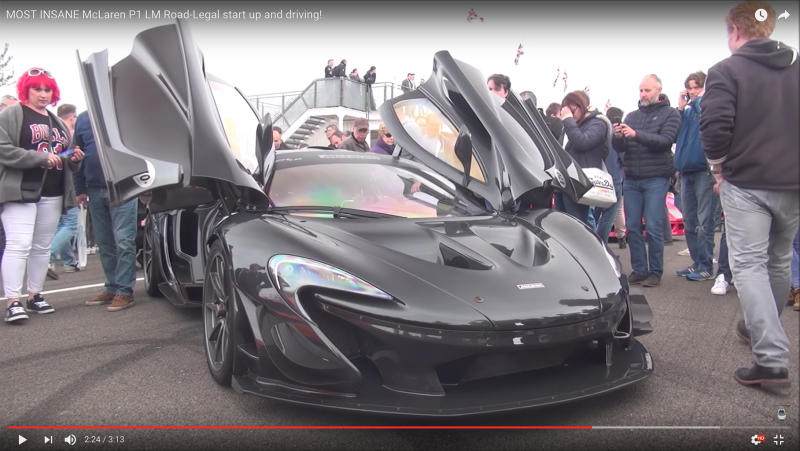 LONDON: Back in March, when the Lamborghini Huracan Performante set a stunning Nürburgring lap record for a production road car of 6-52-01, the Italian supercar manufacturer might have expected it to stand for a while.

After all, it deposed the mighty Porsche 918 Spyder, which is rightly regarded as a true automotive performance legend.

But now there's a new champion in the shape of the McLaren P1 LM, which set a 'Ring lap record of 6-45-09, on May 27, although the rules around being road-legal were probably stretched to the absolute limit to achieve this.

The car used was actually the McLaren P1 LM, originally a track-only supercar before being made road-legal by aftermarket firm Lanzante Motorsport. McLaren never officially timed the original P1 GTR track car at the 'Ring, but Lanzante decided to build just five road-legal examples of the P1 LM for customers in the UK, US, Japan and the UAE, and then time the prototype around the legendary German track.

Lanzante has been globally associated with the McLaren name since 1995. This isn't the first notable record for the Lanzante P1 LM either -- eleven months ago it became the fastest street-legal car to climb the hill at the Goodwood Festival of Speed.

And to prove the street-legality of the car, the prototype that set the record was driven all the way back home to the UK afterwards.

The P1 LM's numbers associated are quite staggering, so its new record is no surprise.

The 3,994 cc engine and hybrid system produces a mind-blowing 1000bhp and 1050Nm of torque, with 800bhp coming from the engine and the other 200bhp from the electric motor. The top speed is "limited" to 345kph.

The center-locking wheels and tires are unique to the P1 LM, and the car is also 60 kg lighter than the McLaren P1 GTR thanks to getting rid of several race parts such as the air-jack system.

The P1 LM road car is designed to be the fastest, rarest, and last of the P1 variants. Only five are being built, and all five have already been sold.