LONDON: A man in England, who recently paid for a used Mercedes-Benz E300 Cabriolet sought arbitration over the advertisement of its 'black leather' seats by its dealer, and was found that they were in fact made partially out of plastic - winning him an £850 (RM4,565) compensation.

It was Kerry Costello who paid nearly £35,000 (RM187,950) for the slightly used cabriolet at a Mercedes-Benz dealer in Bury St Edmunds in Suffolk, England and became sceptical after having read a similar story in the Daily Mail in March, 2018 where another sceptical Mercedes-Benz owner sent samples of his leather seats to be analysed in a lab. The 75-year old Costello - married to wife Lyn and writes crime thriller novels, went back to the dealer for an explanation, but instead failed to receive a satisfactory response.

He then sought the help of the Motor Ombudsman, which later found that the upholstery was in fact made partially out of polyurethane - a type of plastic.

Although a Mercedes-Benz spokesperson said it complied with rules which stipulate what can be described as leather upholstery in cars, the arbitrator ruled that if the seats were advertised as 'leather' then it should be 100% leather - nothing else, and added that the German carmaker's brochure was 'misleading'. The ombudsman then paid Costello a compensation of £850 (RM4,565) - paving the way forward for more similar claims to emerge against car makers, while Mercedes-Benz customers are charged £912.50 (RM4,900) when opting for leather seats in a new car.

The Motor Ombudsman is the UK's automotive dispute resolution body that is fully-impartial - focusing solely on the automotive sector, and self-regulates the UK’s motor industry through its comprehensive Chartered Trading Standards Institute (CTSI)-approved Codes of Practice. 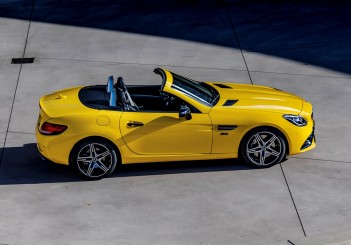