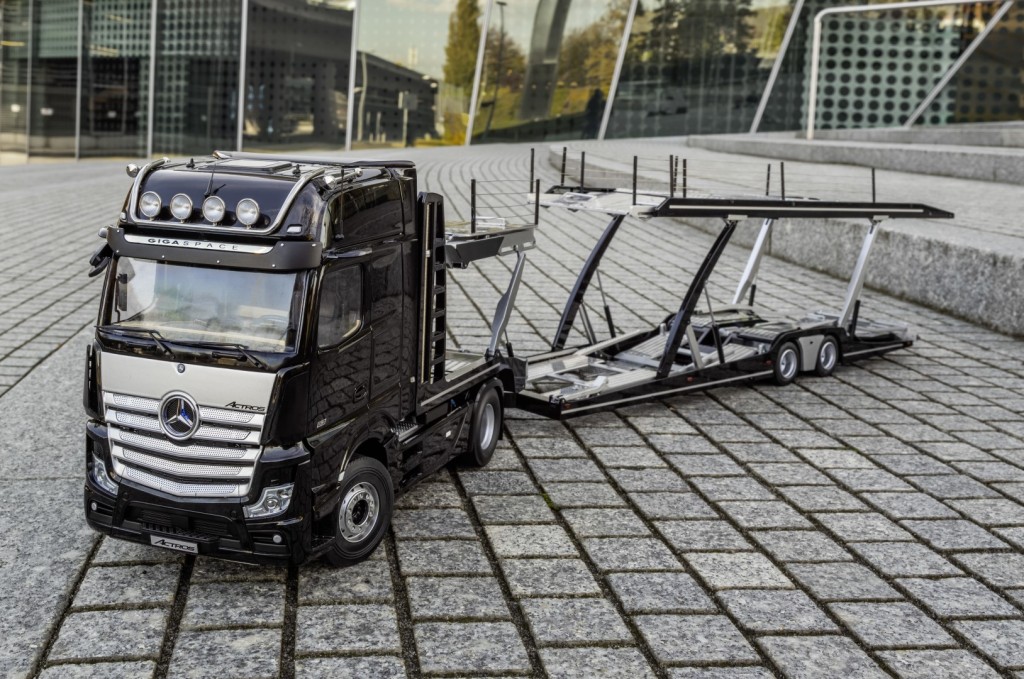 The transporter model is a combination of the new model series of the legendary Actros GigaSpace tractor unit and a fitting semitrailer capable of transporting up to six model cars of 1:18 scale.

Measuring in at 1,130mm-long (965mm car transporter body), 225mm-wide and 137mm-tall, the 1:18 scale tractor unit and semitrailer combination weighs in at 10kg and is manufactured by NZG. 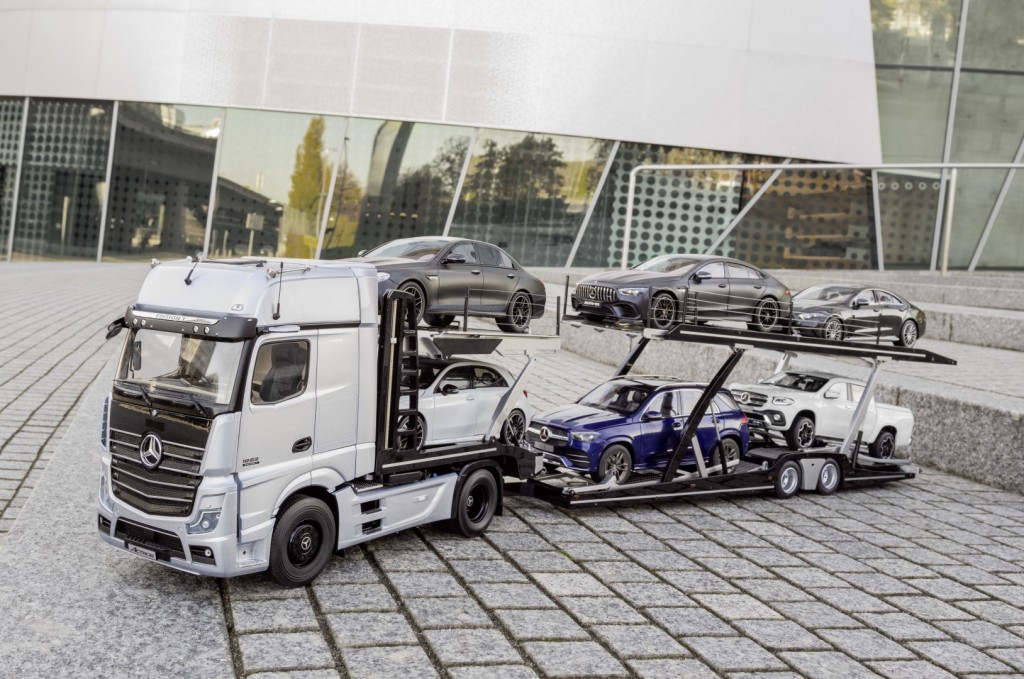 Development of the model took 10 months and is made out of more than 500 individual components - of which there are 167 zinc parts and 80 plastic parts along with 32 etched parts as well as 225 screws, pins and tools.

The vehicle platforms and the loading ramps for the upper and lower levels are made of high-quality metal and also feature the characteristic hole-structure of the original.

All components of the original vehicle can also be used accordingly on the scale model that includes the operating levers for the ramps and on the central axle which are protected by movable flaps. 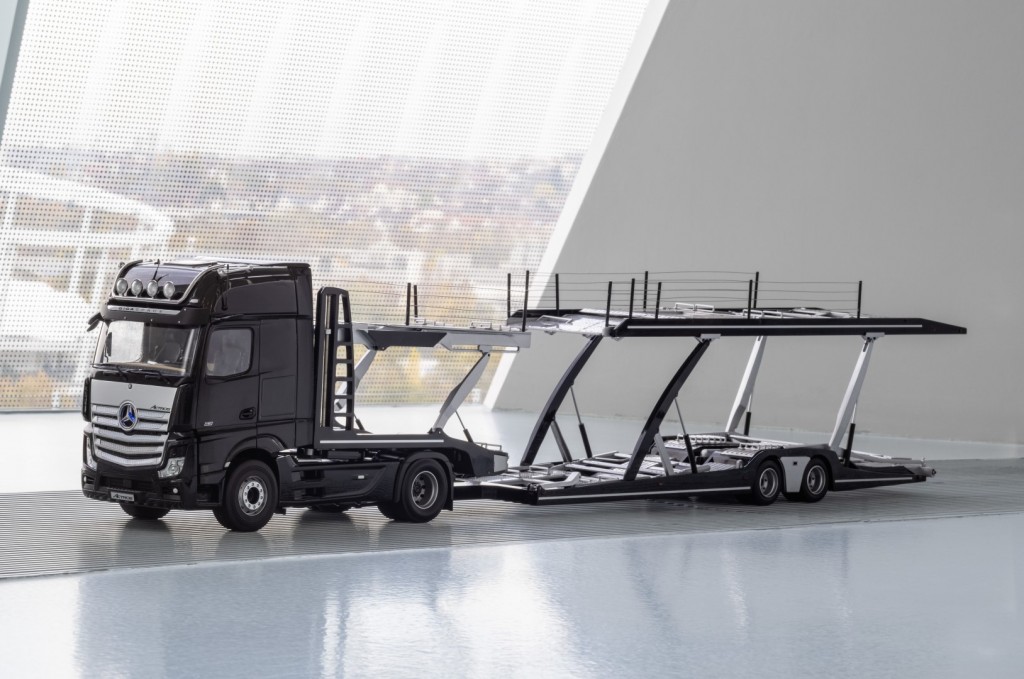 The Actros tractor unit in 1:18 scale was first seen as a "Hannover IAA 2018 - Edition 1" special model, which has been further-developed.

The colour combination of silver and black was adopted to match the appearance of the newly facelifted Actros with MirrorCams that replaces the large side mirrors commonly seen on large commercial vehicles.

Especially impressive is the tippable cab of the Actros tractor to expose the engine, while the driver and co-driver's doors, as well as service flap, can all be opened and even includes warning notices that some grids cannot be used as a step. 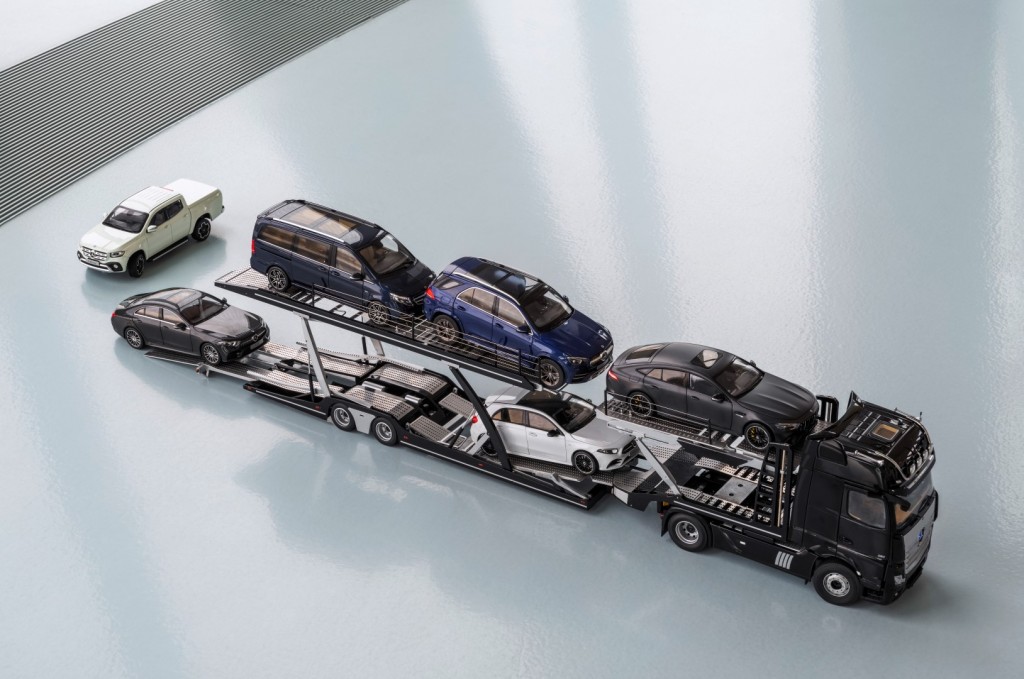 A particular highlight is the Mercedes star on the radiator grille and the interior can both be lit up individually.

The cab itself is true to the original, not to mention digital displays for the Mirror Cam which even display a realistic view of the rear.

And to ensure the Actros car transporter gets a full load, there are other 1:18 scale model choices available for the enthusiast that include: 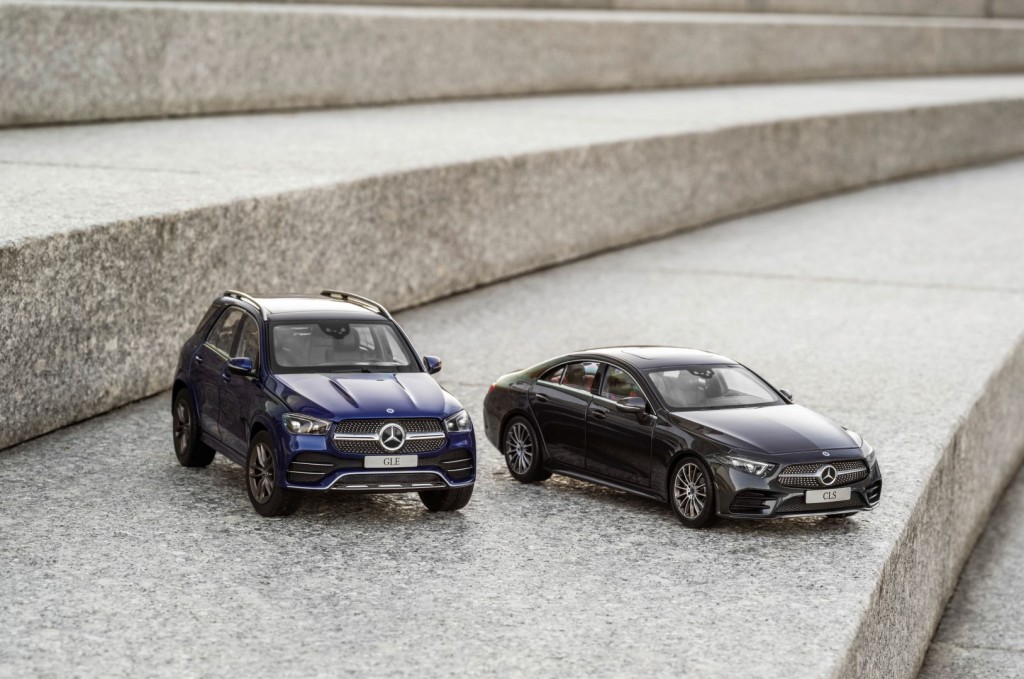 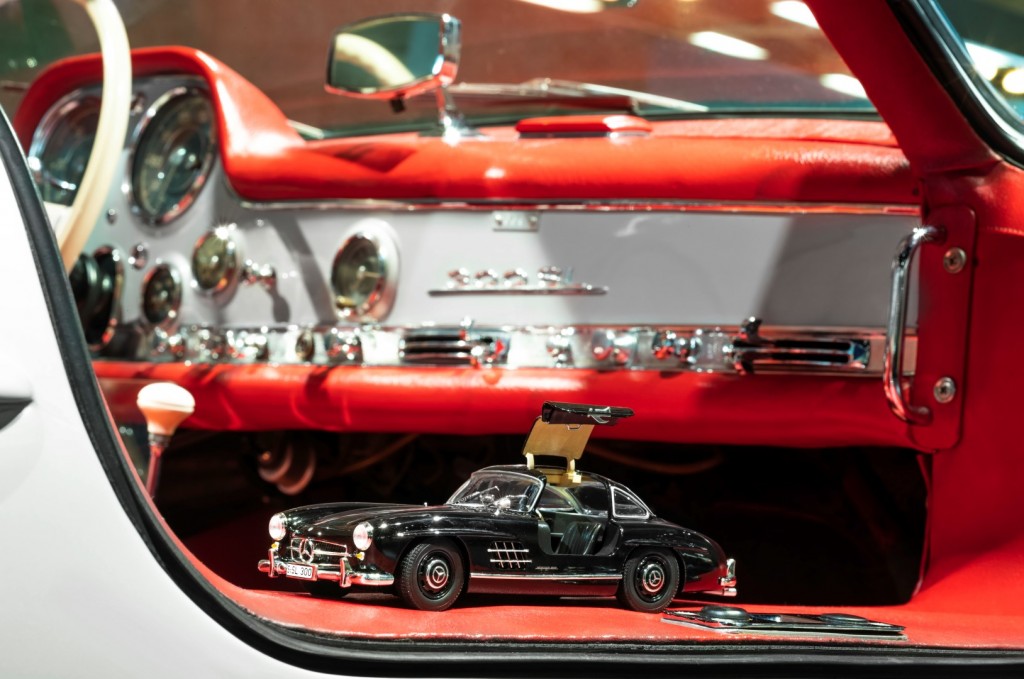 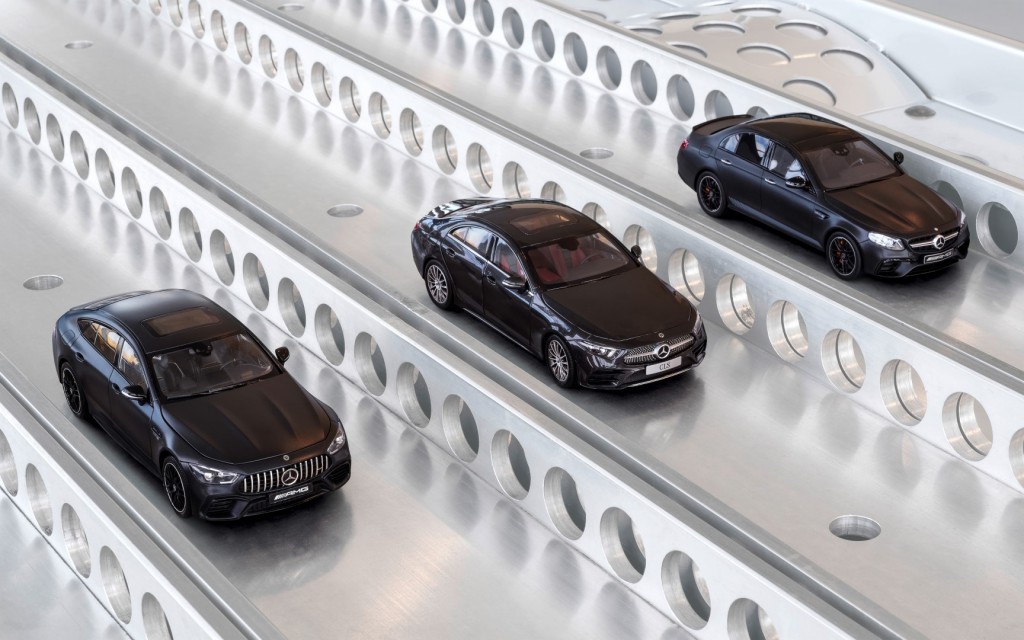 The Actros tractor unit and semi trailer car transporter are available together in a complete set as well as individually.

With the help of a conversion set, the semitrailer can even fit to the older Actros model.

The aforementioned models and that of the Actros car transporter are immediately available from Mercedes-Benz partners or online at http://shop.mercedes-benz.com. 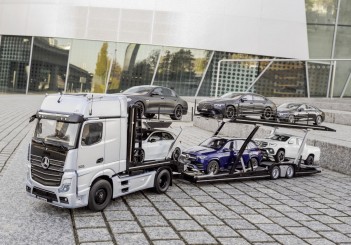 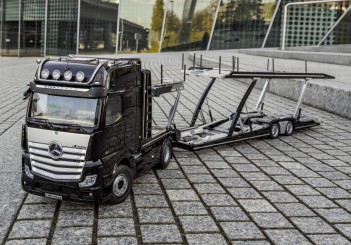 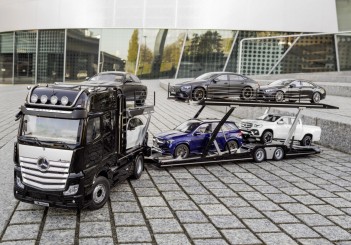 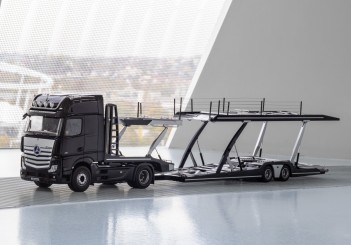 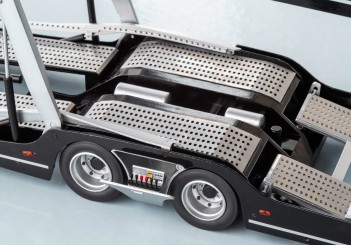 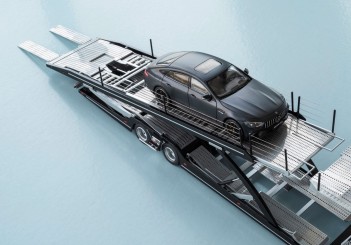 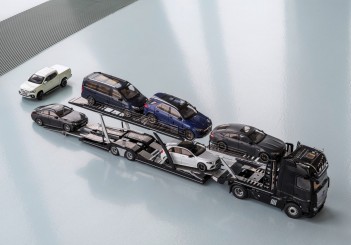 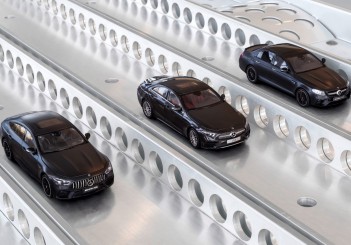 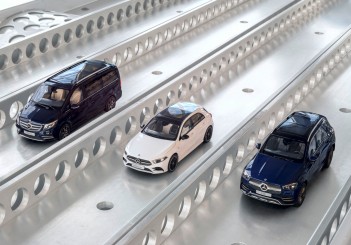 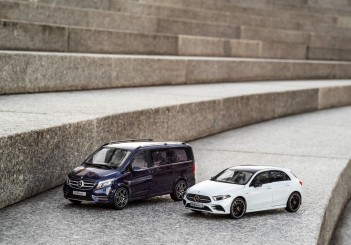 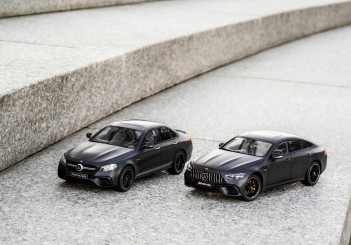 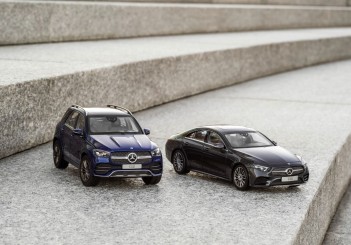 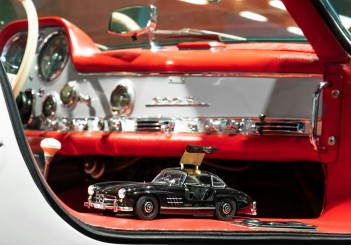